The Green Bay Packers are onto their Week 2 matchup against their biggest rival in the NFC North, the Chicago Bears. After a loss to the Minnesota Vikings, there are things that Packer fans want to see done better against their next opponent.

The first meeting between the two teams dates back to 1921. Since 2018 the Bears have lost 11 out of the last 12 games against the Packers. In the last meeting in 2021, the Green Bay Packers beat the Chicago Bears 45-30 at Soldier Field. Justin Fields is 0-2 against the Packers so far in his career.

The Bears are coming into Lambeau Field on Sunday night after a upset win over the 49ers. With new head coach Matt Eberflus recently leaving the Colts as their defensive coordinator.  The Packers will have to contain Bears QB Justin Fields as he likes to scramble out of the pocket and has running ability. Another threat to the running game is David Montgomery.

Last week the Chicago Bears totaled 204 yards as Fields went 8-17 for 105 yards and two touchdowns. Backup running back Khalil Herbert led the team in rushing yards with nine carries for 45 yards. Former Green Bay Packers wide receiver Equanimeous St Brown scored one touchdown for the Bears during the game on an 18 yard catch. Dante Pettis is another wide receiver that the Packers will have to pay attention to in the passing game.

The Packers defense did not hold up to the task against the Minnesota Vikings. Kirk Cousins completed 23-32 passes for 277 total yards. The biggest letdown was the impact that Justin Jefferson made in the game. He scored two touchdowns and picked up 184 yards.

It was confusing to many as to why Jaire Alexander or no one was covering Jefferson, but there is nothing anyone can do now. Quay Walker could make his return for the Packers on Sunday after his shoulder injury last week.

A lot of zone defense was played with the wrong man in coverage. Green Bay will certainly play zone against Chicago, but hopefully with the proper personnel. Rashan Gary and the entire defense will have to play well to bounce back.

The Chicago Bears defense played a huge role in their win in Week 1. Roquan Smith led the team in tackles with nine and assisted on a sack. They also had one interception in the game made by their free safety Eddie Jackson. Though, the Bears came out victorious, the defense gave up 331 yards of total offense. The Green Bay Packers can exploit them if they run the right routes and make the catches that they are suppose to make. 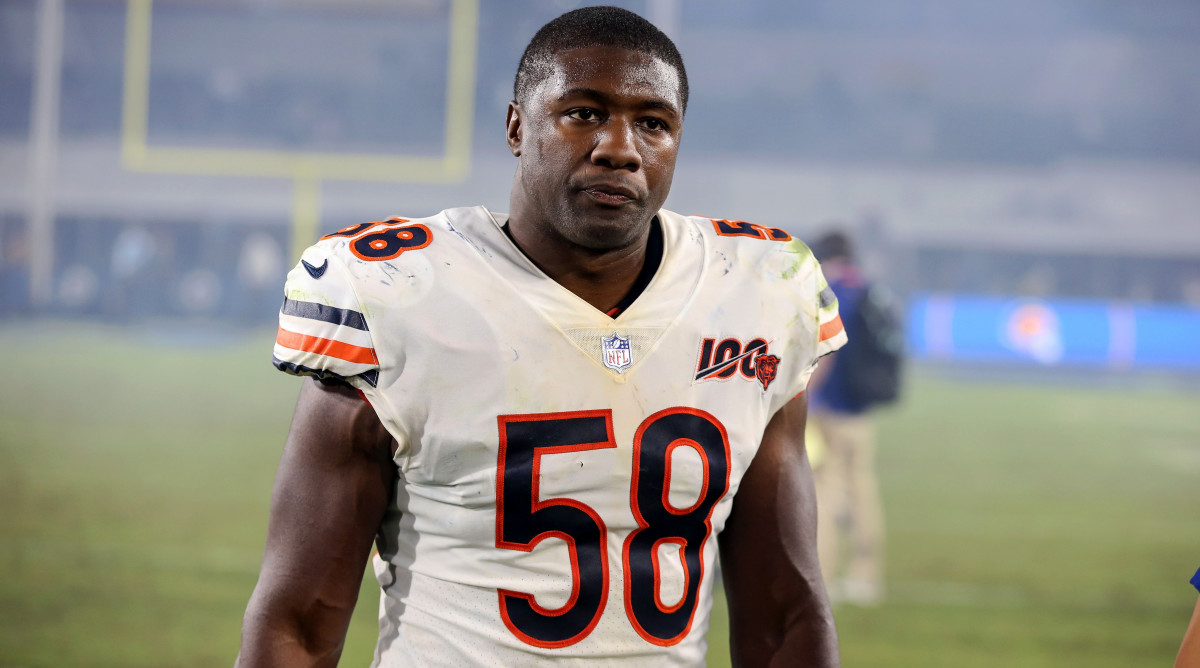 Every Packers fan remembers Aaron Rodgers famous statement in 2021. Hopefully this year it still holds true with what he said. The wide receivers have to produce and play better against the Bears. No question about it, only 7 points will not get it done. Rodgers completed 22-34 for 195 yards, but he threw one interception against the Vikings. Young rookie receiver Christian Watson dropped what would have been a touchdown pass to start the game that stalled the offense. Packers running back Aaron Jones had five carries for 45 yards.

The running game has to improve with more carries given. There can be no more wide open dropped passes. Yes, there will be some incomplete passes, but they have to make good catches and score in the red zone to have success against the Chicago Bears. Allen Lazard may have a chance to play this week. Hopefully it gives the offense a much needed boost if he does see the field.

Packer fans do not want to see or feel another disappointment this week against their biggest rival in the division.  Aaron Rodgers is 23-5 in his career against the Bears. It is time to get a W.  If Rodgers beats them on Sunday night he still “owns” them.

The Green Bay Packers will play the Chicago Bears in primetime at Lambeau Field on September 18th.