The Green Bay Packers were rather quiet in free agency this offseason.  They did, however, re-sign several of their own players, most notably Pro Bowl running back Aaron Jones.  As the team prepares for the upcoming NFL Draft, there are many needs that they will look to address in the draft.  Cornerback is a more immediate need, but wide receiver may also be an early target for the Packers.  After all, they do not have any wide receivers under contract after the 2021 season ends.  The following is a mock draft that focuses primarily on the defensive side of the ball run by thedraftnetwork.com. 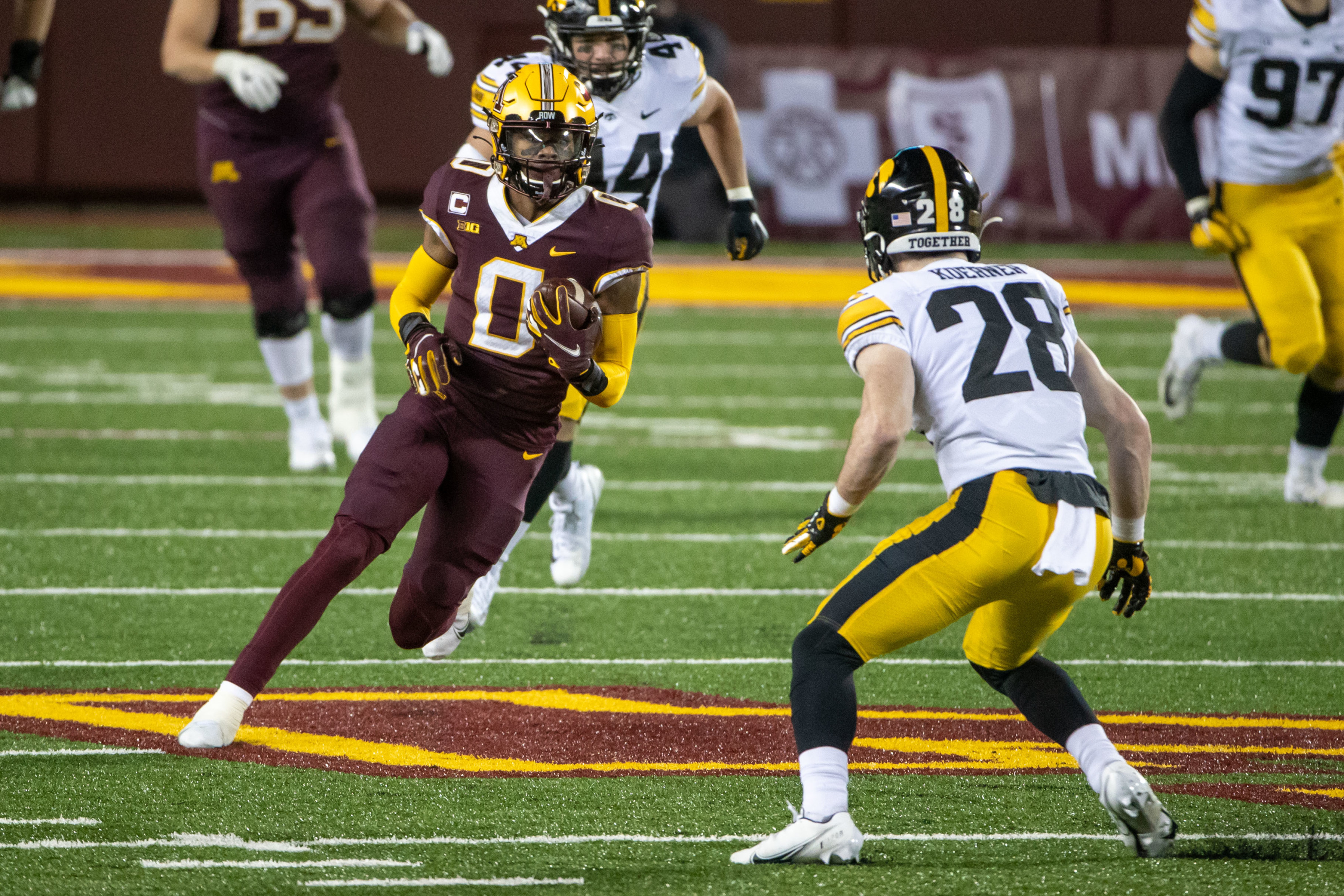 Rashod Bateman has been an exciting wide receiver ever since his freshman year in 2018.  Many feel like 2020 was a down year for the first round prospect, but he still posted 100 or more yards in three out of the five games in which he played.  In 2019, he posted 1,219 yards and 11 touchdowns.

Bateman is a skilled receiver who is fast, runs and sells his routes well, and catches the ball away from his body to avoid drops.  This is a skill that the Packers will find incredibly valuable given their drop issues last season.  Many scouts believe Bateman can start out as a fourth wide receiver right away, and has the potential to improve to a team’s top two options in the passing game.

Bateman does need to improve his blocking, as he sometimes failed to complete blocks downfield.  In addition, he tends to play at a single speed.  That speed is fast, but it sometimes makes him predictable.

On the Packers, Bateman could be an immediate contributor.  While it takes time to build rapport with Aaron Rodgers, the future Hall of Fame quarterback values receivers who go all out, which is what Bateman does.  Bateman is known for getting on the same page with his quarterback very quickly, which would make the Packers’ offense even more exciting. 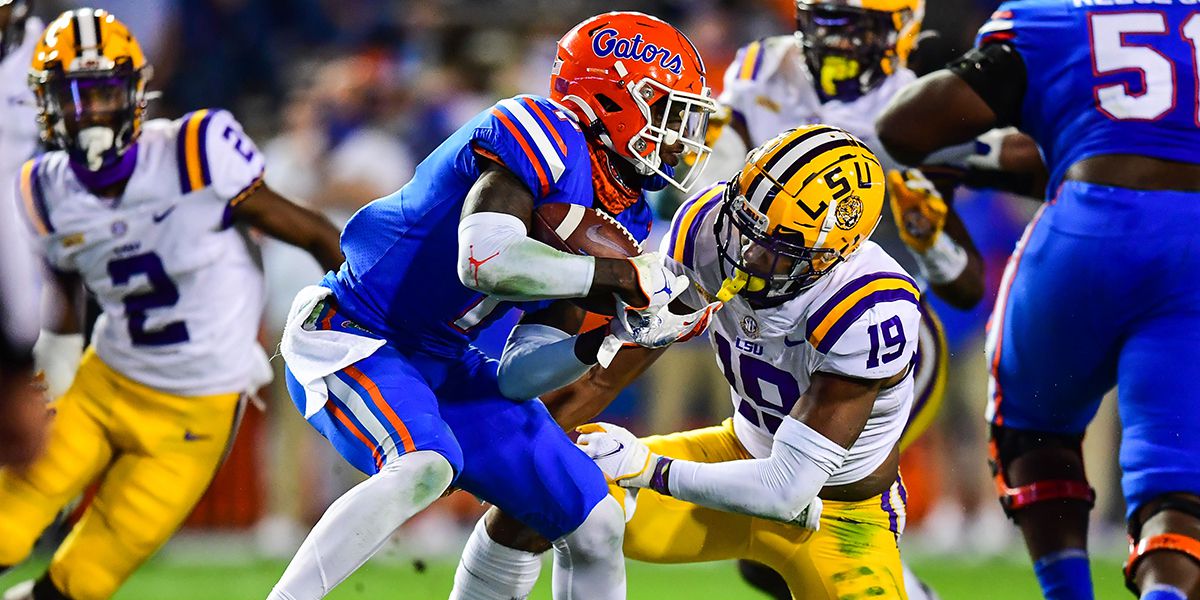 Even though Jabril Cox is projected as a second round pick, he may end up being the best linebacker in this year’s draft class.  A smart player, Cox reads offenses well and can go sideline to sideline very effectively.  In addition, he is an above-average pass defender, which is something that the Packers lacked from their inside linebackers last season.

New defensive coordinator Joe Barry is known to develop young linebackers into stars, and he could do so with Jabril Cox.  One area of growth for Cox’s game is that he has struggled in run defense.  Additionally, he struggles to shed blocks at times.  These skills can be developed, though, especially under the tutelage of Barry.

On the Packers, Cox could compete for snaps at inside linebacker.  Since the Packers run a 3-4 defense, he could see plenty of action from the start.  He would be an immediate upgrade in pass coverage and would immediately be the best sideline-to-sideline linebacker on the team.

Williams did not garner much draft notice during his first two seasons.  However, he has improved his game tremendously over the past two seasons and is considered an up-and-coming lineman.  No one believes that Williams has reached his ceiling, which means that he will only get better as he develops as a pro.  This could make him an absolute steal in the third round.

A staunch run defender, the 280-pound Williams is strong for his size and led his team in tackles for loss in each of the past two seasons.  The Packers’ biggest weakness on defense throughout the course of the 2020 season was run defense, and Williams could become a difference-maker on that front.  In addition, he spent time both inside and outside on the line this past season, so he has versatility to play in any position that best suits his skillset. 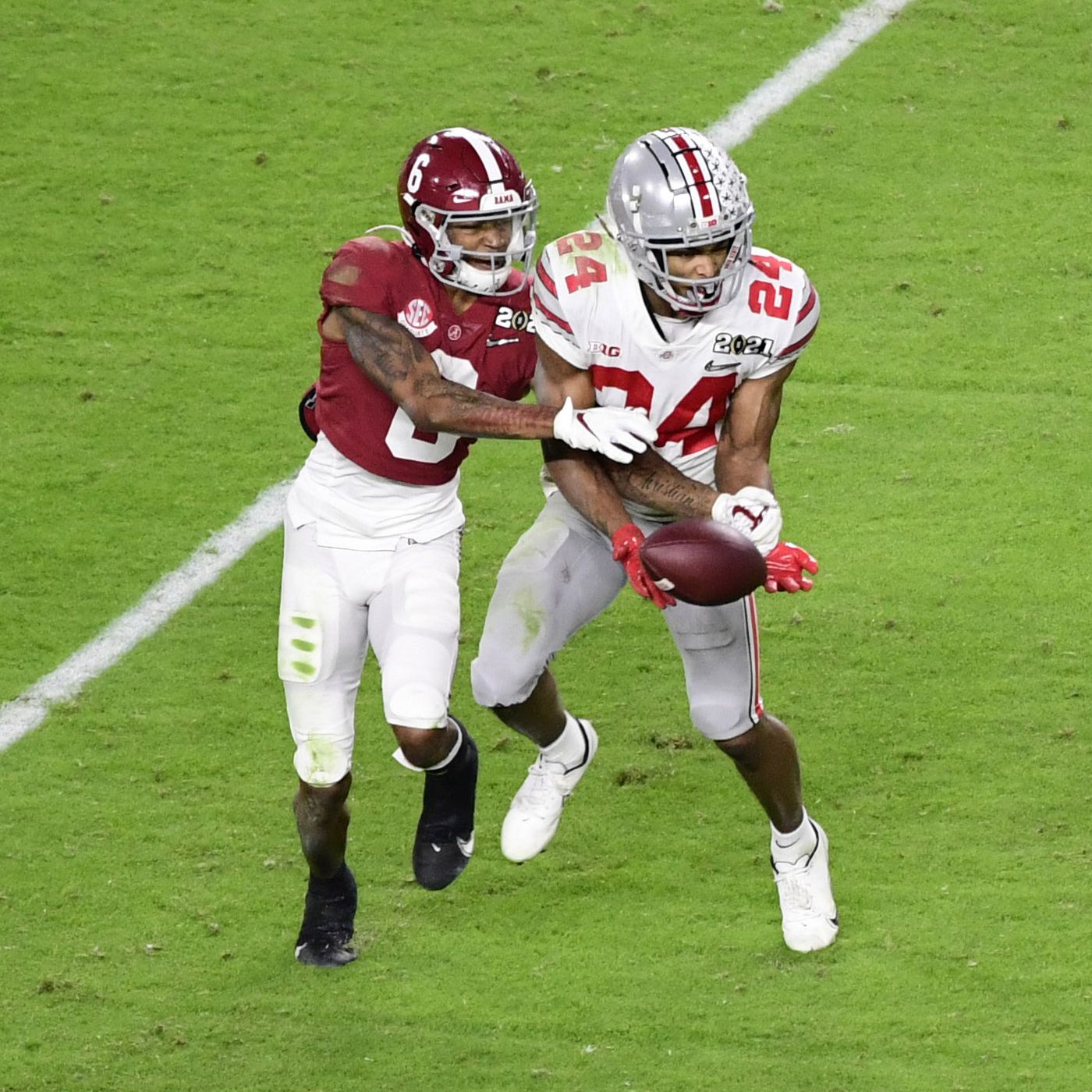 The 2021 NFL Draft class has a plethora of talented cornerbacks.  Due to this, the Packers can wait until the middle rounds to find a cornerback who can contribute right away.  In Shaun Wade, the Packers would be taking a shot on a player who can either be a dominant defender, or a project that will take time to develop.

Prior to the 2020 season, it appeared that Shaun Wade would be an early round pick whenever he decided to declare for the draft.  However, Wade displayed some work ethic issues in 2020, and was known to take some plays off at times.  Perhaps it was due to the nature of the COVID-impacted season.  Perhaps he wanted to save himself for the Draft.  In any case, his play this year lowered his draft stock and leaves teams wondering what kind of player they might get.

On the upside, Wade is a physical defender who tackles hard and makes clean plays on the ball.  He can hang with receivers throughout their routes and can compete for highly thrown balls.  He has to work on his efficiency as he sometimes takes indirect routes to the action. The Packers have two of the highest graded safeties in the NFL in Darnell Savage and Adrian Amos.  However, after them there is a steep decline in talent at the position.  Talanoa Hufanga is an underrated safety who could provide depth and production at the position.

Talanoa Hufanga is considered a run-defense-first safety, which is fair considering how good of a tackler he is.  He is quick to chase down ball carriers and drives through his tackles.  However, what is lost in this description is how good of a pass defender he is as well.  Indeed, Hufanga can be considered a ballhawk as well.  This past season, the junior safety recorded four interceptions in just six games.  He also recorded three sacks and two forced fumbles in the shortened season.

As a Packers safety, Hufanga would start out as a second string player who could also help improve the team’s woeful special teams’ play.  If he is able to make his game translate to the next level, the Packers would not see much decline in the the level of play on the field when either Savage or Amos heads to the sideline for a rest.