The #12 Wisconsin Badgers, fresh off a victory over Loyola-Chicago, will finally face off against the #23 Louisville Cardinals at the Kohl Center. This game was set to be a part of the ACC/B1G Challenge and was supposed to take place on December 9th. Louisville, however, had run into some issues with positive COVID 19 tests, so they had to hit pause on team activities for a while.

Initially, it wasn’t known if this game would be rescheduled, but they snuck it in at the last second. Well, it’s better late than never. Wisconsin was supposed to start conference play on Monday against Nebraska, but since this game got scheduled, they were able to push the game back a day to Tuesday, the 22nd.

Now that the game is back on, let’s take a look at what time the game is on, where to watch, the match up preview, and more!

This is the second time Wisconsin has faced off against Louisville. Their first meeting took place in December of 1978. The Cardinals defeated the Badgers, 70-53. 42 years later, the Badgers look to even the series at 1-1.

Currently, there isn’t a line on the game, so there are no betting favorites. However, according to ESPN’s Basketball Power Index (BPI), Wisconsin has a 73.4% chance to come out of this match up victorious.

Through four games, their leading scorer is senior guard Carlik Jones, with 17.3 points per game. Jones takes about 13 shots per game, hitting 47% from the field, including 60% from three-point range. Behind Jones is freshman center, Dre Davis. He is averaging 12.5 points per game and grabbing 4.0 rebounds, and blocking 1.0 shots per game. 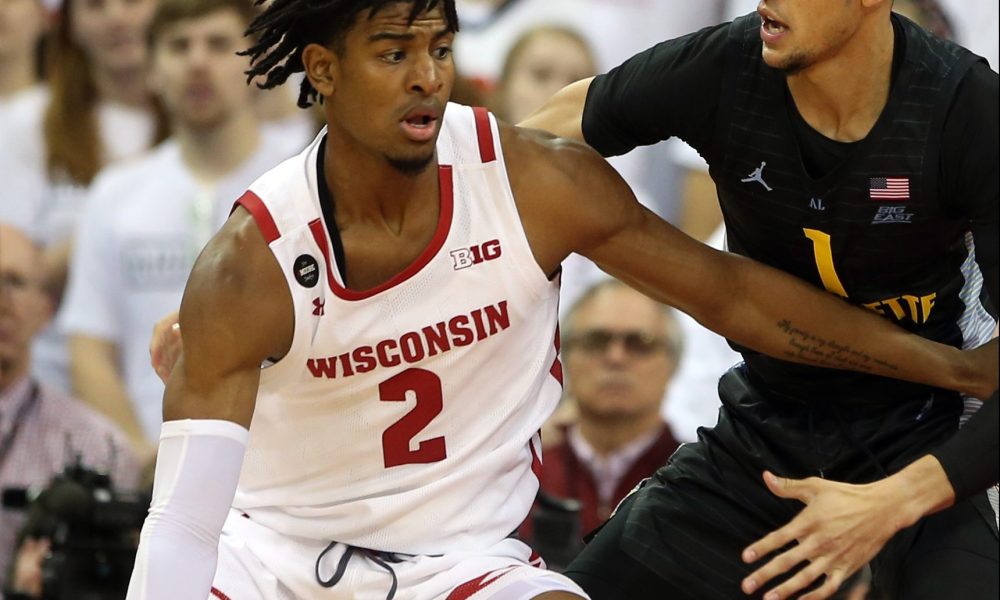 Wisconsin has very similar stats. They average 77.7 points per game on offense while allowing just 59.8 points per game. They are also grabbing 36.3 rebounds per game, with 13.7 assists, 6.0 blocks, and 5.5 steals per game.

The Badgers’ scoring is pretty evenly dispersed throughout the team. Micah Potter leads the way with just 12.8 points per game. Coming in closely behind him are D’Mitrik Trice (12.0), Nate Reuvers (11.5), and Brad Davison (10.8). Freshman guard, Johnathan Davis has also made his presence felt as well. He averages 8.2 points per game as well.

This Wisconsin team has been hot from three the past few games. On the season, they are shooting 39.7% from beyond the arc, up from 35% last season. That is something the Badgers will look to continue.

This is a Louisville team that is going to be short-handed against Wisconsin. Louisville head coach, Chris Mack, says the Cardinals will only have about seven or eight scholarship players available Saturday morning. This is something Wisconsin needs to take advantage of.

Being at home will also be an advantage. Although there are no fans in the Kohl Center, being at home still certainly favors Wisconsin. The Badgers are 5-0 at home this season. They are outscoring teams at home by an average of 21.8 points per game.

At the end of the day, I think Louisville’s lack of depth will really be the difference in this game. Wisconsin has too many threats to try to shut down just one player. Any one player could be the leading scorer, and that’s what makes this Wisconsin team so tough to beat. Louisville’s only hope is to get Wisconsin into foul trouble, an issue they have been working through in the past few games. I think Wisconsin is ahead by about seven points for most of the game before they pull away at the end and win by about 10 and go on to 6-1 before conference play.