Wisconsin will be breaking in a new quarterback this season after senior quarterback Jack Coan injured his foot in practice and will miss the entire season. That means redshirt freshman Graham Mertz will be leading the Badgers in the 2020 season. 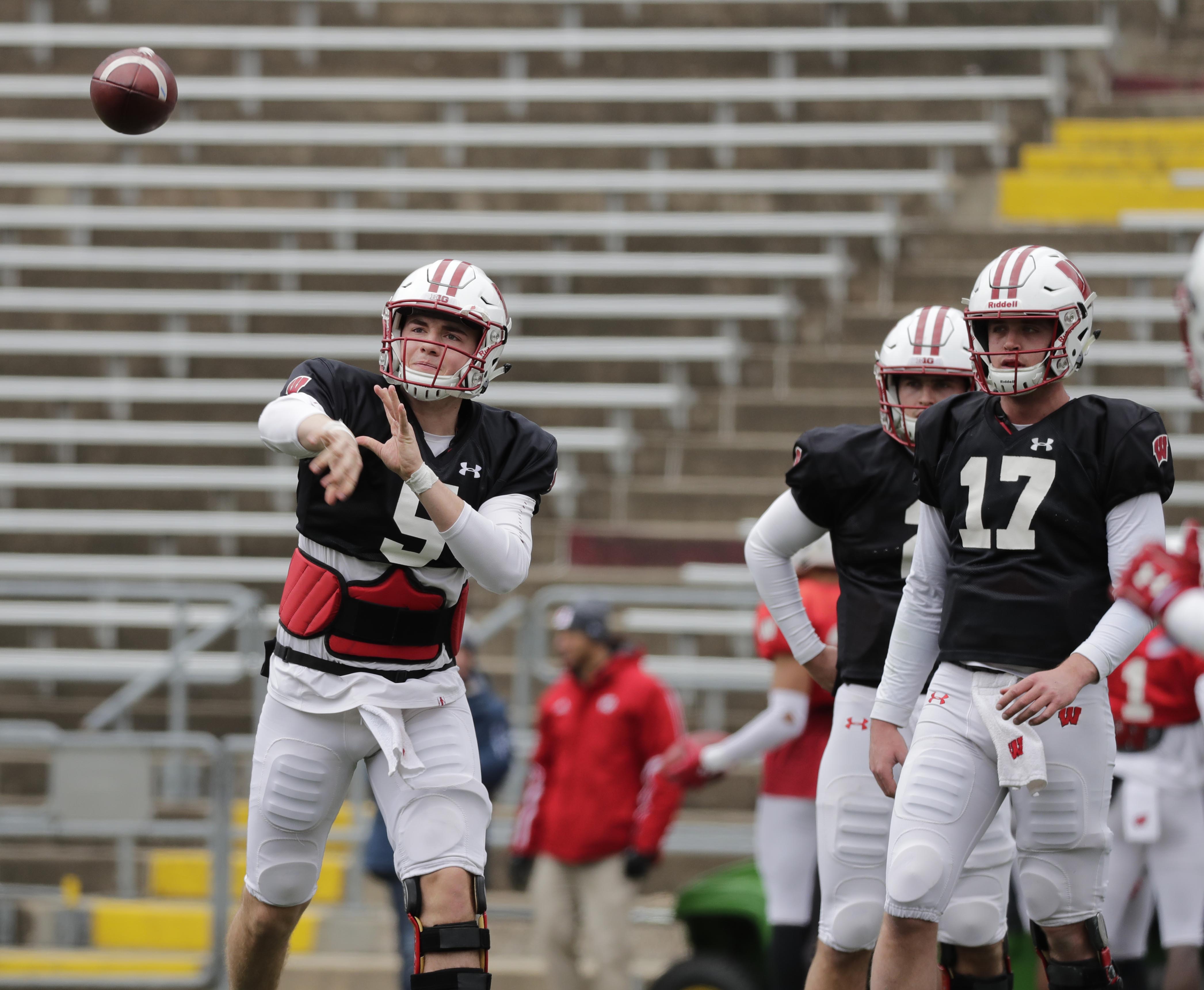 Normally, as a senior, this would have been Coan’s last season with Wisconsin, unless he applied for a medical redshirt. But this season, the NCAA isn’t counting this season against a player’s eligibility. That means Coan could potentially come back next season for the Badgers.

The thing is, what if Mertz plays really well this season? What if he pans out to be what so many Badger fans hope he is? Or, what if the Wisconsin coaching staff decides to look toward the future and decides to roll with Mertz over Coan? Well so far, the word is that Mertz has looked really good in practice.

#Badgers DL coach Inoke Breckterfield on Graham Mertz: “He throws a nice ball … he can sling it.”

The Wisconsin football twitter account posted a video of freshman wide receiver Chimere Dike making a nice one-handed pass. Mertz is the one throwing the pass and has some really nice ball placement, throwing it only where his receiver could get it. Check out this dime:

This injury could be the worst-case-scenario for Coan. Not only has he lost his football season, but he could also very well have lost his spot as the starting quarterback at Wisconsin.

Jack Coan is a Power Five-level quarterback. When he comes back from his injury, he will be a quality starter, just probably not with the Badgers. If Mertz has the starting spot locked down, then Coan will probably look for other opportunities.

What are Coan’s options?

Badgerswire site editor Asher Low and Ben Kenney had a conversation on a recent episode of Locked on Badgers about what would happen with Coan. Both thought that Coan would probably end up transferring from Wisconsin. Kenney thought of a destination in the Big Ten that Coan would be able to slide right into and have success. When you think about it, unfortunately, he is right. Michigan.

Michigan has a lot of talent on the roster. A lot. And one position they can’t seem to get right is the quarterback position. Hopefully, it won’t come down to that and Coan would transfer out of the Big Ten, but at the same time, you couldn’t blame the guy either.

Either way, I think we’ve seen the last of Jack Coan in a Wisconsin Badger uniform. It’s an unfortunate situation, but with the way everything seems to be falling, it really feels like this is the start of the Graham Mertz era in Madison.