Post season play is here and Wisconsin heads into Friday knowing the task at hand. After finishing tied for first in the Big Ten regular season standings, the Badgers claimed the number two seed in the conference tournament. With two consecutive byes, Wisconsin is now set to face off against the seventh seeded Michigan State Spartans.

With the win the Spartans move to 21-11 on the season. Tip off for Wisconsin and Michigan State is set for 5:30pm at Gainbridge Fieldhouse. Fans can catch the game on the Big Ten Network.

How Will Johnny Davis Look Following his Injury?

Badger fans breathed a sigh of relief following the news about Johnny Davis injury. The Big Ten Player of the Year talked to reporters yesterday. The talented sophomore mentioned he felt ready to go for post season play.

#Badgers Johnny Davis: The plan is to play and be there for my team.

Although salty about the elbow to the head, Davis is ready to support his team. Against Michigan State earlier in the season, the La Crosse native played a crucial role. Davis averaged 25 points between both match ups and was a huge part to their victory in East Lansing. It’s still unclear how much the ankle will bother him though. However if there’s one thing we know about Johnny Davis, he never gives up. I guarantee you he will be ready to go. No matter how much the injury may bother him.

After Johnny Davis went down, it was almost a worst case scenario to Sunday’s disappointing loss. Although Wisconsin would go on to lead 72-61 with 5:48 remaining, it’s like the rug was pulled out from beneath them. The Badgers finished without a single field goal to end the game. Nebraska would go on to win 74-73 at the Kohl Center.

Throughout the first half and the majority of the game, Wisconsin didn’t feel like Wisconsin. The Badgers had five turnovers in first four minutes of the game and finished with 16 on the night. For a team that averages less than nine per game, it was shocking to watch. Wisconsin also seemed to let Nebraska do whatever they wanted offensively for the first 15 minutes of the game. Along with controlling the outcome of the game at the end.

So how will Wisconsin respond? For senior Brad Davison, that meant just 20 minutes following the game. “I’m ready to go to Indy. Whether we’re a 1 or a 2-seed, doesn’t matter to me.” Davison’s attitude is a good start. Look, I think we can all say the loss Sunday was disappointing. Every Badger fan wanted Wisconsin to claim the Big Ten title outright. But they have to put the game behind them.

The Big Ten tournament is a fresh start for everyone. Even though everyone is seeded, it’s a chance to correct some wrongs from the season. More importantly a chance to get you into the NCAA tournament. Sunday evening was not Wisconsin’s day. However Friday is a brand new game. A game the Badgers must come ready for.

Michigan State once again found a way to get a victory. It wasn’t easy, especially after giving up 16 turnovers in the second round win over Maryland. But what the Spartans did was find good looks. Maryland outshot Michigan State 64 to 54 but in those 54 attempts the Spartans finished at 50% shooting overall and over 42% from three point range. Along with that, Michigan State converted 13 of their 16 free attempts.

If Wisconsin is going to come away with a win, they must do a good job limiting Michigan State’s attack inside. In their first matchup, the Spartans had 28 free throw attempts. All game long they got inside the lane. In the end, the Badgers had no answer for it.

The good news? Wisconsin was missing their glue guy in junior forward Tyler Wahl. In East Lansing, Wahl was quite the difference maker. The Spartans would have just 18 attempts at the free throw line and forced them to just 42% shooting. If Wisconsin is able to limit things inside, it will be a crucial piece to coming away with a win. The Badgers must do a good job on the glass as well. Winning the rebound margin and 50-50 balls will be important to limiting extra Michigan State opportunities.

Right now Wisconsin sits comfortably toward the top of NCAA tournament projections. Joe Lunardi of ESPN has the Badgers as the last two seed. With this they would also be playing in the Milwaukee. I’m sure fans would love to make the short trek over from Madison to catch them in the first and potentially second round. However that also means the Badgers need to keep winning.

It all starts with their matchup against the Spartans. I think this one will play out like most Big Ten tournaments games so far. Wisconsin will come out and control the game but Michigan State will inch their way back. From there it will be a down to the wire finish. Considering those are the type of games the Badgers have won this year, I’d tend to lean toward Wisconsin. 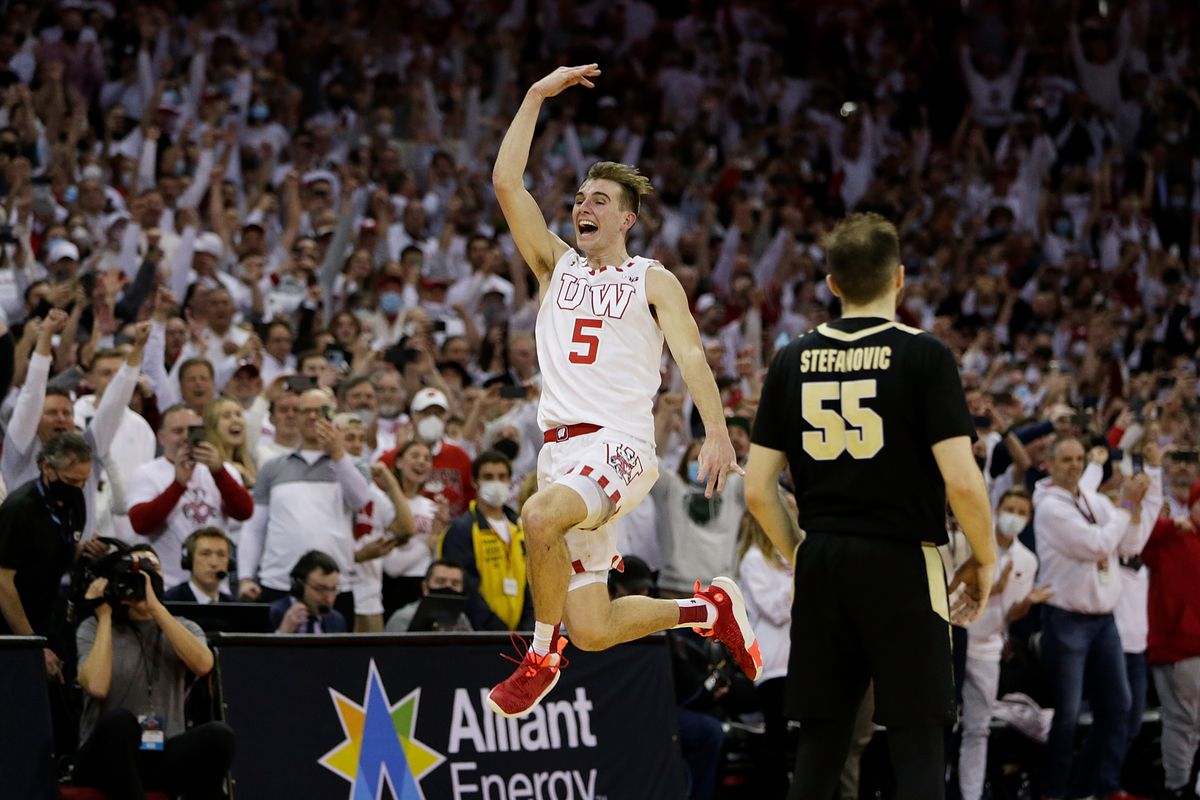 Turnovers will be important to watch for both teams. All season long the Spartans have struggled protecting the basketball. But Wisconsin is coming off their worst turnover game of the season. If Wisconsin protects the ball like they usually do, I think it’s a difference maker. Especially to getting back to the usual Badgers team they are.

In the end, I still think Wisconsin is the better team. I had them to at least the semi finals and I’m going to stick with it.