Will the MLB Start the Season On Time? Major League Baseball’s lockout is still in full swing. With a lack of progress between the players and owners, baseball fans are surely wondering whether or not the season will start on time.

Looking at recent MLB work stoppages, the short answer is No.

Why Won’t the Season Start On Time?

The 2022 MLB lockout began on December 2nd, 2021 after the collective bargaining agreement expired. Although both parties had ample opportunities to compromise and come to an agreement before the expiration, nobody was willing to budge.

It has been nearly three full months since the lockout began, and there has been very little progress. MLB expert analysts like Jeff Passan have urged fans to remain optimistic that a deal before March is possible, but don’t bet on it actually happening by then.

What Does Each Side Want?

Both the players and the owners came to the negotiating table with very different offers. Let’s dig into what the most recent proposals have been over the last week.

Here’s a rundown of what the owners proposed earlier this week versus what the players association is asking for:

In addition, the players union has indicated they will not agree to an expanded postseason format for 2022 if they do not play a 162-game season and are not given the opportunity to earn their full salaries. The expanded postseason is said to be worth $100 million or so in additional revenue to MLB. The MLBPA proposed a 12-team postseason earlier this offseason. MLB is seeking a 14-team format. 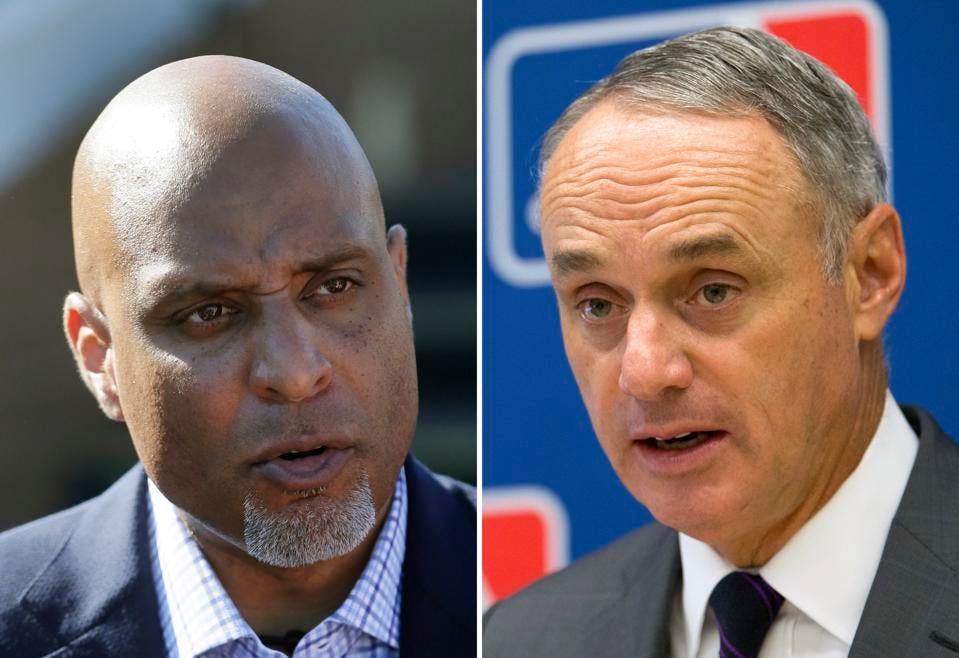 What Happens if a Deal Doesn’t Get Done?

If an agreement isn’t reached by February 28th, 2022, Major League Baseball has vowed to cancel games and delay the start of the season. If games are cancelled, they will not be rescheduled. As a result, players will miss out on the opportunity to be paid for those games.

Many baseball experts believe that it’d be much more effective for the owners to lift the lockout and continue negotiating while the season gets started. The National Labor Relations Act would require the two sides to operate under the terms of the previous collective bargaining agreement while continuing good faith negotiations. However, many believe that is not a viable option in the eyes of the owners.

If games get cancelled, it is less likely that the MLBPA would be willing to compromise since they’ve already lost money. The owners know this, but they’re trying to assert what they believe to be “dominance” over a player’s union that is more outspoken than ever.

The Lockout’s Repercussions on Baseball

A lot of the focus throughout the MLB lockout has been about who will blink first. Will the owners continue to have an imbalanced control over salaries and service time? Or will the players put on enough pressure to ensure they’re all paid equal to their value? While it is an interesting “battle” to watch, it also has some dangerous repercussions on the game of baseball. There is one repercussion that stands out above all else…

The game is losing popularity.

Long before the lockout, baseball has been struggling with gaining popularity amongst younger generations of fans. Major League Baseball has tried creative ideas like Players Weekend and loosening restrictions on the color of players’ cleats. However, these efforts are fairly meaningless in the grand scheme of things.

There isn’t a “wow” factor in baseball anymore. Any attempt at making the game more fun with celebrations has been immediately shut down by “unwritten rules” of baseball. While it is true that baseball is a game of tradition, it needs to evolve to survive in an era dominated by the NFL and NBA.

Both parties need to come to an agreement by February 28th if they want what is best for the game of baseball. Compromise is hard, but it is necessary for successful negotiations. Fans want the baseball season to start on time, and if the players and owners want to make money, they need the season to start soon.