It’s that time of year… the fantasy playoffs are in full swing. I’ve got starts and sits at each position for week 15 to help you make decisions for your playoff matchups. 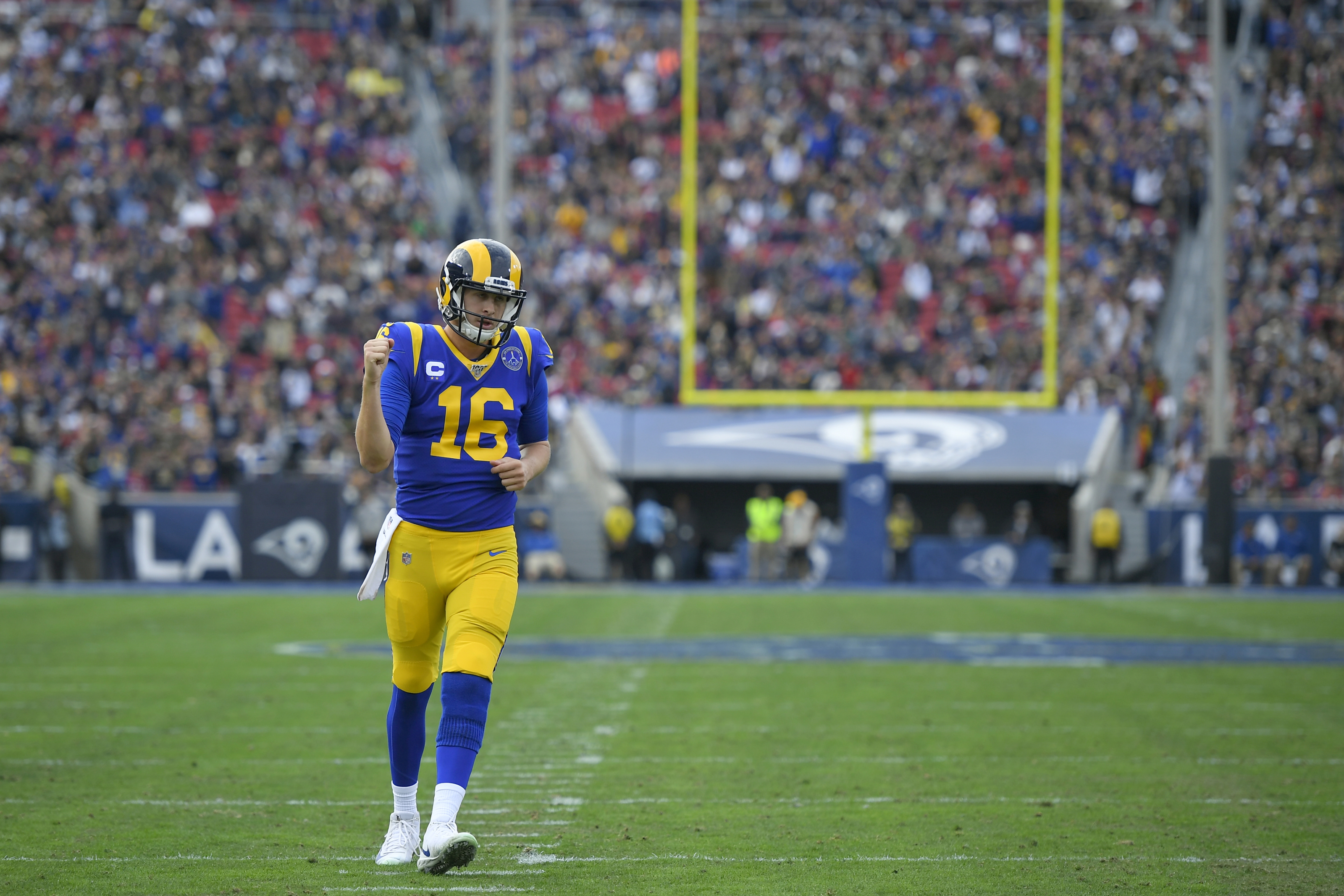 Any team that plays the Jets is bound to have a big day through the air. They currently give up the 2nd most points to the QB position, so Goff should be a good play here. New York has also allowed the 2nd most passing yards in the league this season behind only Seattle. You may be worried about this game getting out of hand and the Rams running the ball a ton. This probably will happen, but the Jets have actually been solid against the run this year, allowing the 8th fewest yards per attempt in the league. If the Rams get up huge in this game, it will happen through the air.

This is another QB who I want to start just based on the defense he’s playing. Atlanta’s pass defense is atrocious, allowing the most fantasy points to QBs this year. Similar to the Jets with the Goff matchup, Atlanta has a solid run defense that is better than most people think. For the Bucs to win this game, they will need to make it happen by passing. Ronald Jones is also out for this game, so look for that to increase the amount of pass attempts from Brady as well.

If you’re in need of a QB, Hurts is someone who has a nice floor given his rushing. Last week against a stout Saints defense, he ran 18 times for 106 yards. He still has a lot to prove as a passer, but this matchup is one that is favorable for both rushing and passing. Arizona is 21st against opposing QBs and allows the 9th most yards per QB scramble. Even if Hurts struggles as a passer and doesn’t reach his ceiling, he still is a safe play with his rushing.

Russell Wilson (vs WAS)

Things have slowed down mightily for Russ after a super hot start to the season. He had 26 TDs in his first 7 games, but has just 11 in his last 6. Washington has also been good against opposing QBs, allowing the 9th fewest points to the position. Wilson isn’t someone I’m trying extremely hard to bench, but if you have other options, they might be worth considering over him.

This one is difficult because this is actually a good matchup for most QBs. The issue is that Detroit is so bad against the run that I think Tannehill might not have to do much. Teams run the ball 43% of the time against the Lions, which is the 3rd highest percentage in the league. On top of that, the Titans run the ball 47% of the time, the 4th highest mark in the league. All signs point to a huge Derrick Henry game, which would worry me about starting Tannehill. He should be efficient and still a good real life QB, but the volume might not be there for fantasy.

Davis has been a very solid fill-in for the injured Christian McCaffrey, averaging 12.4 fantasy points per game. The Packers are known to struggle against the run, and they allow 4.6 yards per carry. Even if the Panthers get into a negative game script and need to pass, Davis is used a lot there. He has 57 receptions for 371 yards and 2 TD this year, so no matter what, I think he is a must-start this week.

This one somewhat depends on if Mostert plays, but even if he does, Wilson is a good play. Dallas is arguably the best matchup in the league for RBs. They allow the most yards per carry in the league, and teams run the ball a league-high 45.4% of the time against them. If Mostert plays, he is still likely to be limited, so Wilson could be in for a big day. If you’re in need of an RB, look his way.

Dobbins has begun to take on a larger role in this backfield recently, and this matchup is awesome. Jacksonville is horrible against the run, and teams love to run on them (43% of the time to be exact). This matches perfectly with the run-heavy attack that the Ravens utilize, and they should get into a positive game script. Expect a heavy dose of Dobbins, and Gus Edwards could even be started in lineups too.

Conner has been disastrous for your fantasy team lately, and just simply hasn’t looked good. Over his last 5 games, he is averaging just 49 scrimmage yards per game and only 3.5 yards per carry. On top of that, he has just 1 TD during that stretch. The Steelers have just completely abandoned the run, too. Over the last 5 weeks, they are running the ball only 28.5% of the time, the lowest mark in the league. And even though this is a good matchup, Conner had just 13 carries for 36 yards last time he played Cincinnati. He cannot be trusted, and I would look elsewhere.

Elliott has also been very disappointing lately. He’s averaging just 3.8 yards per attempt and has only 1 TD since week 7. Combine this with a matchup against a Niners defense allowing the 7th fewest yards per carry in the league, and you have trouble. He basically needs to find the end zone to have a decent day, and the Niners also have allowed the fewest rushing TDs in the league this year. It’s time to bench Zeke. 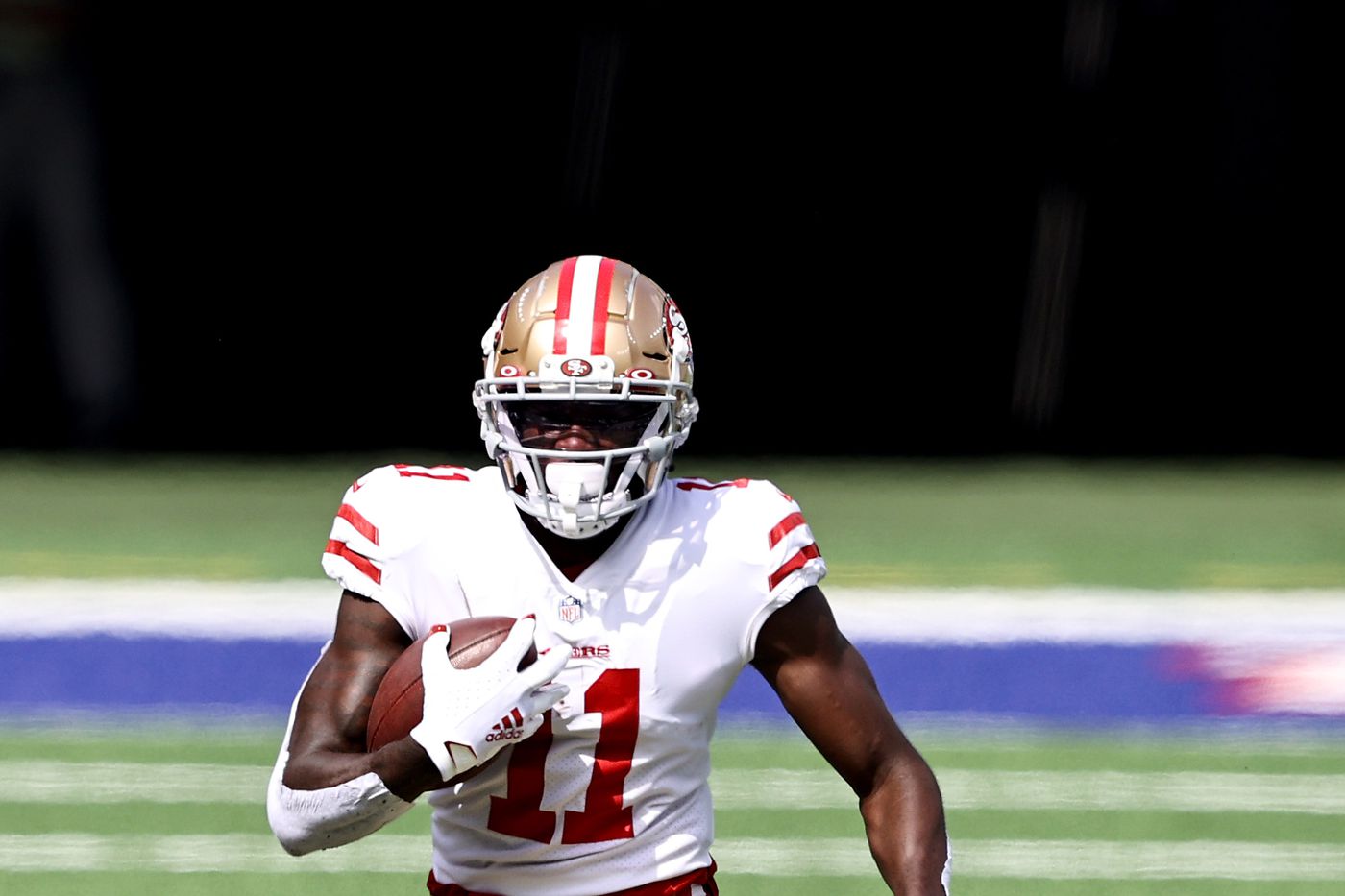 I know I talked earlier about how teams love to run the ball against Dallas. However, you have to throw sometimes, and when the Niners throw, they will be going to Aiyuk. Kyle Shanahan has talked previously about how he centers 80% of his offensive game plan around one receiver, and Aiyuk should be that guy here. I expect this to be mainly a 2-man attack between Jeff Wilson and Brandon Aiyuk, with some Raheem Mostert mixed in. Aiyuk has a ton of upside against a bad Dallas defense, and could be a play that wins you your week.

Woods had a disappointing week last week, and you might be wary of starting him this week. However, the target volume has been consistent recently. He has 47 targets over his last 4 games, and put together good performances in 3 of those games. Last week he played a solid Patriots defense, but his efficiency should go back to normal now. I mentioned before why I think Goff has a big game, and all of that applies to Woods. Start him and know that he has a lot of upside.

It looked for a while like Hilton would never be good for fantasy again. Then, over his last 3 games, he had 17 catches for 277 yards and 4 TD. Now he faces a Houston defense that he just torched for 110 yards and a TD two weeks ago. He has also dominated them historically, catching 93 passes for 1647 yards and 11 TD against Houston in his career. It looks like Hilton is back to form, and this is a great matchup, so I think you can play him safely. He has some major upside in this game.

Tyler Lockett (at WAS)

Lockett is currently the 11th ranked WR on the season in half-PPR formats. Good right? The problem is that he has finished with fewer than 10 fantasy points in 8 out of 13 games. Since going off for 200 yards and 3 TD in week 7, he has failed to reach 70 yards in a game and has caught just 1 TD. Two games this season have accounted for 300 of his 886 yards and 6 of his 8 TD. Outside of those games, he has not been even close to elite. He just seems like another guy in this offense right now, and not anyone you should be trying to start.

It’s time we just accept Tonyan as a guy you must start every week. He doesn’t get a ton of volume, but he catches nearly 90% of his targets and has a TD in each of his last 4 games. I expect another big day from Rodgers and the Packers’ offense in this one. With the current state of the tight end position in fantasy, he’s a border line elite option.

Kmet has begun to take over the starting spot in this offense. Through the first 9 weeks, he never played more than 47% of the snaps in a single game. Since then, he hasn’t had one game where he’s played fewer than 70% of the snaps. On top of this, the ball is coming his way. He has 7 targets in each of his last 2 games, and that is not easy to find these days at tight end. If you’re looking to stream someone, Kmet is a fairly safe option.

I’m not in love with Higbee by any means, but he is a pass-catcher against the Jets. New York allows the most points to the tight end position in the league. If you’re very thin at tight end, Higbee is someone who has a high likelihood of being productive in this game, even if the ceiling is only 12 or 13 points.