While drops have been a huge problem for the Packers early in training camp, there have been many big plays as well. Rodgers spoke about the frustration with his receivers but did not mention any of the veterans. The video below shows why. Sammy Watkins absolutely destroys the Saints defensive back.

Sammy Watkins absolutely destroys the Saints defensive back and hauls in the catch for a huge gain. In a game situation, this is most likely a touchdown. People often forget that Watkins was a top 5 pick and the only reason his career has stalled is because of injuries. In his limited game action, he has a huge impact when he is on the field. If Watkins can stay healthy, this is what he brings to the Packers offense. 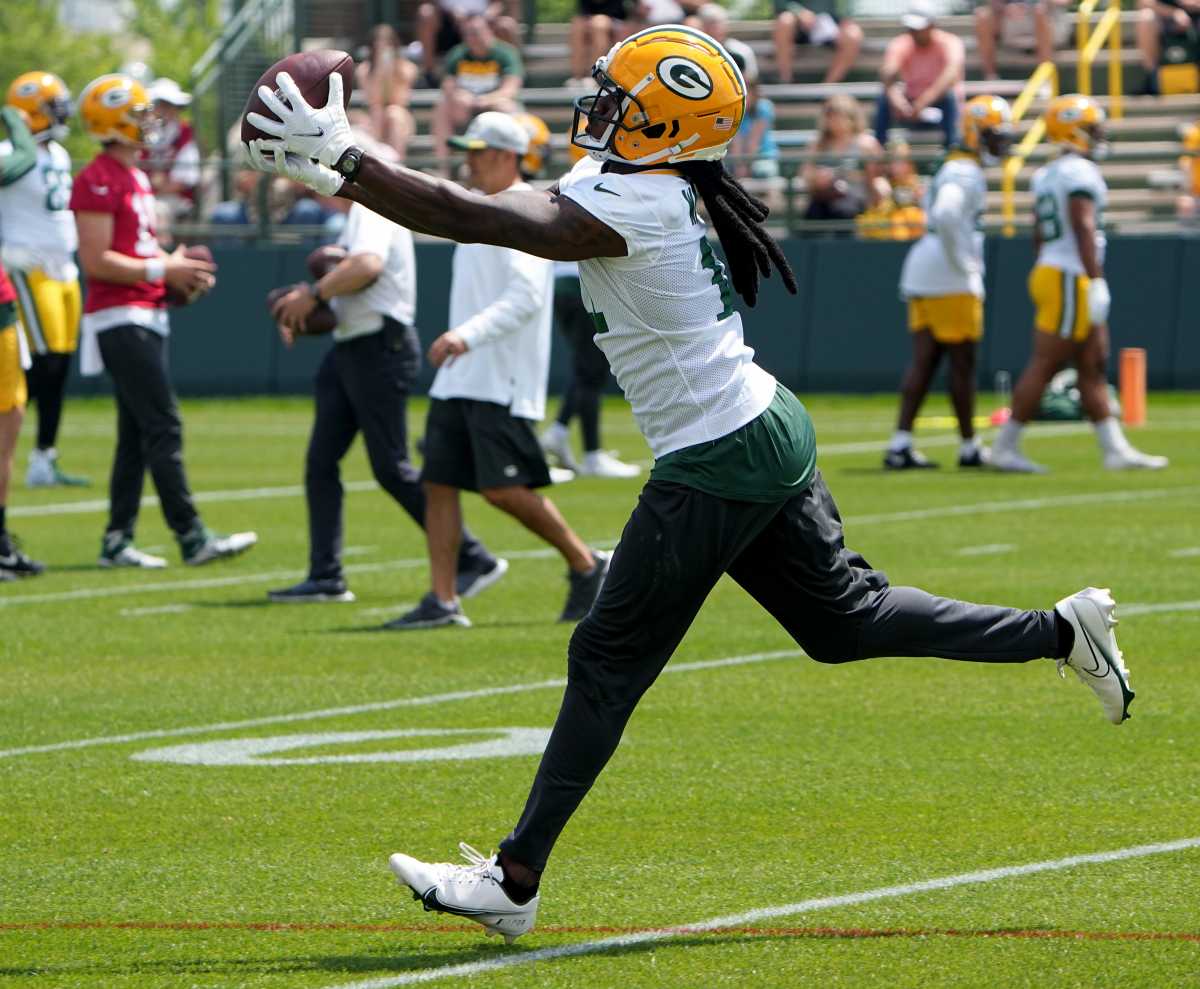 Romeo Doubs had a similar play against the Saints but simply dropped the ball. I’ll look at the positive side of this. Clearly the Packers have a couple of deep threats in Doubs and Watkins. If Doubs can solve his drop problem, the Packers could have a lethal passing attack on their hands. Sammy Watkins destroys the Saints on this play with simple speed. Having the threat of an over the top passing attack will open up the run game and short passing game. The defense also looked great in the practice which will help take some pressure off of the offense. Hopefully Watkins can stay healthy because this looks like a great taste of what he can do.