Romeo Doubs is a highlight machine. It seems like he is always doing something noteworthy in games or in practice. Today is no different. Romeo Doubs had a sick one-handed catch at practice today.

I know what some might be thinking. It’s practice. He isn’t being guarded by anyone. I get it but this still takes some serious skill. He adjusts to the ball and goes up and gets it with ease. There isn’t even a juggle in there. The knock on Doubs has been his hands. His problem with drops is well documented and Aaron Rodgers has called him out for it. It seems that Doubs is responding well. We have seen many plays this preseason. However, this is the first Romeo Doubs one-handed catch we have seen.

Excitement For the Regular Season

The question with any rookie is whether these types of highlights can translate to the regular season. Doubs will get his opportunities. Randall Cobb and Sammy Watkins both have an injury history and it is likely they miss at least a couple of games. Doubs has also shown great speed and separation ability which will help the vertical passing game. Doubs has made too many highlight plays to not get playing time.

Can He Stop the Drops? 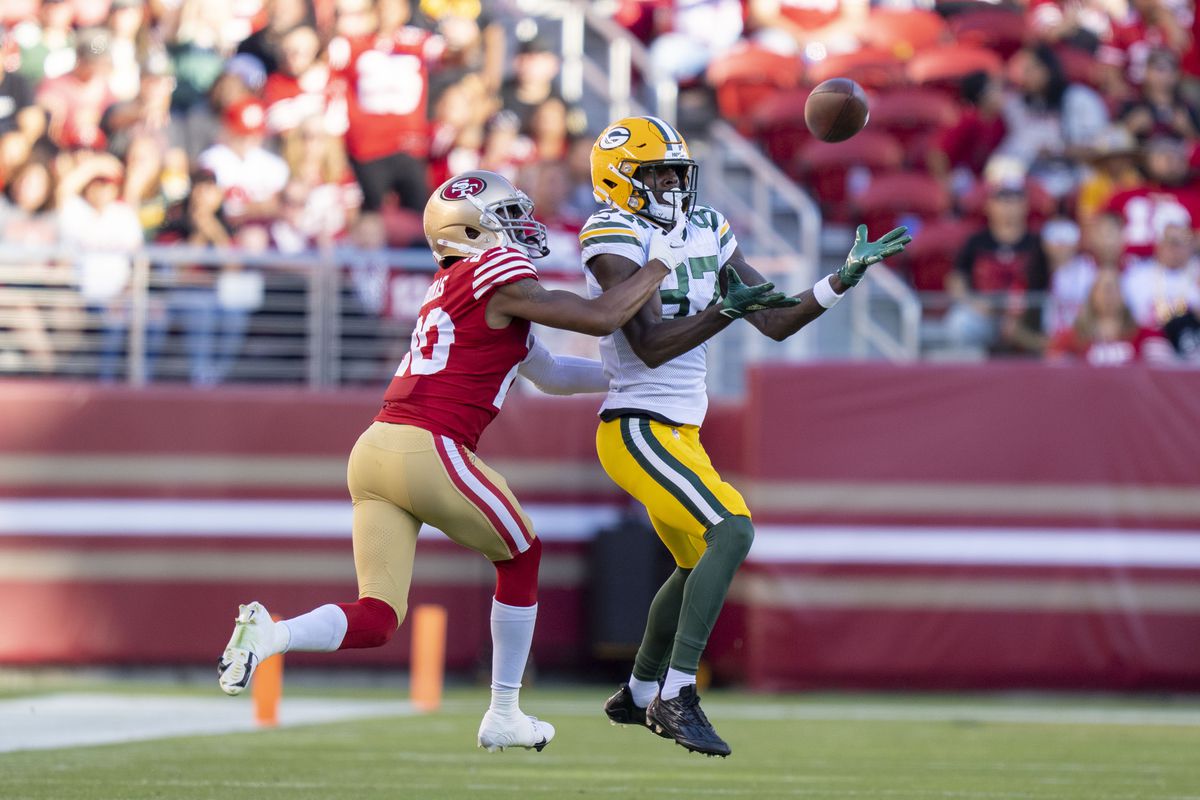 The biggest thing holding Doubs back is his drops. He has had a couple in preseason games one of which led to an interception. However, I think the hands take is overblown. Last year at this time, everyone was panicked about Ja’Marr Chase‘s hands because he was having drop problems in training camp. I don’t think Doubs is going to have a Chase like season but I think once the season starts we will close the book on the drop narrative.

No matter what his stats are, Doubs is fun to watch. He is an electric player that makes every game more fun to watch. As the season starts, I look forward to more Romeo Doubs one-handed catches.