WATCH: LeRoy Butler on How Reggie White Impacted His Career. LeRoy Butler and Reggie White are two of the greatest defensive players ever to play for the Green Bay Packers. Later this summer, Butler will join his former teammate in the Pro Football Hall of Fame. This is an honor that Butler has waited on for far too long. On Saturday afternoon, the Hall of Fame Tweeted a video of Butler in front of Reggie White’s bust in Canton. In the video, Butler explains the effect White had on his career.

As @leap36 prepares to be enshrined in the Hall of Fame this summer, he discusses how another Hall of Famer, Reggie White, influenced his career. pic.twitter.com/jxVNJNPIvN

On How Reggie White Led to the Lambeau Leap

Of course, LeRoy Butler is the inventor of the most famous touchdown celebration in the NFL: the Lambeau Leap. Butler starts out his tribute to Reggie White by explaining that without the Minister of Defense, there would be no Lambeau Leap. He also mentions not wanting to debate whether White was out of bounds or not: “He was in.”

#TBT – Reggie White laterals it to LeRoy Butler who then does the first ever Lambeau Leap. 👏👀🧀 @leap36 • #GoPackGo

Of course, as the video above shows, LeRoy Butler was the one who forced the fumble in the first place. Reggie White recovered the fumble and started to return it. As the Cowboys tried to drag him out of bounds, White lateraled the ball back to Butler who returned it the rest of the way for a touchdown. 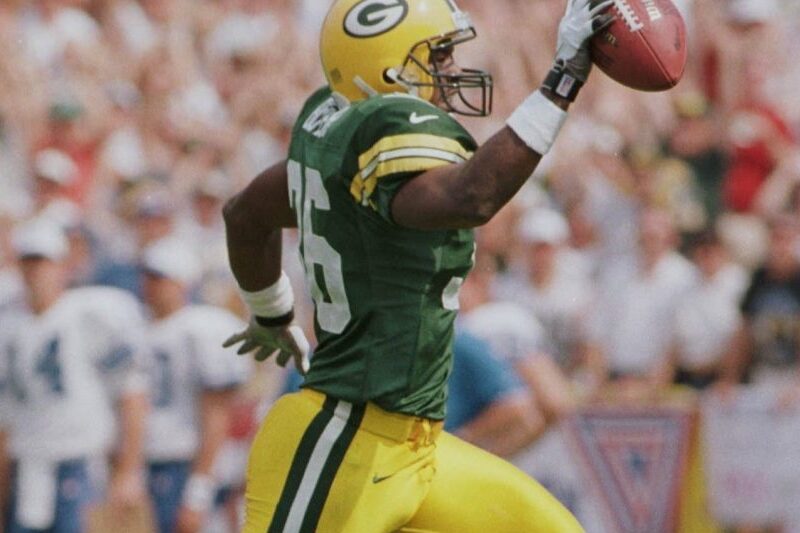 After discussing the Lambeau Leap, LeRoy Butler talked about how important Reggie White was in changing the narrative about Green Bay. Prior to him, no big-name free agents considered the Packers a destination. However, White famously chose to come to Green Bay “to win a championship.”

In the video, LeRoy Butler imitates Reggie White: “I think I’m going to come to the Green Bay Packers because God told me to come to the Packers.” Butler then points to the sky and says, “Thank you, God.”

Of course, the story of former head coach Mike Holmgren recruiting Reggie White is legendary. Over two years ago, Holmgren joined AM1250 The Fan in Milwaukee to share his story:

Former Green Bay #Packers HC Mike Holmgren joined The Wendy's Big Show earlier this week to talk about the addition of Reggie White in the 90's:

On How Reggie White Impacted Him

In the video, LeRoy Butler says, “I owe a lot to my counterpart.” He goes on: “Before Reggie came, I was an average player. But after Reggie came… All Decade, All Pro, Pro Bowl, Super Bowl Champion. So this is one of my first times I can say ‘thank you’ to Reggie White.”

LeRoy Butler waited far too long to be enshrined in the Pro Football Hall of Fame. He goes in with one of the best Hall of Fame cases in recent memory for defensive backs.

When Will LeRoy Butler Be Inducted into the Hall of Fame?

LeRoy Butler and the Hall of Fame Class of 2022 will be enshrined in Canton, Ohio on August 6, 2022. Recently, Butler announced that his wife and former teammate Gilbert Brown will be his induction speakers.

A little while after finding out he had been selected for induction, Butler joined Wickett on Wisconsin to talk about what it meant to him.