The Packers beat the Bears 27-10 on Sunday night. After a week of having to hear the media talk non-stop about how the team clearly has slipped significantly, the Packers responded well. Frustration was probably high with players as many people were giving the Bears a significant chance for the upset tonight. The Packers silenced those doubters. As he was heading to the locker room, De’Vondre Campbell calls out the Packers doubters.

Campbell Was Hyped After The Victory

De’Vondre Campbell as he comes off the field “they said they’re better than who?” #Packers win 27-10 pic.twitter.com/L0tKXpshaj

De’Vondre Campbell is clearly tired of hearing how great the Bears are. As he was coming off the field and heading into the locker room he yelled “they said they’re better than who?” This is a great moment from the All-Pro linebacker. The Packers are clearly the better team. They had a rough week 1. It happens even to good teams. The Bears got lucky that the greatest flood since Noah and the ark hit Chicago last Sunday. I’ll give them credit they escaped with a win but in no way are the Bears a better team than the Packers. Calling out the doubters is something all Packers fans are going to do this week and Campbell is starting it early. 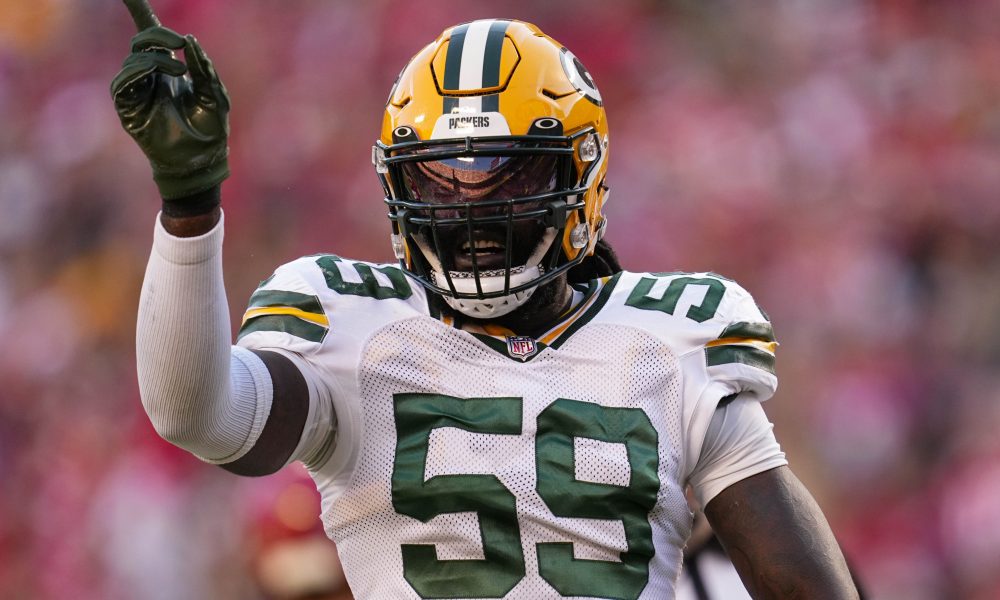 The victory felt good but there is still room for improvement. The Bears running game had success. The Packers simply could not stop them on some drives. The goal line stand was a lucky 50-50 play that could’ve gone either way. The Packers are working through some early season kinks which is normal for this team. In the past couple of seasons, the Packers do not hit their stride until midseason. Tonight’s victory was a reminder of what the Packers have the potential to do. They looked suffocating and unstoppable at certain points in this game.

I love seeing Campbell call out the doubters. A victory against the Bears is always sweet but when you also get to prove some doubters wrong, it feels even better. Hopefully the Packers can keep this momentum going as they travel to Tampa Bay next week.