In case you had any doubts in your mind, Aaron Rodgers would like everyone to know that he still owns the Chicago Bears.

The King of the North

After 16 NFL seasons, many Bears fans were hoping that Aaron Rodgers would have at least slowed down in year 17. Unfortunately for them, Aaron doesn’t let teams get free passes against him, especially when that team is Green Bay’s most despised rival.

The Packers just dismantled the Bears 24-14 Sunday afternoon, and the Pack had no real issues after halftime. The King of the NFC North was dominant yet again throwing for nearly 200 passing yards, three total touchdowns, and no interceptions.

The most exciting of moment of Rodgers’ 22nd career win against Chicago was when he scrambled out of the pocket late in the fourth quarter to seal the win for Green Bay. On that play, Rodgers avoided a sack and outran multiple linebackers and defensive backs on his way to the end zone.

In what will likely be one of Rodgers’ most memorable post-TD moments, Aaron did his iconic title belt celebration and yelled “I still own you!” at Bears fans after scoring.

The context behind why Rodgers chose to remind Bears fans of his greatness was recently recounted by WI Sports Heroics writer Mallory Allen, and it makes the situation ten times better.

“I still own you”

If today’s win, which improved his all-time record against the Bears to 22-5, doesn’t impress you, check out some of Rodgers’s stats against Chicago:

This man is a man amongst boys when playing against Chicago. He plays every snap like it’s his last and he has an incontrollable desire to demolish Chicago every chance he gets.

Is This the End? 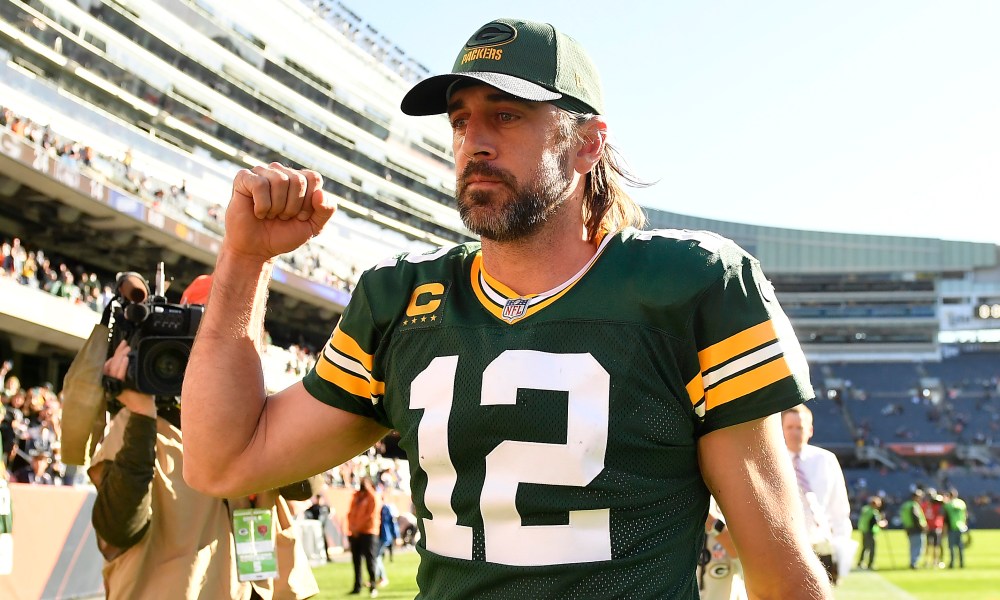 Who knows what will happen in what could be the final matchup against Chicago in a Packers uniform for Aaron Rodgers. But if you ask Aaron, he’s not so sure that this was his final meeting against the Bears at Soldier in a green and gold uniform.

Aaron Rodgers said he thought a lot in pregame about chance this could be his final game for #Packers at Soldier Field: “I don’t think this is my last one, but I’ve enjoyed every single one of them.”