The Milwaukee Brewers dropped the second game of their series against the Miami Marlins by the score of 9-3. Eric Lauer had his first poor outing of the season, inflating his ERA all the way up to 2.60. Trevor Gott, too, struggled for the first time this season. He did not record an out while surrendering four runs (two earned) on two hits and a walk. Games like this happen, and Milwaukee will look to take the series on Sunday. However, the most horrendous part of the loss was the fact that every single umpire lost track of balls and strikes. It took a four-minute phone call to New York to get back on track.

The umpires in Miami all forgot what the count was, so they had to get on the phone with MLB in New York and took over four minutes to figure it out pic.twitter.com/Vn4dfBIllo

A Note on MLB Umpires

Make no mistake, the Milwaukee Brewers did not deserve to win this game. The pitching was not good and the defense was less than exemplary. In no way did the umpires cost the Brewers the game.

That being said, umpiring around Major League Baseball this season has been an absolute joke. Here are some examples:

This umpire a relative or something? pic.twitter.com/vNlU96xB6d

The umpire just called strike three on Luis Urias here, because Travis d'Arnaud turned around and told him it was a foul tip

Leading to a good five minute delay, that could've been dealt with while the pitcher warmed up pic.twitter.com/T6Iy1pUkTi

The minor leagues are experimenting with robotic umpires on levels. Let’s hope that experiment reaches the Major Leagues sooner rather than later.

A Few Brewers Highlights in Miami

Willy Adames got the Milwaukee Brewers on the board first with a first inning solo shot:

The home run from Adames was his ninth of the season. It broke a tie with Hunter Renfroe for the team lead. Later in the game, though, Renfroe tied Adames again with a two-run shot.

Christian Yelich Is on the Rise 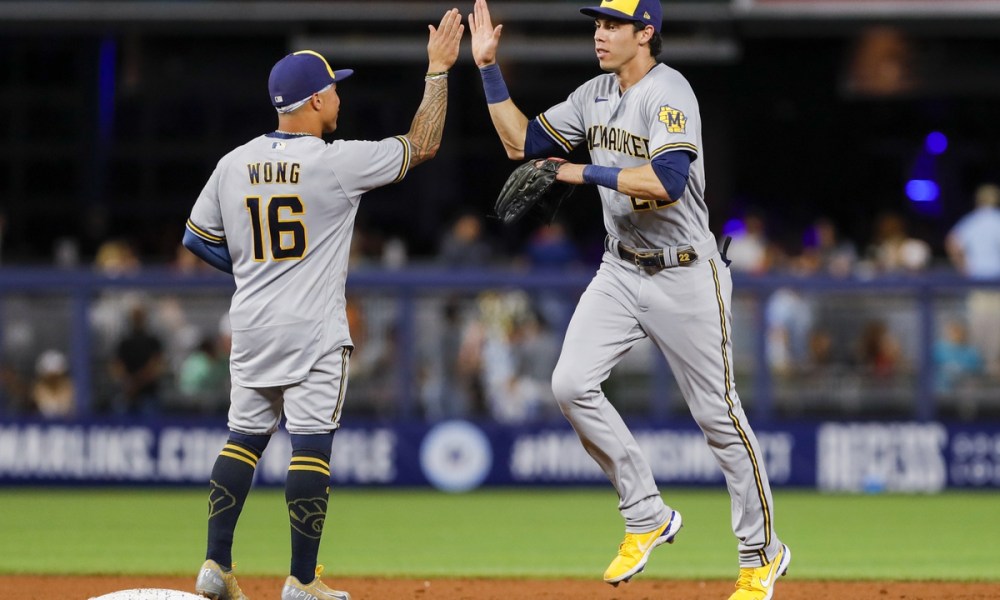 In the month of May, Christian Yelich is hitting .310/.408/.595 with seven extra base hits and eight RBI. Yelich has two home runs, four doubles, and a triple so far in May. Yelich got off to a slow start in April. He ended the first month of the season slashing .230/.322/.405. Now, midway through May, he is slashing .259/.353/.474. Perhaps most importantly, Yelich has struck out nine times compared to six walks. He is seeing the ball much better at the plate than he has at any point since his knee injury. With Yelich on the rise, the best is certainly yet to come from the Brewers offense.