The Milwaukee Bucks will not be defending their title this year. The Boston Celtics eliminated the Bucks in seven games in the Eastern Conference Semi-finals. While the Celtics fight on against the Miami Heat, the Bucks and their fans are left to prepare and wonder about what next season’s team will look like. Players, undoubtedly, will be allowed to leave via free agency or trade. One interesting proposal that was published by nbaanalysis.net was that the Bucks should trade for the controversial Brooklyn Nets star, Kyrie Irving.

The Milwaukee Bucks lost in the playoffs for many reasons. One of which was the fact the Khris Middleton missed the entire second round due to an sprained MCL. Had he been healthy, many feel as if the Bucks would have vanquished the Celtics in six games.

NBA Analysis defended this trade proposal by stating that Khris Middleton would be a better fit for Brooklyn than Kyrie Irving. They have a point, as Ben Simmons needs to handle the ball a great deal. Kyrie Irving, too, plays best when he dominates the ball. Having two guards who need to handle the ball a lot is not conducive to an efficient offense. Khris Middleton, on the other hand, does not need to create his own shot in order to score.

For Milwaukee, NBA Analysis believes that having Kyrie Irving as a compliment to Giannis Antetokounmpo would give the Bucks two dynamic scorers who can create shots for themselves. Indeed, it certainly seemed like the Bucks could have used another one against Boston. 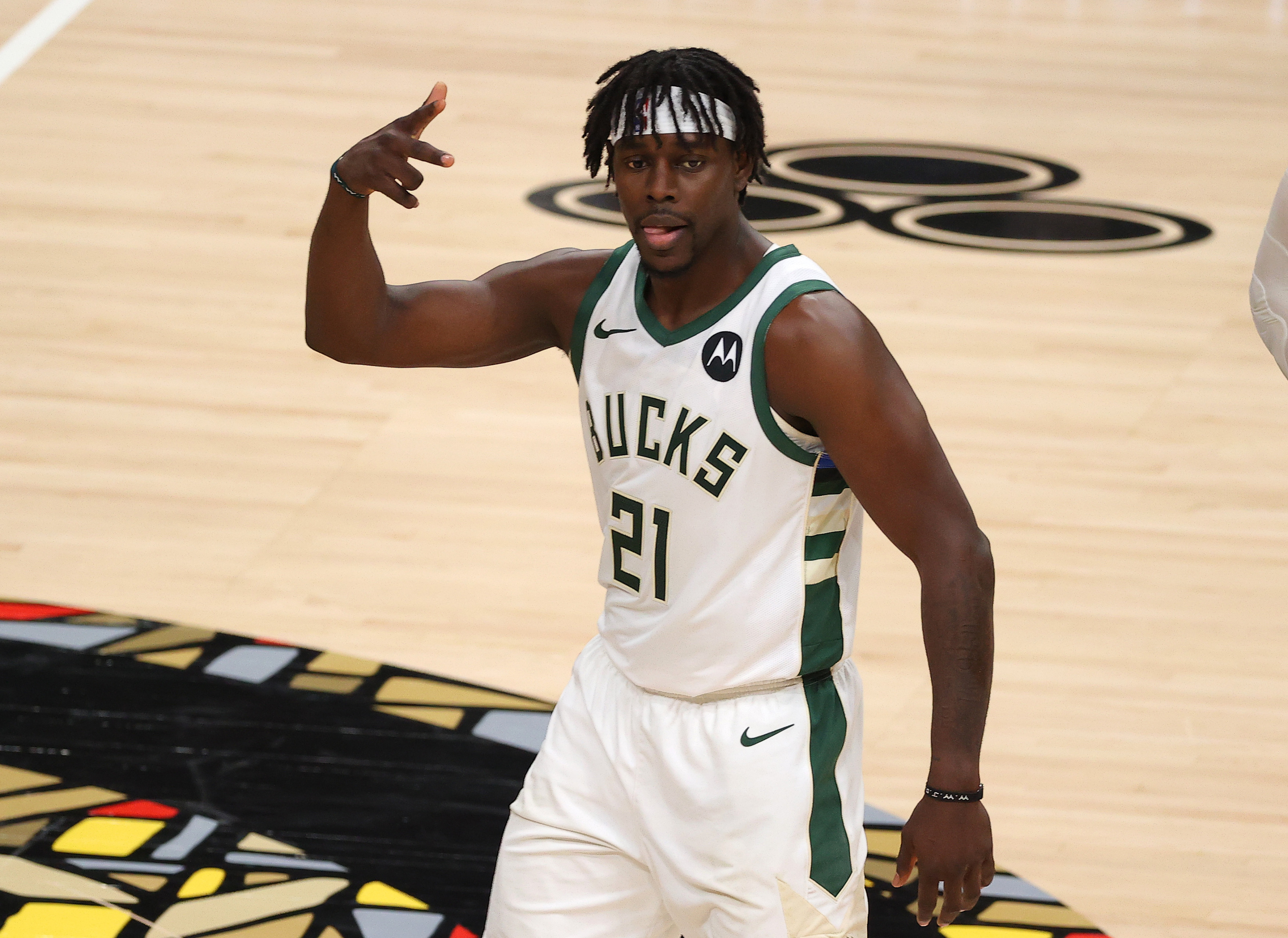 This section of the NBA Analysis argument was quite short. This is because it doesn’t really make that much sense for either team. Sure a back court of Ben Simmons and Jrue Holiday would be scary on defense, but there would be no upside offensively for Brooklyn. Similarly, the Bucks would lose one of their best defenders whose steal and alley-oop to Giannis in the Finals became one of the most famous plays in franchise history. Sure, Kyrie’s offense would be nice, but the defense would suffer so much, it wouldn’t be worth it.

The simple fact of the matter is that neither of these trade scenarios will never happen. Nor should they. The salaries could work out in any deal, but that doesn’t mean they would benefit the Milwaukee Bucks. There are many people who criticize Khris Middleton and Jrue Holiday. However, none of them truly believe Kyrie Irving would be the difference maker.

This does not even touch the surface of the off-court distractions and other drama that has followed Irving from team to team.