George Karl, the sixth all-time winningest coach in NBA history, is heading to the Naismith Memorial Basketball Hall of Fame. He was elected in his first year of eligibility. Karl coached the Milwaukee Bucks from 1998-2003. He went 205-173 in that time and led the 2000-01 team to the Eastern Conference Finals. Karl is being joined in the Hall of Fame by two other former Bucks coaches: Larry Costello and and Del Harris. 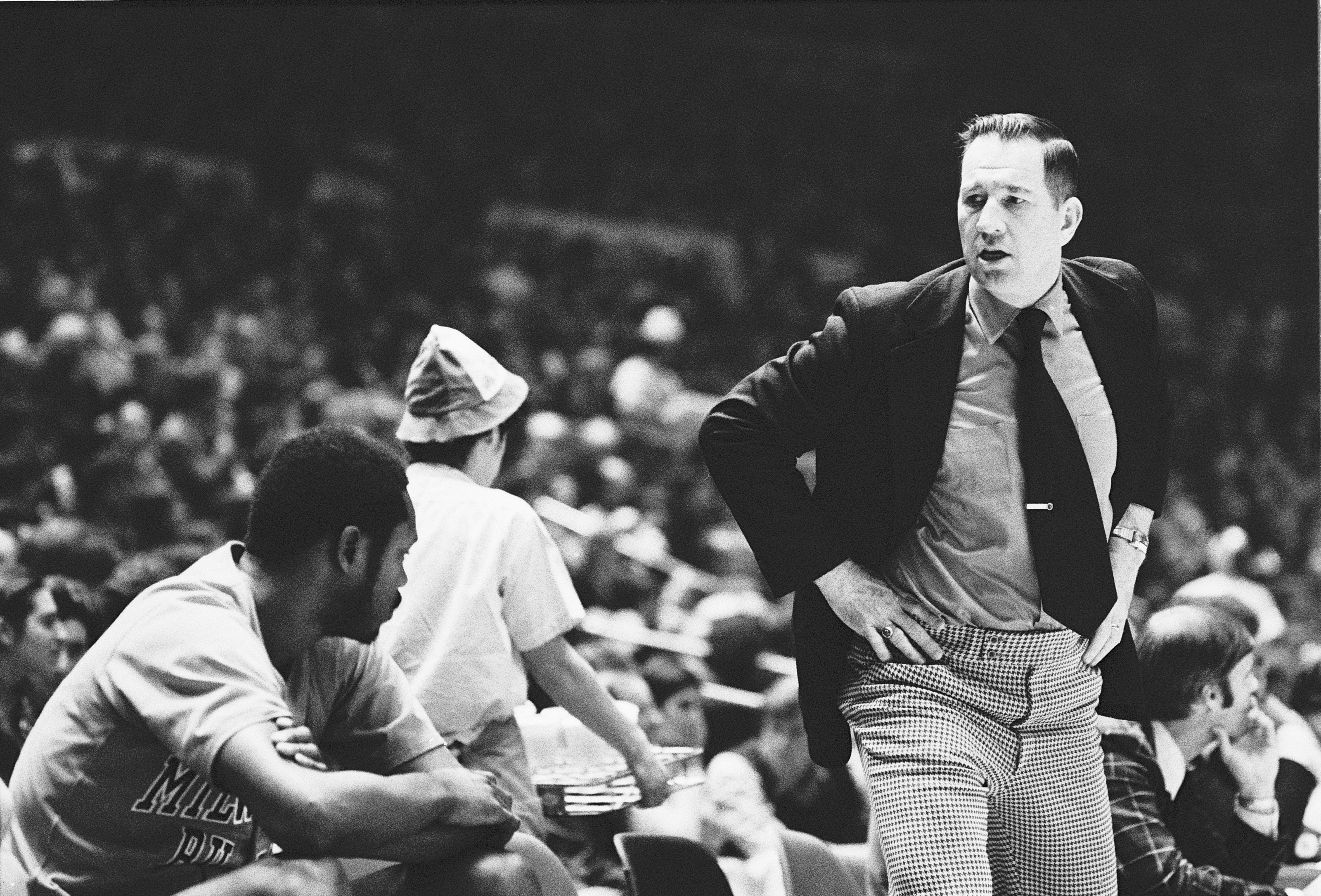 Larry Costello, of course, was the first head coach of the Milwaukee Bucks. He came to Milwaukee in its expansion year following his playing career. As a player, Costello was a six-time All-Star and a member of the Philadelphia 76ers’ 1967 Championship team. His career averages were 12.2 points, 3.8 rebounds, and 4.6 assists per game.

As a head coach, Larry Costello led the Milwaukee Bucks for nine seasons. The Bucks won 50 or more games in five of those seasons and made two trips to the NBA Finals. The 1970-71 team, led by Kareem Abdul-Jabbar and Oscar Robertson, won the franchise’s first NBA Championship.

Costello coached the Chicago Bulls for one season in 1978-79. He was fired 56 games into the season after the team started 20-36. The legendary coach passed away in December 2001 from cancer.

Del Harris was a long-time NBA coach and executive. His first head coaching job was with the Houston Rockets. In 1980-81, his Rockets finished 40-42, but made the NBA Finals. Harris resigned as the Rockets coach after the 1982-83 season. Houston was 14-68 that year.

Harris joined the Milwaukee Bucks as an assistant coach in 1986. The next season, he was named head coach. The Bucks went 42-40 in his first season. Milwaukee never finished under .500 with Harris, winning 42, 49, 44, and 48 games in his four full seasons as coach. He resigned in 1991 after Milwaukee started 8-9. Overall, Harris had a record of 191-154 as coach of the Bucks. He also served as Vice President of Basketball Operations during his tenure.

After leaving Milwaukee, Del Harris became the head coach of the Los Angeles Lakers in 1994. Just as in Milwaukee, Harris never had a losing season as the Lakers’ coach. Los Angeles won 48, 53, 56, and 61 games in his four full seasons. During that time, the Lakers acquired both Kobe Bryant and Shaquille O’Neil. Harris was fired after a 6-6 start to the 1998-99 season.

Del Harris spent many years after as an assistant coach on Don Nelson’s staff in Dallas. He also served stints on the coaching staffs in Chicago and New Jersey.