It’s hard to believe we are now less than two months until the Wisconsin Badgers open their 2021 season against Penn State. Camp Randall Stadium will be at full capacity and the atmosphere will be electric. As the season approaches, here are three reasons Wisconsin wins the Big Ten West this season.

A Majority Of The Offense Returns

With the exception of a few offensive linemen and fullback, the Badgers return a majority of their offensive core. Quarterback, Running Back, Wide Receivers, and Tight Ends don’t need to be replaced this season. The offense was also young and had to deal with the obstacles of multiple COVID-19 shutdowns between the Badgers and their opponents.

Not only does this offense return their core, this is a really good offense with a mixture of young players and veterans. We saw the potential players such as Graham Mertz and Jalen Berger showed off as freshmen and should have solid sophomore seasons. Senior tight end Jake Ferguson is one of the best tight ends in the country and should serve as Mertz’s security blanket.

I’m also intrigued to see Kendric Pryor and Danny Davis III return. Both players are looking to end their college career on a high note and should win a majority of their matchups, giving Mertz multiple options to throw to. This should be the best overall roster in the Big Ten West.

It’s odd to state Wisconsin has a favorable schedule when they have to face Michigan, Penn State, and Notre Dame this season. However the Badgers get Michigan and Penn State at home and early on the schedule. This team shouldn’t need a ton of time to adjust as a number of players return on both sides of the ball. While Notre Dame is not a home game, the Badgers don’t have to travel far to Chicago for this game. While there will be a number of Irish fans, there will also be a great crowd of Badger fans as well.

What intrigues me most about this schedule is that there is no Ohio State. Ohio State is one of the best teams in the country. It’s always a win when you avoid the Buckeyes until the Big Ten Championship. Minnesota and Nebraska draw Ohio State on their schedules and I also believe Wisconsin is better than both teams.

Two places Wisconsin struggles on the road is Iowa and Northwestern. This year, the Badgers draw both teams at home. Purdue and Illinois shouldn’t pose much threat at all  as well. There are tough draws, but I believe Wisconisn has one of more favorable ones in the West.

The Roster Is As Deep And Talented As Ever 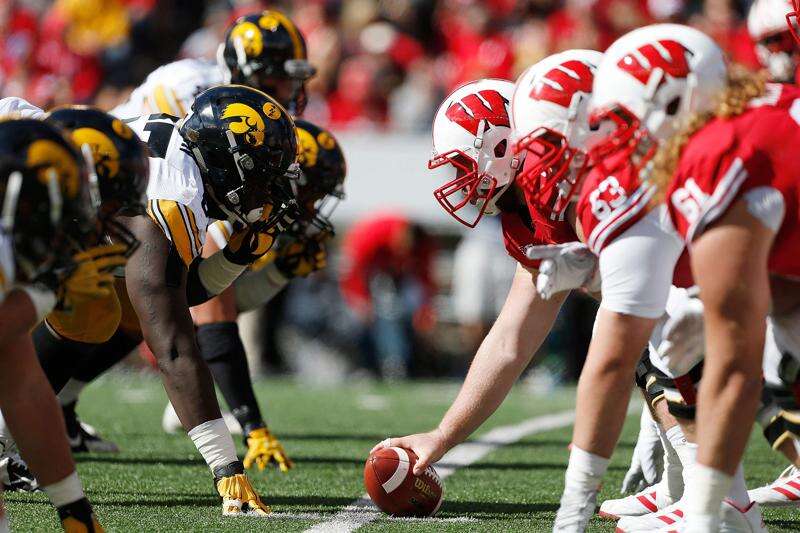 The most successful teams in college football have great depth and talent. With the class of 2021 being one of the best recruiting classes in program history, mixing that with the really good young players on the current roster sets up the Badgers for success not only this year but the future.

Wisconsin has also been on fire in the 2022 recruiting class and it should continue to get better as the months come along. There isn’t a ton of glaring needs on the roster. Badger fans should be very excited about the current and future success of this program. No other Big Ten West roster can say that they have more success in recent years or set up for a better future than the Wisconsin Badgers.