As we approach 100 days until the Wisconsin Badgers kick off their 2022 season, Badger fans will begin looking at the offense and defense. They’ll begin their thoughts and opinions as well. Looking at the Badger offense, it’s a veteran group at some positions and young at others. Here are three questions I have about the Wisconsin offense.

Who is QB2 Behind Graham Mertz?

Some may think this isn’t a big deal because Graham Mertz is the starter and there won’t be a competition for it. However, Mertz does have injury history in his career, the latest a chest injury against Michigan last season. Chase Wolf has been the back up the last few seasons behind Mertz. Everything we have seen from Wolf hasn’t been great and we know who Chase Wolf is now.

A name some Badger fans already know is redshirt freshman Deacon Hill. Hill did not see the field last season, but he has a cannon of an arm. I believe the former four star quarterback has what it takes to move past Wolf in fall camp. The knock on Hill has been despite the lively arm that he struggles to make the basic throws. I think this could be a competition in the fall and it is worth keeping an eye on.

Who Is WR2 After Chimere Dike? 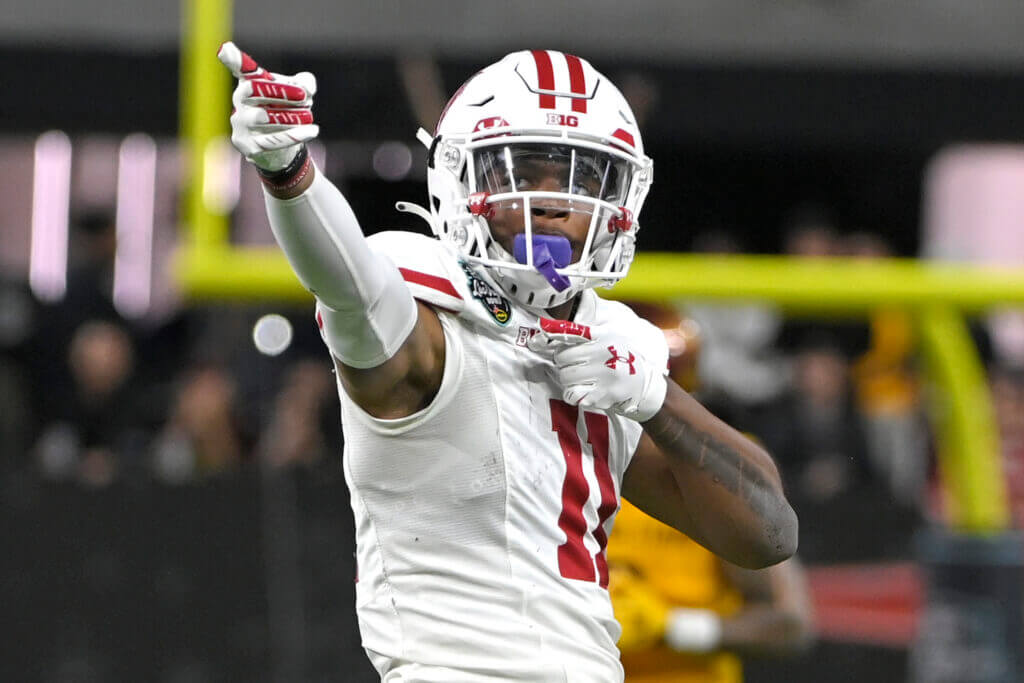 Like the quarterback position, junior Chimere Dike is clearly the top receiving option headed into fall camp. After Dike, it’s a bunch of question marks. Markus Allen and Skyler Bell showed flashes of potential but that was in limited reps. Keontez Lewis is the transfer receiver from UCLA and should get a number of looks as well.

Early on, it seems like it’s either Bell or Lewis that could make that jump. One will have to as Dike will be assigned the oppositions best corner. I’m interested to see how Dike handles being the top option. He didn’t have to be that guy his first two seasons as he was behind Danny Davis and Kendric Pryor.

Where Does The Starting Offensive Line Begin The Year?

I’m pretty confident the starting offensive line to begin the year will be Jack Nelson, Tyler Beach, Joe Tippmann, Tanor Bortolini, and Logan Brown. I do think Brown will get all he can handle in fall camp as players such as Riley Mahlman and Nolan Rucci have what it takes to beat him out. I think Logan gets the week 1 nod but that could change as well.

When I say where they begin, it’s because Beach, Nelson, Bortolini, and Brown can play both sides of the offensive line and can play multiple positions, Tippmann is a true center, but we have been Bortolini, Nelson, and Beach play both guard and tackle.

If I had to guess today, I would think Nelson starts at left tackle, Beach at left guard, Bortolini at right guard, and Brown at right tackle.