Three Players Who Will Make or Break the Packers’ Playoff Run The Green Bay Packers are the NFC’s top team and have an automatic bid to the divisional round of the playoffs.  They have the highest scoring offense in the NFL as well as a top-ten defense.  When the team is rolling, they are unstoppable.  However, as fans have seen in multiple instances throughout the season, they are also capable of stopping themselves.  In order to prevent this from happening, these three players need to rise above their inconsistencies and put the Packers in the best position to win.

Marquez Valdes-Scantling (MVS) finished the season as the Packers second-leading receiver with 690 yards.  He also added six touchdowns and led the NFL in yards per reception.  Unfortunately, MVS struggled with dropped passes throughout the season.

It can be argued that the amount of criticism that MVS received this season was a little unwarranted.  After all, he is the team’s fourth option in the passing game, and any team would love for their fourth option to finish with 690 yards and six touchdowns.  In addition, he was forced to play as the first or second option in many games, a role that does not suit his skill-set.

That being said, there were also moments during the season that MVS’s drops killed the momentum of the Packers’ offense.  In the playoffs, this absolutely cannot happen.  The games will be hard-fought, possessions will be more scrutinized, and everyone needs to play near-perfect football.  MVS can do it, he has shown the potential to do so.  It’s just a matter of putting it all together. 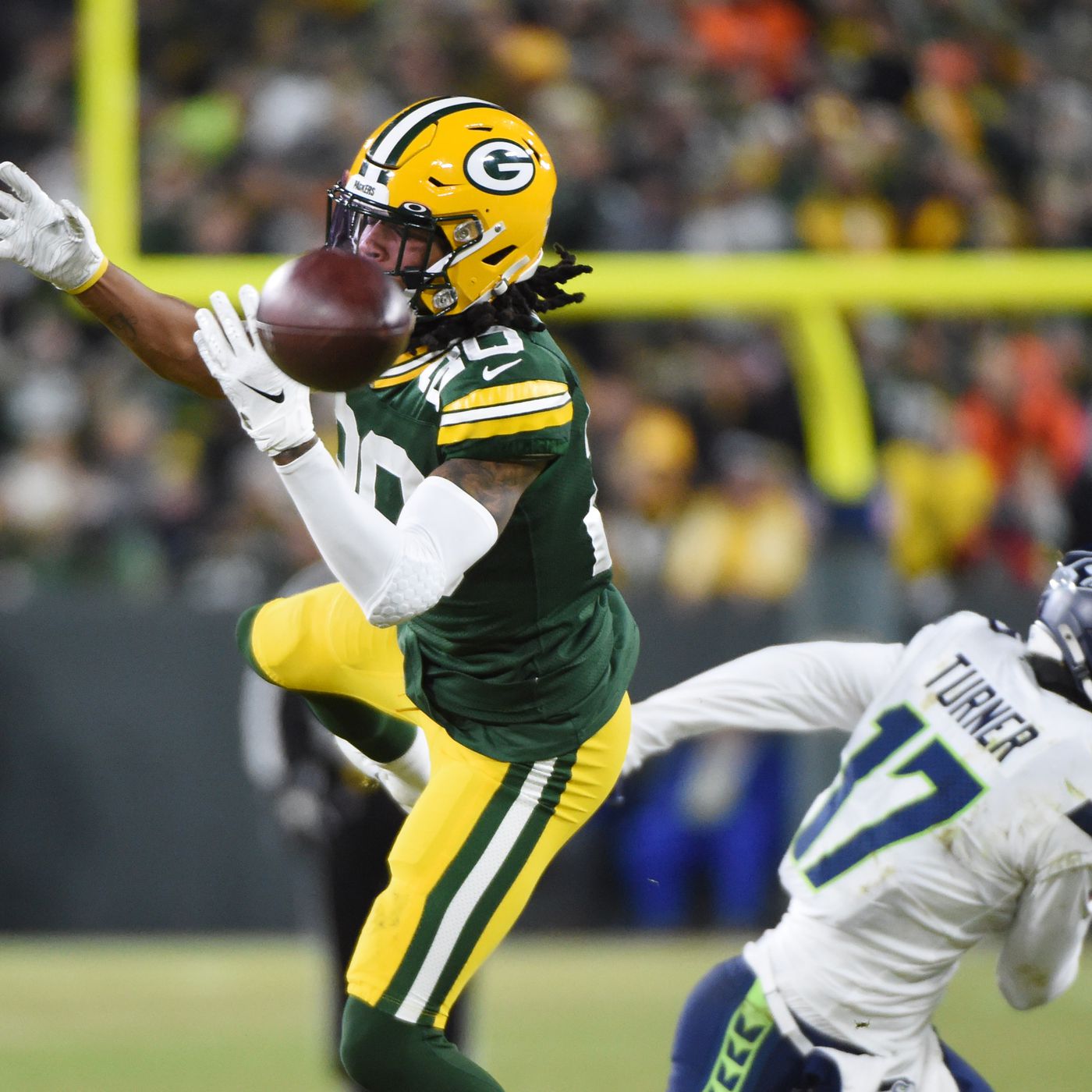 As mentioned, the Packers’ defense has risen to be a top-ten defense in the NFL.  Darnell Savage and Adrian Amos are arguably the best safety tandem in football.  Jaire Alexander has his own island where receivers go to be stranded.  In the passing game, Kevin King stands out as the player who most needs to step up his game.

The oft-criticized King missed time this year due to injuries, but when healthy has shown that he is a decent second cornerback.  The main issue that many have pointed out in regards to King’s game is his inability to secure a tackle.  Instead of jumping on a receiver’s shoulders, King needs to wrap him up.  He cannot bank on his momentum taking an opposing player down.  It was not often successful during the regular season and it certainly will not work in the playoffs.

In addition to improving his tackling, King needs to work on his awareness in the passing game.  In the Week 17 matchup against the Bears, Bears’ quarterback Mitch Trubisky threw a ball in the end zone that seemed to go right through King.  King did not have to move to get in the path of the ball.  It was thrown right to him!  Yet he somehow did not seem to realize that the ball was thrown and it landed at his feet after bouncing off of him.  As mentioned, the other Packers’ backs are playing well.  Opposing teams are going to target King.  He needs to be ready and able to make them pay.

Mason Crosby was the lone bright spot of the Packers’ special teams unit this season.  He missed a few extra point attempts, but was perfect on his field goal attempts.  The rest of special teams, though, has been very disappointing.

JK Scott has struggled with his punts this season, though to be fair, he has also been dealing with a quad injury for most of the season.  The Packers had more passing touchdowns than punts this season, so hopefully that trend continues and Scott will not need to worry about punting too much.

The coverage teams, though, have allowed two punt returns for touchdowns as well as several long returns that went deep into Packers’ territory.  This cannot happen in the playoffs.  In addition, Packers’ returners have to take care of the ball.  Most recently, Tavon Austin fumbled a punt return against the Bears.  Austin was signed after the release of Darrius Shepherd, who fumbled a return in the loss to the Colts.  As perfect as the offense and defense need to be in the playoffs, special teams needs to be as perfect.  They have been far from that this year, and that needs to change quickly.