Three Players Who Will Improve in 2021 The Green Bay Packers were once again one game away from the Super Bowl in 2020. Unfortunately, they fell short again, this time at home. The 2021 Packers will be very similar in their roster makeup as they were last season. Joe Barry has replaced Mike Pettine, but the rest of the coaching staff remains relative the same as well. Therefore, in order for the Packers to finally get over the hump, these three players will be key to their success. 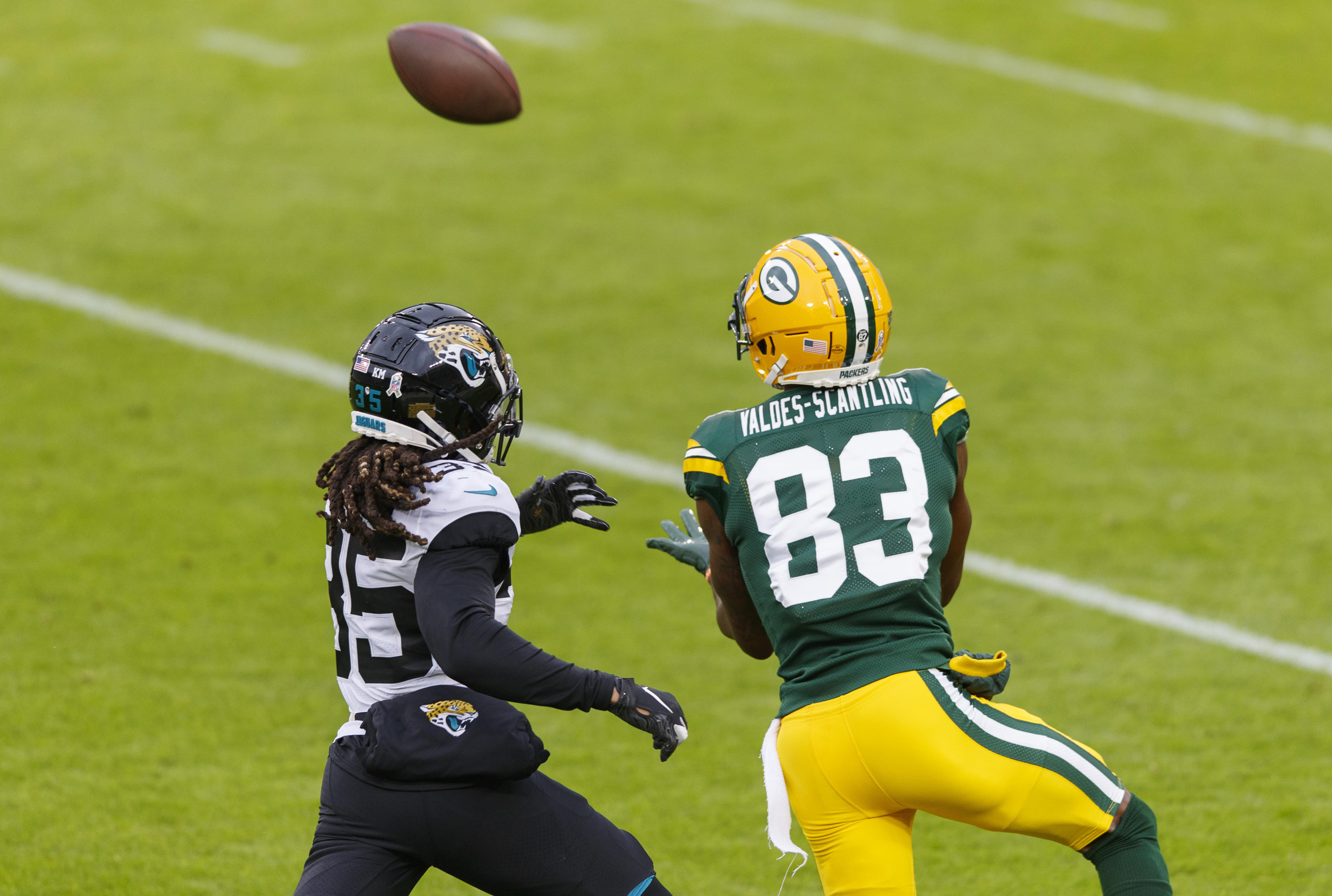 Many Packers’ fans were frustrated with MVS last season.  He had a 11.1% drop rate, which led to some disgusting individuals threatening his life on social media.  While the drop rate was a concern last season, there was much more that indicated greatness is on the horizon.

MVS led the entire NFL in yards per reception last season with 20.9.  In addition, while Davante Adams and Allen Lazard missed time with injuries, MVS played all 16 games.  He is durable, unbelievably fast, and a dangerous downfield weapon.  This was showcased in the NFC Championship Game.  Even though the Packers lost, MVS had four receptions for 115 yards and a touchdown.

This season is also a contract year for MVS.  With the Packers uncertain as to whether or not they can re-sign Adams, this season could prove to be pivotal in regards to MVS’ future in Green Bay.  He is going to embrace the challenge, and a 1,000 yard season is not out of the question.

Last season, fan-favorite Jamaal Williams was the Packers’ backup running back. AJ Dillon did not see much playing time as the third string back.  When he played, he performed well.  Unfortunately for him, his snaps were highly limited.  Now, Williams plays for the Detroit Lions and the backup running back job is Dillon’s to lose.

The Packers were given a glimpse of what Dillon can do with a bigger role in a game against Tennessee last season.  In that game, Dillon carried the ball 21 times for 124 yards and two touchdowns.  The performance was highlighted by his bulldozing of the Titans’ defensive line on this touchdown run:

This season, Aaron Jones will again be the featured back of the Packers’ offense.  However, Dillon’s bruising style of running will be a great compliment to Jones’ slashing game.  Dillon averaged 5.3 per carry last season.  There is no reason to think he cannot match that production again, and with more carries, he will have an immensely productive season. 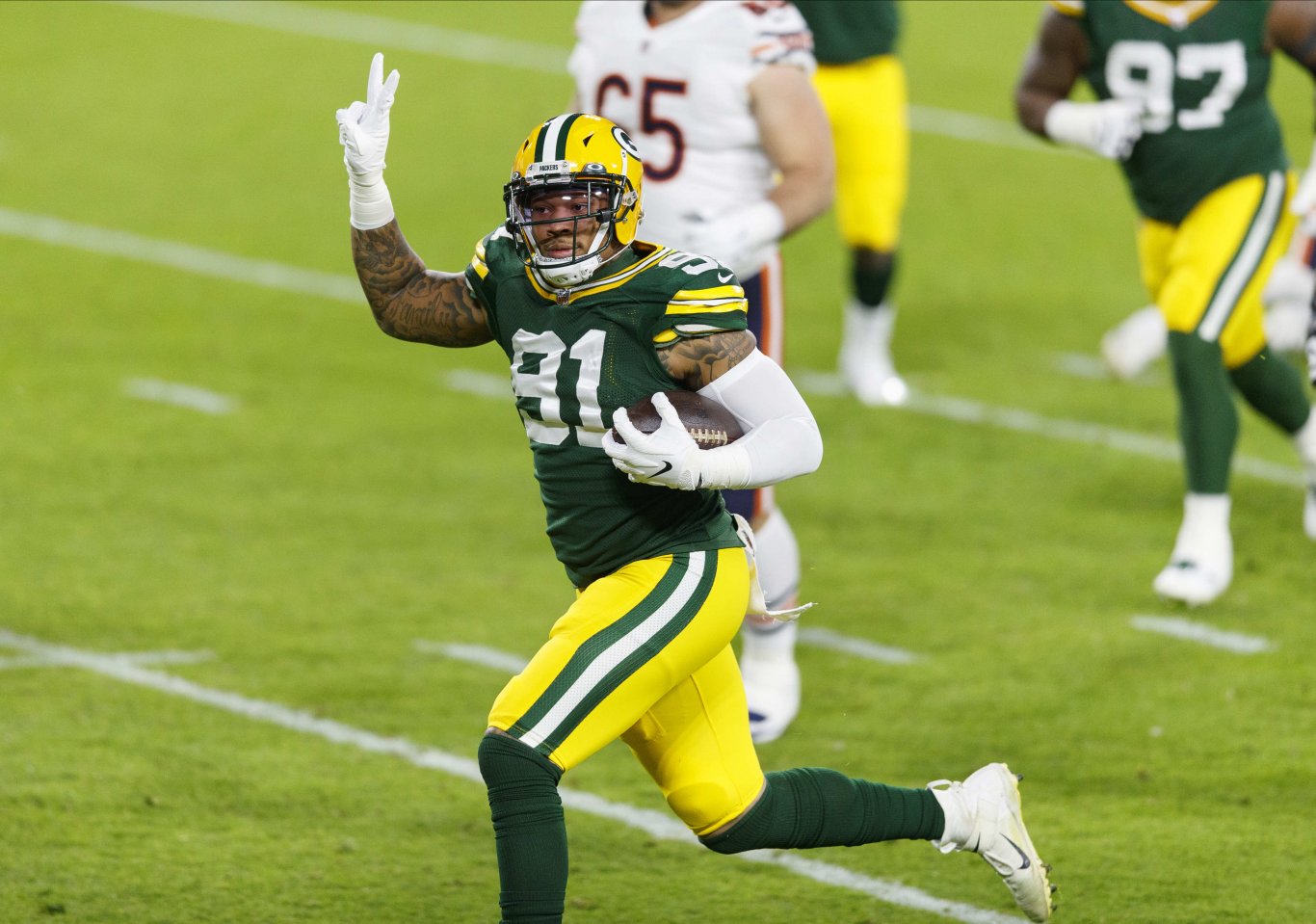 When the Packers signed Preston Smith in 2019, he was an immediate fan-favorite.  He registered 12.0 sacks in his first season in Green Bay, and had high expectations entering 2020.  Unfortunately, he came into the season out of shape and saw a decline in production.

Last season, Smith had only four sacks and 11 quarterback hits.  He had had 23 quarterback hits in 2019.  As a result of his play, he saw his usage drop as well.  In 2019, Smith was on the field for 84% of the defense’s snaps.  Last season, he was on the field for 79%.  As the Packers looked for ways to shed salary cap, many fans wanted Smith released.

Of course, that did not happen and Smith is back with the team for the 2021 campaign.  By all accounts, he is in much better shape than last season and is primed for a bounce back.  The Packers’ new defense is expected to be among the NFL’s best.  In order for it to reach those levels, Smith must regain those 2019 numbers.  As Rashan Gary continues to grow, and Za’Darrius Smith continues to draw double teams, the opportunities will be there for Preston.