It’s a massive game in the Big Ten West this Saturday. The Wisconsin Badgers welcome #9 Iowa. The winner of this game will have a hold on the Big Ten West. Kickoff is scheduled for 11 A.M. Here is what the Badgers need to do in order to secure a huge victory. 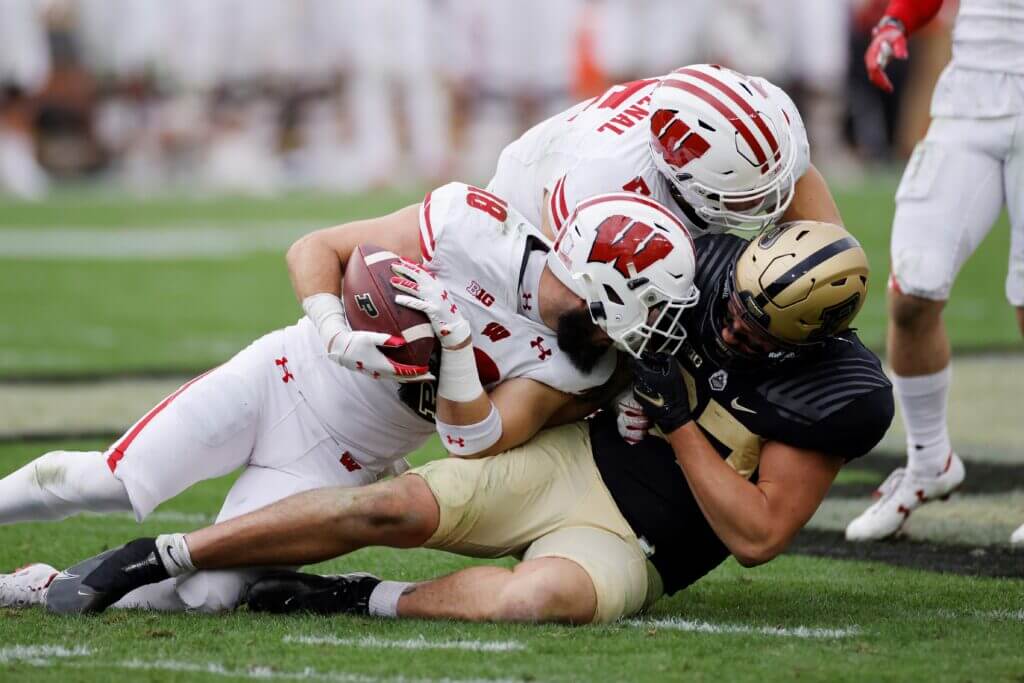 Last week was a big win for Wisconsin against Purdue. The Badgers defense was excellent and the running game was fantastic. The Badgers have their duo in Chez Mellusi. Defense and the run game makes Wisconsin what it is. if they want to win Saturday, they have to have an encore performance.

Will the Badgers run for over 300 yards against the seventh ranked defense in the country? Most likely not. However, if they can establish the run game and the defense does their thing, Wisconsin will be in the drivers seat.

Iowa has forced 21 turnovers this season and is +12 in turnover margin. Best in the B1G.

Wisconsin has turned the ball over 17 times and is -8 in turnover margin. Worst in the B1G.

Here is a scary stat for you. Iowa is first in the county in turnovers forced. Wisconsin is one of the worst teams in the country in turning the ball over. Let’s not overthink this. if Wisconsin has multiple turnovers, they will not win. It’s that simple. We know the offense has been careless with the ball at times. This can’t happen.

However, the Wisconsin defense has the ability to force turnovers. They intercepted Aidan O’Connell three times last week. Iowa doesn’t have the greatest quarterback in Spencer Petras. He threw four interceptions to same Purdue defense the Badgers faced two weeks ago. I think Iowa will try to establish their run game with Tyler Goodsen, but if they can force interceptions from Petras, it could be a very good day for the Badger defense.

Field Position and Time of Possession

The over/under on this game is 36.5. That is about as low of an over/under as you will see in college football. Both teams don’t score a lot and they value time of possession. Three and outs could be costly. As a result, field position can be impacted greatly.

I could see this being a red flag for Wisconsin. They haven’t moved the chain a lot at this point. They have to avoid this otherwise all the stress will be on the defense. It doesn’t matter how good your defense is; the longer you’re on the field, the more vulnerable you become.