The Wisconsin Badgers travel to Bloomington to take on the Indiana Hooisers tomorrow night. Indiana is looking for revenge after Wisconsin won in Madison December 8 despite being down as much as 22 points. The Badgers are looking to bounce back after a poor showing at home against Rutgers last Saturday. Tip time is 8 PM on ESPN 2. Here are the keys to victory tomorrow night.

Brad Davison is struggling mightily from the field. Over the last four games, the fifth year senior is averaging only 8.3 points a game. That will not do it. Wisconsin needs Davison to be the Robin to Batman (Johnny Davis). While he is still making critical shots late in games, he needs to putting up better shooting numbers.

It’s not time to start worrying about Davison, however. He always finds a way to shoot out of these slumps and find other ways to impact the game. A good game against Indiana tomorrow night could go a long way as the stretch run in conference play is here.

Can The Badgers Beat A Desperate Team? 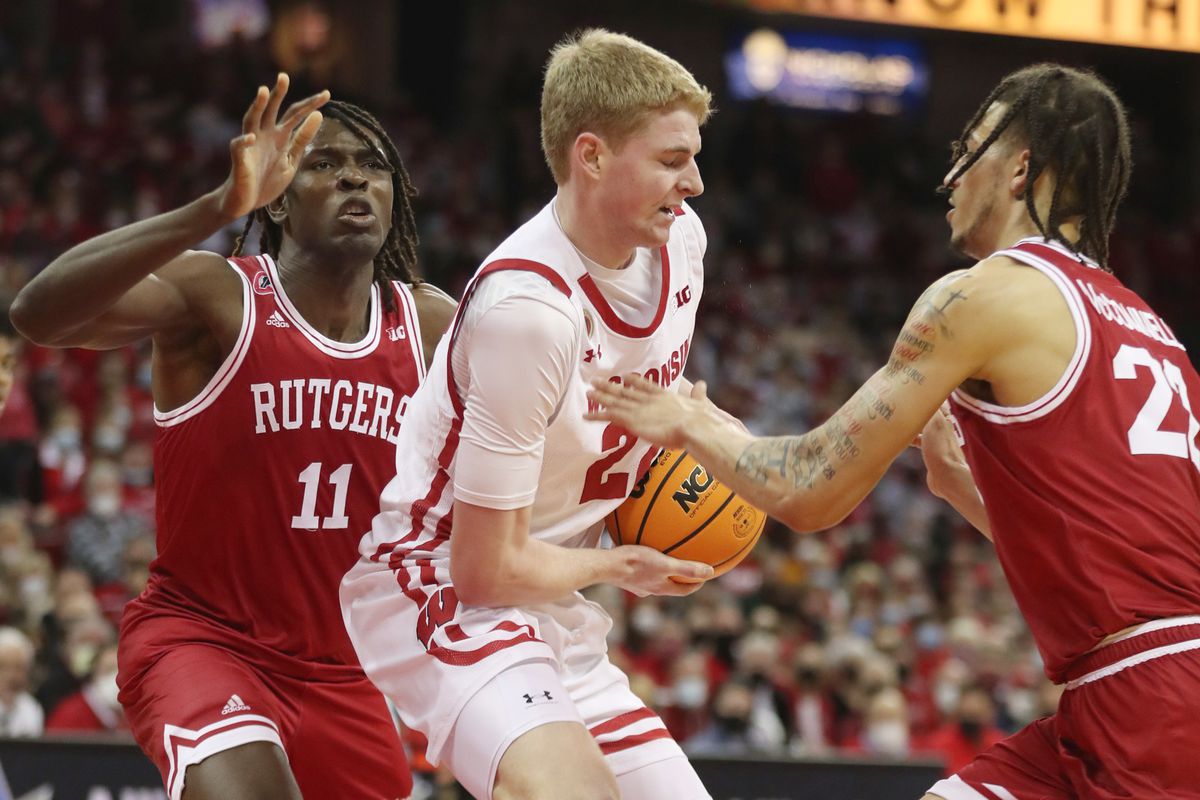 Rutgers came into the Kohl Center desperate and needing a win bad. This included playing top scorer Ron Harper Jr in the first half with two early fouls. The Scarlet Knights were the better team, more physical team, and got a win for their NCAA resume that could help them get into the tournament.

Indiana is on a three game losing streak and talks about them safely in the tournament are starting to change. Indiana has dealt with player suspensions and playing against teams such as Michigan State and Illinois. There is no doubt the Assembly Hall crowd will be rocking and the Badgers will have to battle one of the best atmospheres in the country. Indiana needs this win really bad.

A big reason the Badgers lost Saturday was they were 9-17 from the free throw line. Wisconsin is one of the best free throw shooting teams in the Big Ten at 74% as a team. A stat like Saturday’s is almost unheard of from this team.

Indiana comes in as the worst free throw shooting team in the conference at almost 68% from the line. This doesn’t mean the Badgers should feel good about Indiana at the line. Instead, they need to find a way to get to the line and get free points especially if in an offensive slump.

Greg Gard and the Badgers can’t feel good watching the Rutgers film. They didn’t finish after taking the lead late in the second half and they left key point from the line on the court. I would expect a better performance at the line when they get there. As a result, expect the Badgers to be aggressive and make Trayce Jackson-Davis or Race Thompson get into early foul trouble.

There is no doubt the Hoosiers are a better team at home and the crowd will try to carry them. Indiana is a streaky team and can get hot in a flash or cold in a flash. Like Wisconsin, expect Indiana to challenge Wisconsin’s big men. It will be important Steven Crowl and Chris Vogt to stay on the court.

The feel and vibe of this game makes me want to pick Indiana. As mentioned earlier, the Hoosiers are the desperate team and need to end a losing skid and get a good resume win. However, there is something about this Wisconsin squad that delivers on the road. With wins already at Mackey Arena and the Breslin Center, don’t expect the Badgers to be phased.

At the end, I think free throws and foul trouble will be the deciding factor. Give me the better free throw shooting team in a close one on the road.