The Green Bay Packers rallied off their sixth straight win of the season yesterday against the Washington Football Team.  One of the most important things to note was the Packers defensive effort in the red zone. Prior to yesterday, the Green Bay defense had given up a score in every red zone drive this season. That same defensive effort is going to be needed this Thursday as the Packers head out west to take on the Arizona Cardinals. This is will be the toughest game yet for Green Bay this season  not only because the Cardinals are undefeated, but they by far have  the most talented offense in the NFL.  With how big of magnitude this game is, what can we expect? 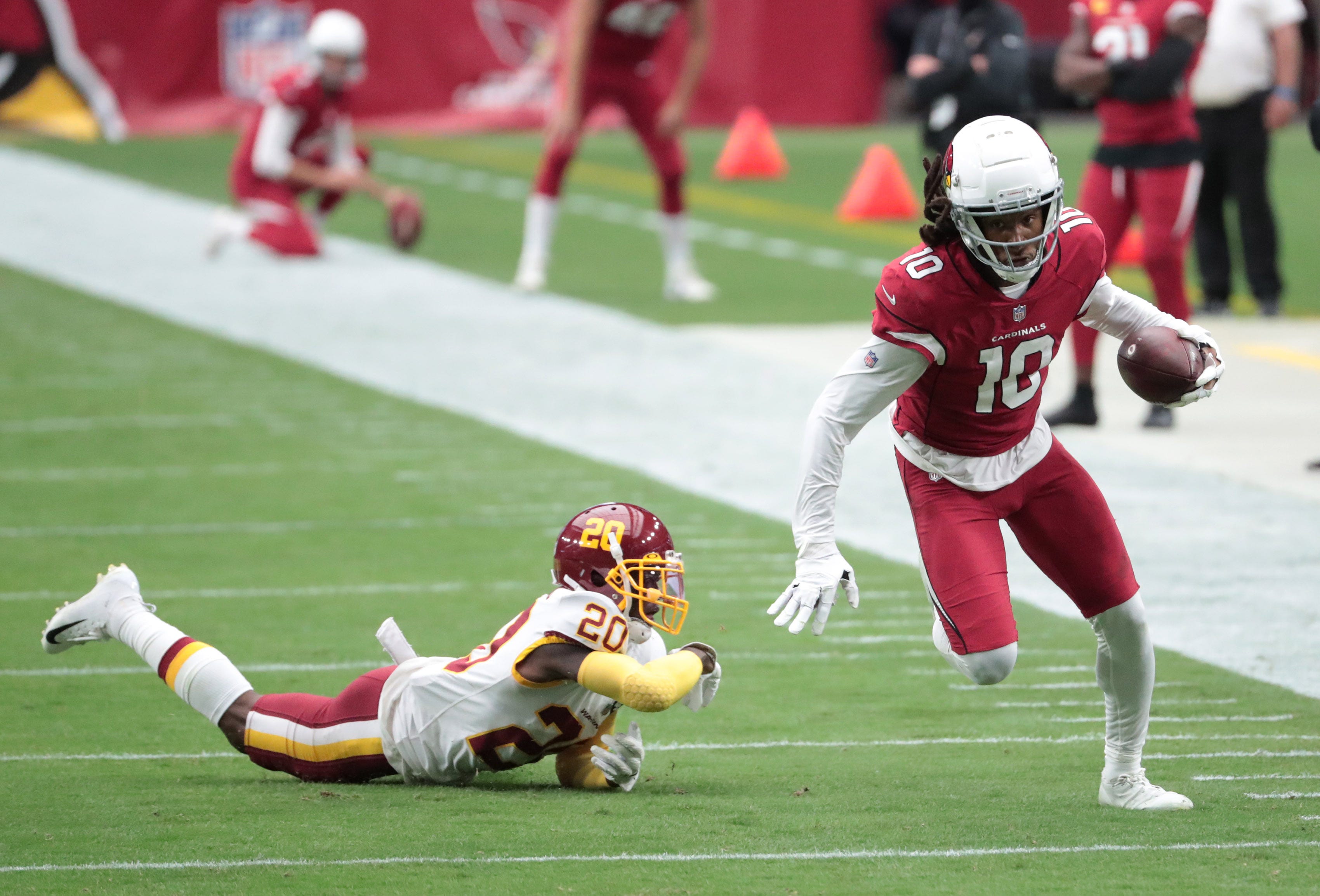 As stated above, the Arizona Cardinals are the most talented offense in the NFL. An MVP-caliber quarterback in Kyler Murray, and a top receiver in DeAndre Hopkins spells trouble for Green Bay. This is a game where having Jaire Alexander would be a huge benefit to the Packers defense. Eric Stokes has proven that he can compete in the NFL, but he has not matched up with a player of Hopkins’ stature. Do not be surprised to see Murray target Stokes early and often to get him off his rhythm. On top of that, AJ Green and Christian Kirk need to be accounted for as well. The Packers’ defense has been playing very well these past six games. But, all good things to come to an end. The Arizona offense, at the end of the day, is going to be too much to handle.

If someone were to critique the Arizona Cardinals, the one outlier would be that the defense does give up points. To the Cardinals credit, they have faced several talented quarterbacks. But, this defense has found themselves to be in tight games almost all season, except against Houston last week. This facet should be an advantage to Aaron Rodgers and this offense. The Packers will also be Arizona’s best offense that they have faced as well this season. The Cardinals, similar to Washington, have a great defensive line, but do not have a strong secondary. Aaron Rodgers took full advantage of that Sunday and I would anticipate that he does the same thing Thursday.

I mentioned above that the Arizona Cardinal offense would be too much for the Packer defense. But, that does not assume a loss will be recorded for Green Bay. In fact, I do see this be a very high-scoring game with scores on almost every single possession. Mason Crosby did have a very forgettable performance against Cincinnati this season, but that game is behind everyone. Crosby is going to be a very key piece of the puzzle for the Packers to win this game. Instead of sealing the game in overtime, Mason Crosby will kick the game-winning field goal as time expires, thus, giving Arizona their first loss of the season.