The Wisconsin Badgers received the number six seed in this week’s Big Ten Tournament. At the beginning of the year, most of us would have thought this was a team would have clinched a double bye. However, this year they got the single bye. The Badgers face the winner of Penn State and Nebraska Thursday night. Below are three potential X-factors if the Badgers want to go on a run this week.

Throughout this career, Aleem Ford has been a streaky shooter. We’ve seen him go unconscious from three and times where it seems as if he goes five games in between making a three. He’ll be the first to tell you this isn’t the senior year he probably envisioned. He’s started all 27 games, averaged 8.5 points per game, and shoots 31.7% from three. Last year, he shot 34.7% from three.

If Ford can be a threat from three and make defenses respect his shot, it would help Wisconsin out in a big way. Right now, D’Mitrik Trice and Micah Potter are Wisconsin’s only threats from the field. Having Ford take the pressure of these two and consistently make shots behind the three could help the Badgers make a run in this conference tournament.

No one on this team has struggled more than Nate Reuvers. Like Aleem Ford, Nate would probably be the first one to tell you it’s been a tough year for him. After leading the team with 13.1 points per game last season and shooting 33.7% behind the three, he has averaged 8.5 points per game and 24.6% from three this year. We know he’s a much better player than the stats show this year. A little confidence and a good conference tournament showing should help Reuvers in the NCAA tournament.

I believe Reuvers is most important piece. Wisconsin is one of few team in the conference with two skilled big men at least 6’10 or taller. The other team is Illinois. Potter and Reuvers have the ability to stretch opposing big men out on the three where they’re most likely not comfortable defending. Micah Potter should be the main big man moving forward, but Reuvers would be a solid complementary piece to Potter if he can stretch the floor and hit shots outside the paint. 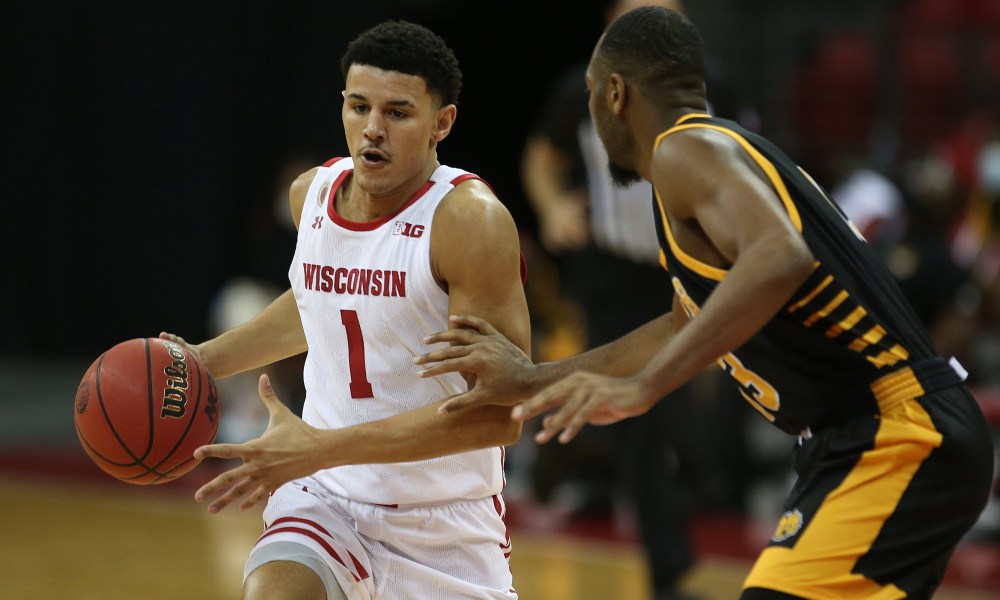 Unlike Ford and Reuvers, Johnny Davis is playing his best ball of the season. He’s also playing it at the right time. As the game as slowed down this season, he looks more comfortable from the field. It’s a tall task to ask a true freshman to go from high school to playing 25-30 minutes a night in the best conference in the NCAA. That’s how good Johnny Davis is.

Davis is averaging 24.2 minutes per game and is averaging 7.0 points per game. Along with Potter and Trice, he is one of the best play makers on the roster. A confident Johnny Davis could prove to be in Wisconsin’s favor should they make a run in the Big Ten tournament.

Follow me on Twitter @DylanBuboltz. Check out our merch page! Use promo code WISCO at checkout for $1 off! To read more of our articles and keep up to date on the latest in Wisconsin sports, click here!