The Green Bay Packers had a very strong draft class in 2021. With their first round pick was Eric Stokes, who turned out to be one of the best rookie cornerbacks in the NFL. While the Stokes selection worked out incredibly well for the Packers, at the time of the draft, there were many fans upset that the team did not take a wide receiver. Green Bay did take a wide receiver, Amari Rodgers, in the third round. Many of their targeted first round wide receivers were already off the board by the time they took Stokes at pick 29. One of those former targets, Kadarius Toney, is rumored to be on the trading block.

Why Would the New York Giants Want to Trade Kadarius Toney? 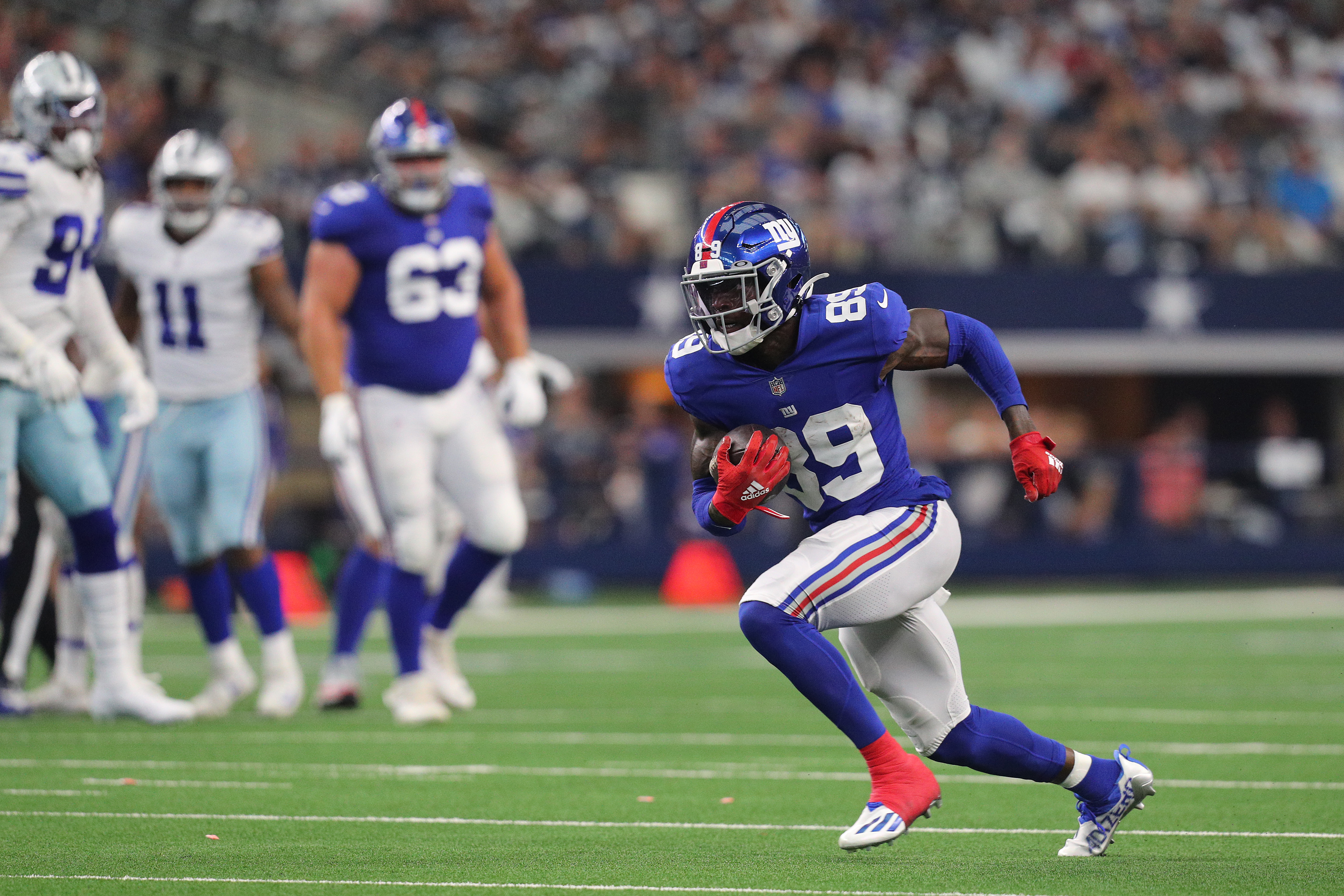 The New York Giants have become one of the laughing stocks of the NFL. They have yet another new head coach heading into 2022 who has no loyalty to any of the veteran players on the team. As a result, many Giants players have had their names thrown around as possible trade targets by other teams.

Related: This Packers and Giants trade would send Kenny Golladay to Green Bay

Kadarius Toney was a rookie last season and only stayed healthy for 10 games. When he was healthy, he was a reliable target who hauled in 68% of the passes thrown his way. He ended the season with 39 receptions, 420 yards, and no touchdowns. A sure-handed receiver, Toney dropped just two passes all season for drop percentage of 3.5%.

How Could the Packers Acquire Kadarius Toney?

Due to Kadarius Toney’s injury struggles in 2021, his value on the trade market may have taken a slight hit. The Green Bay Packers could acquire him for a second or third round draft pick. If the Giants desire a player right away in return, Green Bay could offer Jordan Love as an upgrade at quarterback over Daniel Jones. This is a bit of an extreme offer, but if the Packers really liked Toney last year, they may be willing to pull the trigger.

Related: This trade between the Packers and Falcons would send Jordan Love to Atlanta