The 2019 offseason was quite an interesting one for the Green Bay Packers.  For the first time in over 10 years, there was a new head coach.  Free agents Za’Darrius Smith, Preston Smith, and Adrian Amos were brought in.  With two first round picks, the Packers drafted Darnell Savage and Rashan Gary, much to the dismay of many fans.  Indeed, their rookie seasons were filled with some highs and many lows.  However, in 2020, the pair of first-round picks made incredible jumps that helped raise the Packers’ defense to ranks it had not seen in 10 years.  Here, we highlight the second-year jump of Darnell Savage. 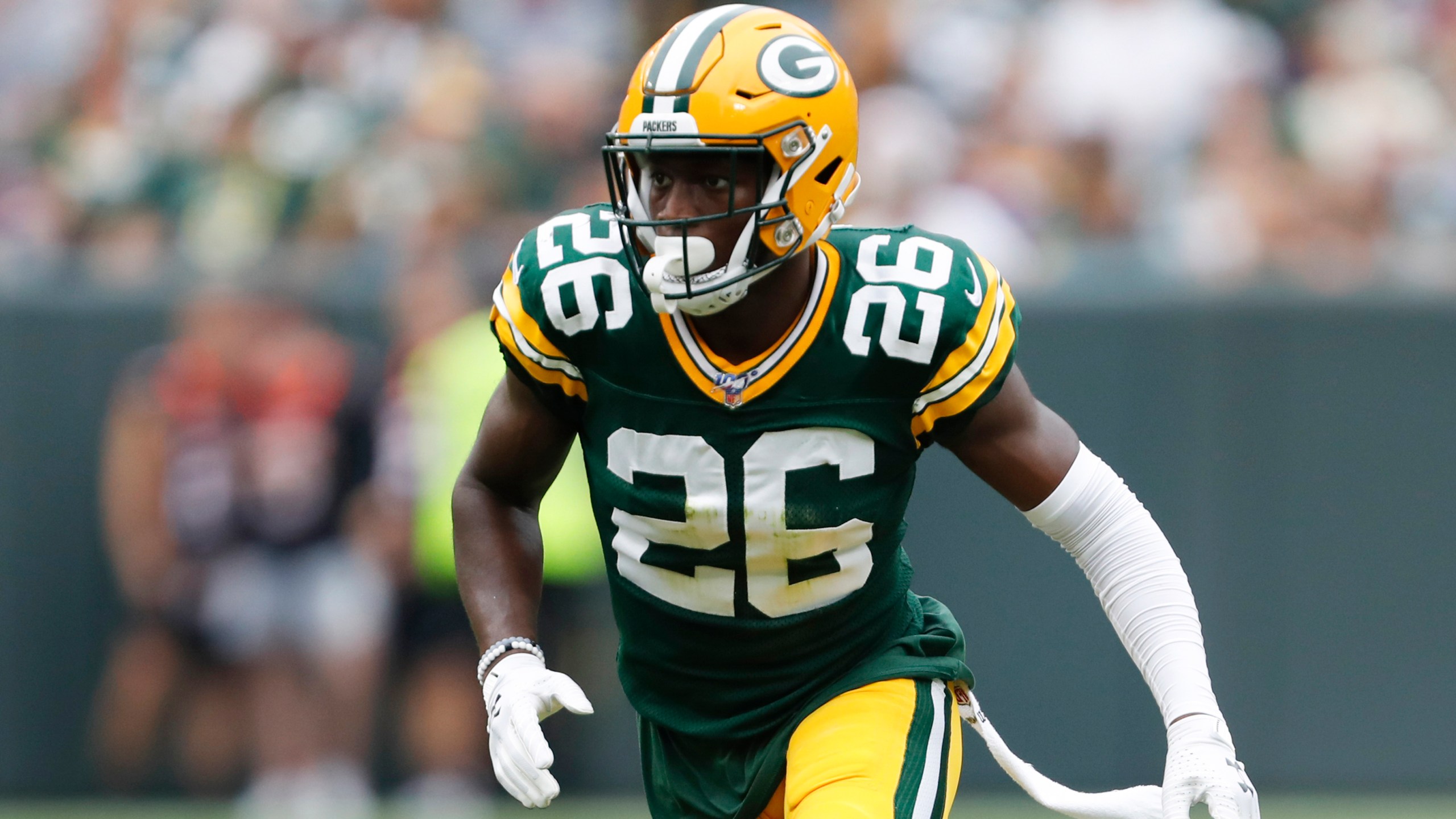 Darnell Savage was drafted by the Packers with the 21st overall pick in the 2019 NFL Draft.  He was immediately inserted into the starting lineup opposite Adrian Amos.  The rookie safety showed flashes of brilliance in 2019.  He recorded two interceptions, deflected five passes, and forced two fumbles.  In addition, he had 55 tackles on the season.

However, while the flashes were there, it was clear that Savage was a rookie defensive back.  He was often caught out of place.  One of his biggest struggles was tackling.  In 2019, Savage had a missed tackling percentage of 12.7%.

Savage’s 2020 season, at first, picked up where his rookie season left off.  Early in the season, Savage was often a non-factor in the passing game.  Through the Packers’ first seven games, Savage had just one pass deflection and no interceptions.  However, defensive coordinator Mike Pettine made an adjustment in his scheme, and Savage flourished.  As a ball hawk, his dominant play made him PFF’s second highest graded safety, behind only teammate Adrian Amos.

In the Packers final nine games, Savage deflected 11 passes and recorded four interceptions.  He also recorded his first career sack.  Not surprisingly, the Packers went 8-1 in these games. Savage finished the season with vast improvements in almost every category from his rookie year.  His four interceptions doubled his total from 2019.  He had 12 total pass deflections, seven more than his total from the year before.  In addition, his 75 tackles in 2020 were 20 more than his 2019 total.  Most telling, though, are these two stats.  In 2019, quarterbacks had a passer rating of 71.1 against him.  This season, they had a 67.3 rating.  He also became a more sure tackler, lowering his missed tackle percentage to 10.7%.