The Packers Do Not Use Franchise Tag on Aaron Jones; What’s Next? Today was the final day that NFL teams could opt to use the franchise tag on players bound for free agency.  Had they tagged Aaron Jones, he would have been paid around $10 million this season.  Instead, given the team’s salary cap situation, they may head into 2021 without the Pro Bowl running back.  However, the team still hopes to sign him to a deal.

What About Jamaal Williams? 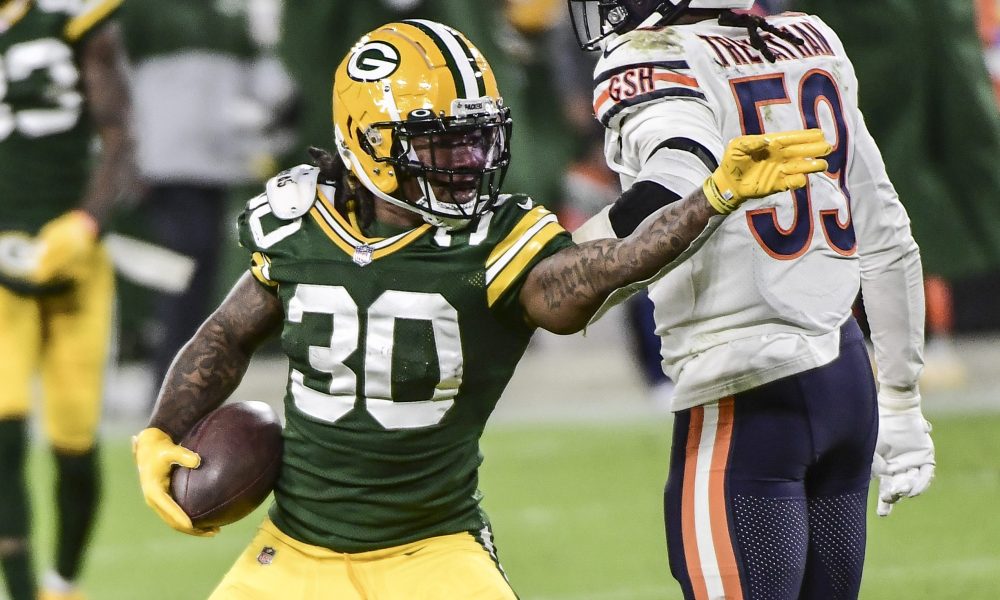 Jamaal Williams is also a free agent this offseason.  However, in a recent post, he said it is his goal to remain a Packer for life.  Aaron Jones had previously said the same thing.  However, when offered a contract that would have made him one of the highest paid running backs in the NFL, he turned it down.

Jamaal Williams will not fetch nearly as much money on the market as Jones.  It is possible that the Packers are able to bring him back on a team friendly deal.  If they do, he will likely retain his spot as the team’s second running back.

What About AJ Dillon? 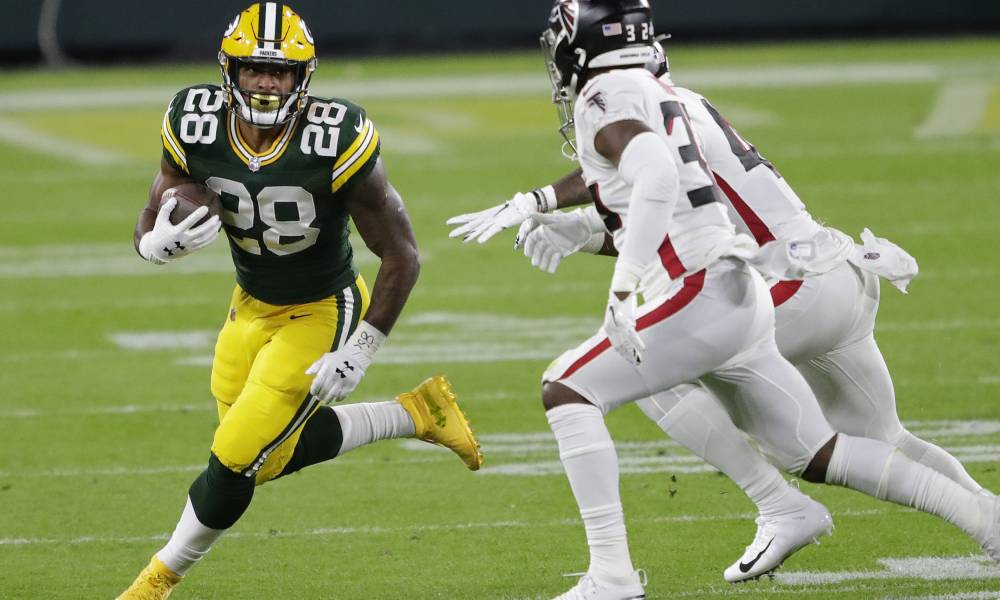 By all accounts, AJ Dillon is expected to be the Packers’ starting running back in 2021.  He has shown that he can bear this load in the past.  Against the Tennessee Titans late last season, he rushed for over 120 yards and two touchdowns.  A bruising runner, Dillon would fit the role Derrick Henry did in Matt LaFleur’s offense when the coach was in Tennessee.

For a list of other potential free agents the Packers may pursue, you can read our analysis of these running backs:

Of course, the Packers could search for running back depth in the draft.  After all, both Aaron Jones and Jamaal Williams were later round picks in the same draft class.  However, given that AJ Dillon has little experience and is in his second year himself, the Packers will likely sign a veteran.  They could draft a back later, but probably only one in rounds four through seven.