The Illini Handle the Badgers in Disappointing Loss After a rocky game against Penn State on the road and then a thrashing at home, many Badgers fans did not know what to expect for this highly toted game against the #12 Fighting Illini in Champaign. The result was highly disappointing as the Badgers could not stop Illinois. Illinois defeated Wisconsin 75-60. The Illini trounced us in ever major category. The Badgers were out-rebounded 46-19. They shot 4-24 from 3 and 41 percent from the field. Illinois star Point Guard Ayo  Dosunmu finished with an impressive triple double as he recorded 21 points, 12 rebounds, and 12 assists. Big man Kofi Cockburn added 23 points and 14 rebounds as well. D’Mitrik Trice had 22 points and 4 steals in the loss, but this was not enough to overcome lack of rebounding and dismal 3 point shooting throughout the game.

Wisconsin’s only lead of the game was at 2-0 through a D’Mitrik Trice midrange jumper. After that it was the Illini show. Kofi Cockburn and Ayo Dosunmu helped lead Illinois to a 20-12 lead with 9 minutes left in the first half. A scoring drought lasted for about 2 minute stretch until a Tyler Wahl and one helped cut the lead to 5. Kofi Cockburn dominated the rest of the half. Micah Potter missed 2 back to back threes as Tyler Wahl was the only Badger to score in the last 5 minutes. Illinois led 36-23 at the end of the first half. 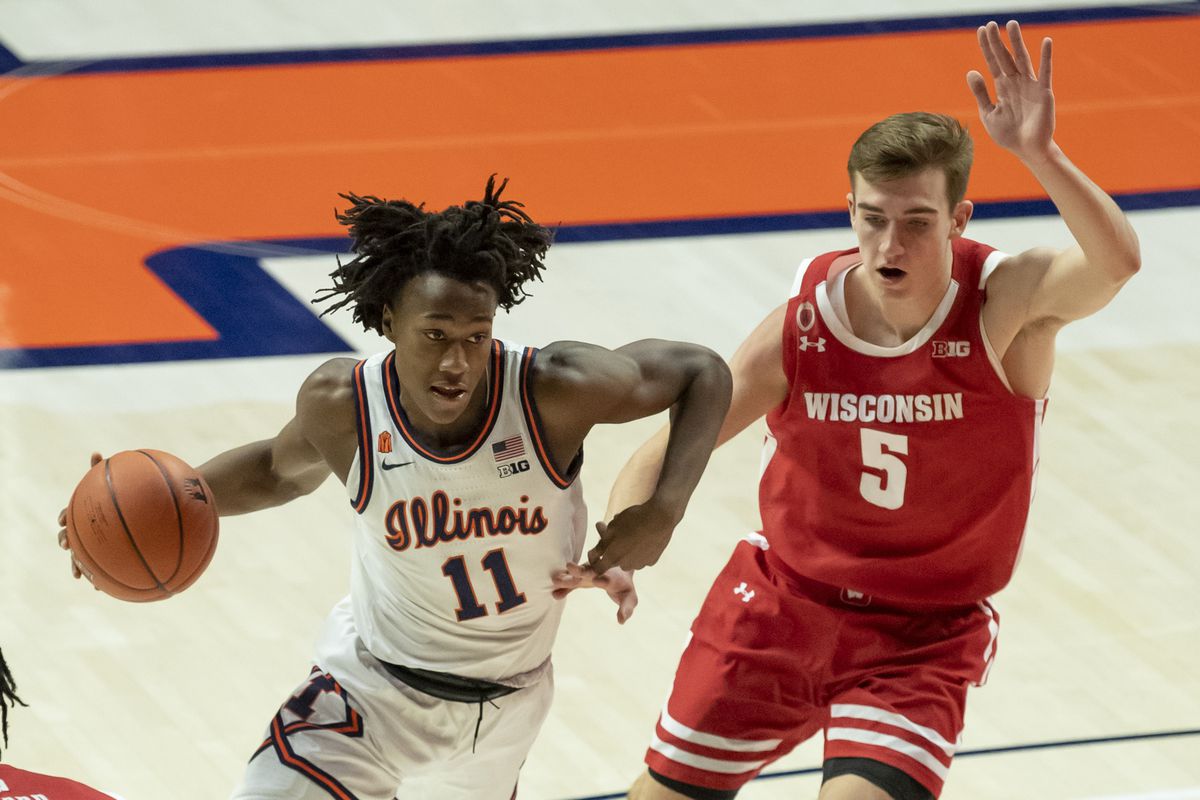 Wisconsin started the 2nd half with a bucket by Aleem Ford, Micah Potter, and a 3 by Nate Reuvers, but could not stop Illinois as the lead stayed at 13. There was a bit of hope as D’Mitrik Trice got hot and the Badgers defense stepped up to make the score 41-48 with 12 minutes remaining. That remained stagnant as the lead was 50-57 with 8 minutes remaining. Then Illinois pulled away as Wisconsin could not contain the quick Ayo Dosunmu as his play-making and scoring iced the game for Illinois.

Brad Davison had a tough game shooting 0-5 from 3 and recording zero points. The Badgers need him to be a consistent source of scoring if they want to have a chance in March. Shooting 4-24 from 3 point land is also not a great recipe to win games. Wisconsin’s growing dependence on the three makes them more susceptible to upsets. Overall, Wisconsin needs to be more disciplined and improve their shot selection. This is not a bad loss, but definitely hurts their seeding for March. They look to play better in their matchup against Nebraska on Thursday.