Takeaways from the 34-17 Victory Over the 49ers The Packers dominated the San Francisco 49ers in a 34-17 victory in Santa Clara. This was a get right game for the Packers as they now improve to 6-2 on the season. The Packers are currently in the top spot in the NFC North and currently hold the 3rd seed in the NFC. Here are some quick takeaways from the dominant victory over the 49ers.

Davante Adams Is The Best Receiver In The NFL

Davante Adams is making a strong case for being the best receiver in all of football right now. Against the 49ers, Adams went off for 173 yards and a touchdown. Nobody was able to cover Adams, even though they knew he was getting the ball and he was making the 49ers secondary look silly. The routes that Adams were running were ridiculous, leaving every defender on him in the dust. Davante Adams also has scored six touchdowns his last 3 games as he continues to be a touchdown machine. After tonight, Davante is currently in my book the best receiver in the NFL.

Defense Bounced Back But Need To See More

Mike Pettine saved his job for now, but still needs to be better. He can’t let this game think his job is safe. The Packers defense started off slow, then were lights out the rest of the game starting with an interception from Raven Greene that swung momentum. The Packers were in the backfield all night. They stopped the run and made 49ers quarterback Nick Mullens life miserable. Preston Smith showed up tonight. It was a big game from him and Zadarius Smith as both were causing havoc, showing some of the flashes from 2019. Both caused two key turnovers a fumble and a interception off quick pressure. This was a injured riddled 49er team and had guys on the COVID 19 list, but it was a good confidence boost to build off from. 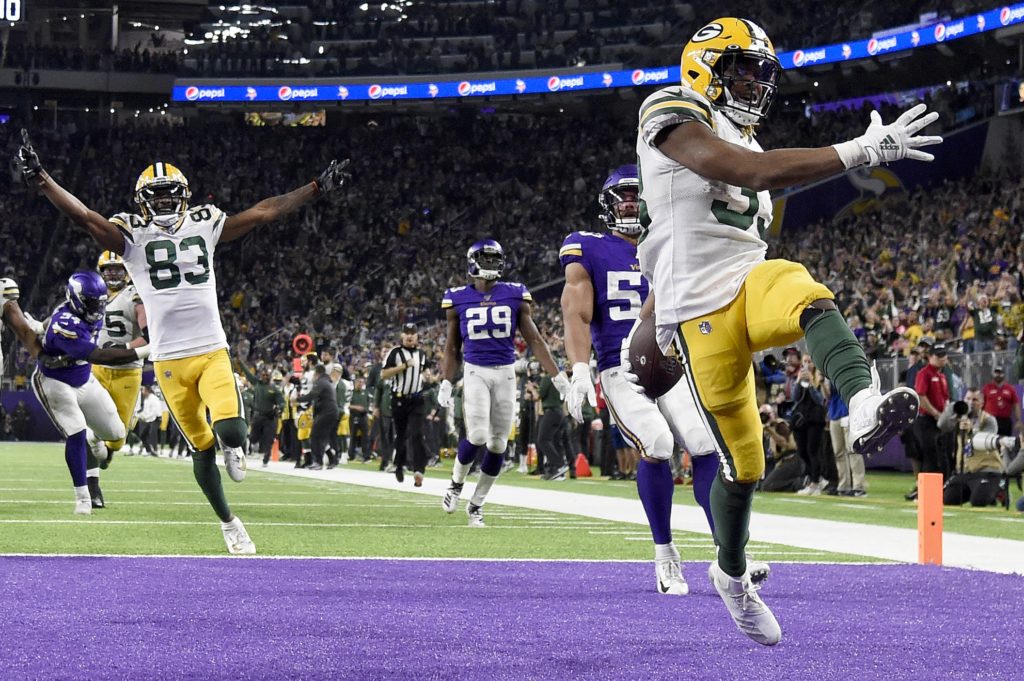 The Packers took care of business tonight and now have a mini bye to get guys healthy for the long haul as they have a ton of injuries they are dealing with. With this win, they put themselves further ahead in the NFC North with the Bears close behind who play the Titans Sunday. The Packers can capture the number 1 seed if the Seattle Seahawks and the Tampa Bay Buccaneers loss. The Packers now control their own destiny at this point and need to show up every game from here on out if they want keep their super bowl dreams alive.