There are a fair share of players throughout all of Major League Baseball that deserve proper recognition. The one in discussion in this article? Tyrone Taylor.

Tyrone Taylor was drafted by the Milwaukee Brewers in the second round of the 2012 MLB First-Year Player Draft out of Torrance, CA. From then, he’s played the majority of his career in the minor leagues. While he hasn’t had a lot of time in the big leagues, the time he has spent there has been amazing. The problem is, the Milwaukee Brewers seem to exercise all options they have for him. In order to be a successful player, he needs to have the big league playing time.

The COVID-19 pandemic, however, changed plans for him. Initially, he was in the 60-man pool for Milwaukee. But, Taylor would spend a majority of the season in Appleton at the Alternate Training Site.

Taylor has been back and forth between the minor and major leagues throughout his almost ten-year career with the Milwaukee Brewers. He spent eight years in the minors before actually making his big league debut. Seeing how he’s performing now, he’s stood out as one of the more impressive players for the crew.

Taylor has seen most success when pitched the fastball; Eight of his nine home-runs have been hit off of that at 53.3% of the time. He hit his first career grand slam against the Chicago White Sox on Friday, July 23, helping to lead the crew to a 7-1 victory.

In his minor league visits this season with Class AAA Nashville, Taylor has hit three home runs for the Nashville Sounds. Prior to his call-up on June 1st, he was named the Triple-A East Player of the Week. He was the first member of the Sounds to earn this weekly honor from the league. Taylor returned to the big leagues after Lorenzo Cain was placed on the 10-day injured list with a right hamstring strain. Upon his return, he smacked two home runs against the Detroit Tigers on Tuesday.

Lorenzo Cain is expected to make a return to the Major League lineup, which means changes for the Brewers’ roster. With Tyrone Taylor hitting the ball hard and being such a key piece to the red hot offense, it would be silly of the Brewers to send him back down to Nashville.

Give Credit Where Credit’s Due 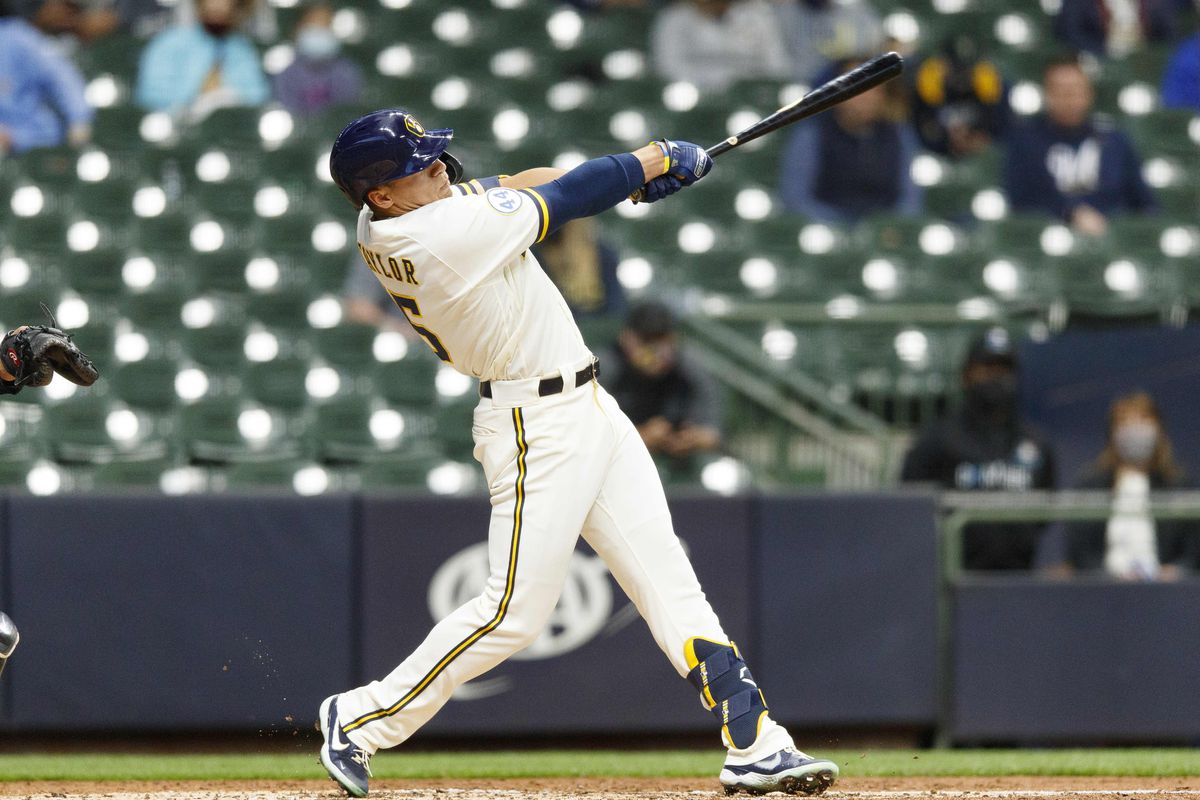 It’s been an uphill battle for Taylor when it comes to staying on the big league roster. Compared to his teammates that also play outfield who are out of options, Taylor still has a minor league option available. So if the roster spot is needed, chances are that he would be the first consideration to be sent down.

There’s been those moments that pondered if Taylor was right for the crew. But somehow, he always shows up and proves people wrong. People don’t give Tyrone Taylor the credit he deserves, and it’s quite puzzling as to why. He’s only 27-years-old, and has a lot of playing time left in him, but giving up on him so easily isn’t the way to go.

While there are other players on the roster that have contributed, none have been comparable to Taylor. A permanent roster spot for him is long overdue.

The point of this is, stop sleeping on Tyrone Taylor. He’s an amazing athlete who has a lot of potential. Sure he isn’t a Christian Yelich or Ryan Braun, but there is full belief that he could make a name for himself within the Brewers organization.