Should We Be Concerned About The Milwaukee Bucks? The Milwaukee Bucks have a 36-24 record, and are currently the fifth seed in the Eastern Conference. Fans have been spoiled over the past three seasons with great play and an NBA title. It is hard to believe but the Bucks are two losses away from tying their total losses from last season. With that being said, should there be a sense of concern?  Let’s take a look at reasons why the Bucks have struggled this season and if there is warranted level of concern: 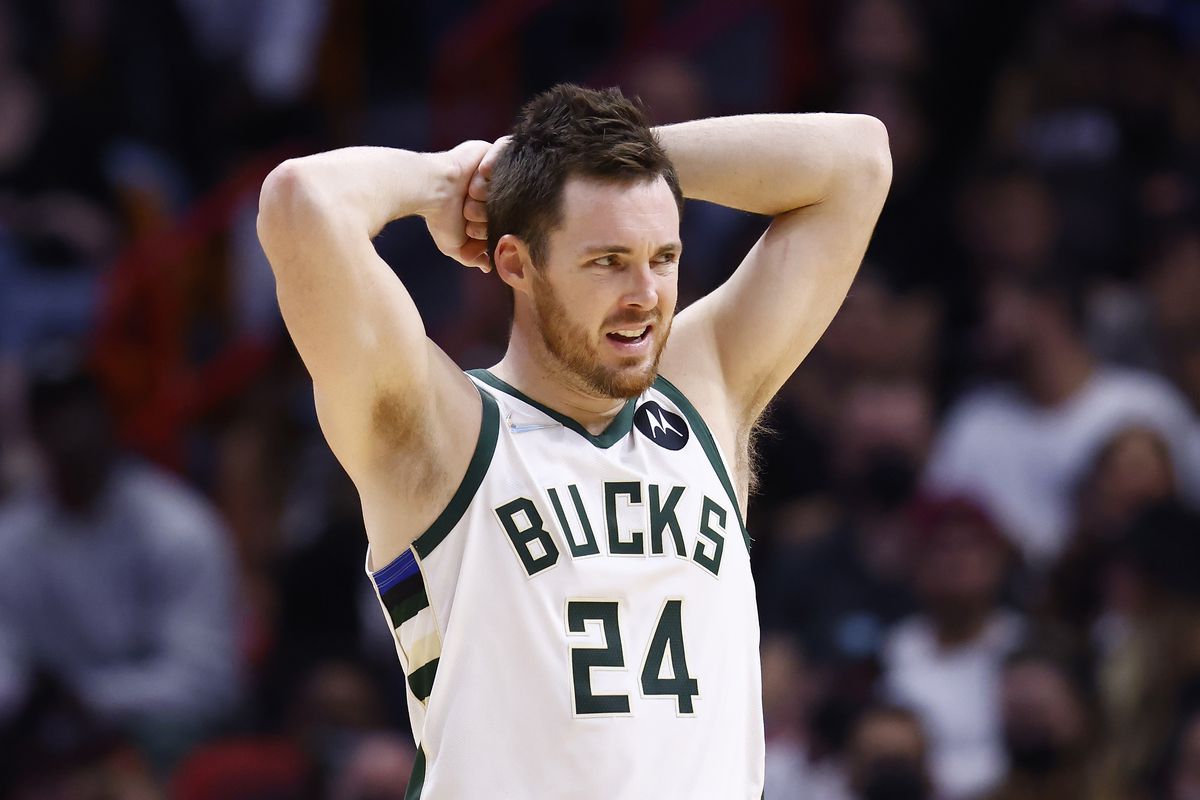 The injury bug has arguably been the biggest factor to the Bucks’ struggles this season. So far, Jrue Holiday, Brook Lopez, Khris Middleton (COVID), and now Pat Connaughton have all missed time due  to injury. Lopez and Connaughton are still inactive, which definitely raises the level of concern. Milwaukee did a great job in free agency with the addition of Serge Ibaka. The only downfall is that  Ibaka does not have an outside game. From now until the playoffs start in April, it is going to be crucial that the current core of players take care of their bodies. If the Bucks cannot overcome and get a handle on these injuries, I cannot see Milwaukee earning a top three seed in the playoffs.

Injuries have caused the Bucks to go deep into their bench more than what they would like to. Last season, Bobby Portis, Pat Connaughton, and Bryn Forbes gave Milwaukee sparks when they needed it. However, Forbes is no longer in Milwaukee. Connaughton is injured. And, Portis is now an everyday starter. Who is left after that? The Bucks do have veteran players such as George Hill and Wesley Matthews. On top of that, they still have Jordan Nwora.  The only problem is that these three have not given the Bucks that spark when they need one. Hill and Matthews are both very good defenders, but do not have an offensive game. Nwora has an incredible three point shooting talent, but it is not consistent. I would put this at a medium-high concern.  There is time to get the bench up and going, but the timeframe is not very long.

The Emergence of Chicago and Cleveland

The Eastern Conference has been  dominated by the Bucks, 76ers, and the Nets. This year, though, two new teams have come alive and are making their marks in the conference. The Chicago Bulls had good offseason with the acquisitions of DeMar DeRozan, Lonzo Ball, and Alex Caruso.  The Cleveland Cavaliers have hit their last few drafts very well with Colin Sexton, Jarett Allen, and Evan Mobley. There is no doubt that the Bulls and Cavaliers have a chance to make the NBA playoffs interesting this year. But, at the end of the day, the Bucks can beat both of these teams in a seven game series when fully healthy. I also still believe that the Bucks are the team to beat in the Eastern Conference. I am going to put this as low level of concern, but still needs to be watched for the rest of the season.

The Milwaukee Bucks have surely had their fair share of struggles this season. I am not counting out a turnaround after the All-Star break. However, this upcoming break is going to be important for the Bucks to get healthy and regroup. From a concern standpoint, I would put this group in the medium category. As mentioned above, they have time to get these issues straightened out. This is still a team that I believe can win the Eastern Conference again this year. But, if nothing changes or improves, we can certainly see the Milwaukee Bucks playing as an underdog against a top four team to begin the playoffs.