WASHINGTON, DC - MARCH 03: Sam Dekker #8 of the Washington Wizards celebrates in the second half against the Minnesota Timberwolves at Capital One Arena on March 03, 2019 in Washington, DC. NOTE TO USER: User expressly acknowledges and agrees that, by downloading and or using this photograph, User is consenting to the terms and conditions of the Getty Images License Agreement. (Photo by Rob Carr/Getty Images)
Share
Facebook Twitter LinkedIn Pinterest Email

One of the most beloved and popular basketball players in Wisconsin’s recent history is making his return to the NBA.  Sam Dekker, the pride of Sheboygan, WI, is signing a two-year deal with the Toronto Raptors.  ESPN’s Adrian Wojnarowski was the first to report the news.

After two seasons overseas, F Sam Dekker is returning to the NBA on a deal with the Toronto Raptors, his agents Andy Shiffman and Mark Bartelstein of @PrioritySports tell ESPN.

Sam Dekker in the NBA

After being drafted in the first round of the 2015 NBA Draft, Sam Dekker played four seasons in NBA.  During that time, Dekker played for the Houston Rockets, Los Angeles Clippers, Cleveland Cavaliers, and Washington Wizards.  Due to injuries, Dekker did not receive any NBA offers when his rookie contract expired.  As a result, he has spent the last two seasons playing professionally in Europe. 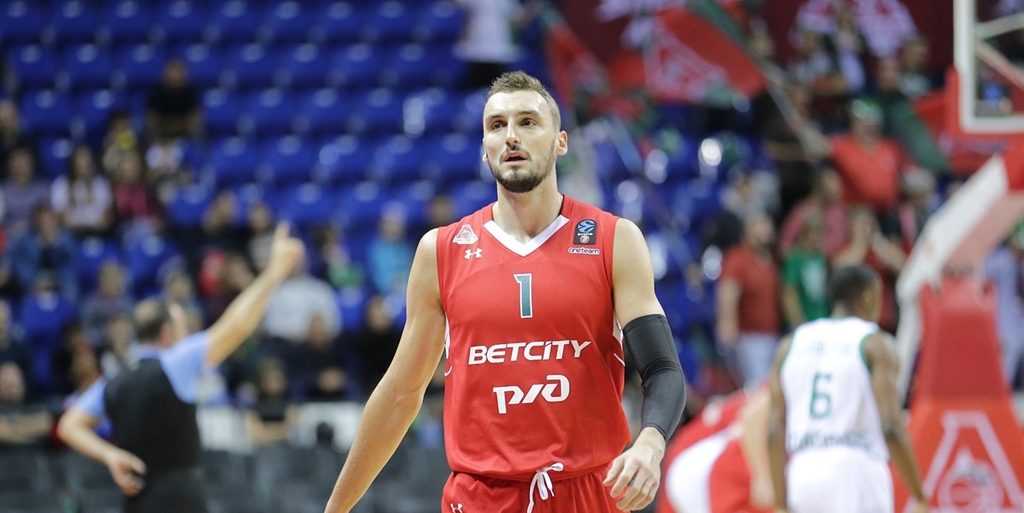 Sam Dekker signed with the Russian team Lokomotiv Kuban of the EuroCup league in 2019.  That year, he averaged 13.1 points and 5.3 rebounds.  Thankfully, he was able to get back to the United States before all traveling stopped because of COVID-19.

This past season, Dekker played with Turk Telekom of the Turkish Super League.  He was even better this past season than in 2019.  The former Badger put up averages of 15.4 points and 5.6 rebounds per game.  Additionally, he averaged 2.2 assists and 1.1 steals per contest.