There have been plenty of rumors circulating regarding Green Bay Packers star quarterback Aaron Rodgers. Some said he should retire, while others think the Packers should trade away their four-time NFL MVP quarterback. With the recent firing of Denver Broncos head coach Nathaniel Hackett, a new rumor emerged suggesting Rodgers and Hackett should join forces once again on a new team in 2023.

If you are not aware, Hackett was the offensive coordinator for the Packers from 2019-2021. The Packers had three straight 13-win seasons with Hackett as OC. In 2020, the Packers even scored a league high 31.8 points per game.

Aaron Rodgers has had two of his best seasons during his 18-year career with Hackett as the offensive coordinator. Rodgers won back-to-back MVP awards in 2020 and 2021, tallying 85 touchdowns and only nine interceptions during those years.

When Hackett was hired to be the Broncos head coach earlier this year, it was believed he was brought in to help lure Rodgers to Denver. The Broncos were ready to risk it all to land Rodgers in the 2022 offseason, reportedly offering their 9th overall and second-round pick in the 2022 NFL Draft, as well as next year’s first. However, Rodgers stayed in Green Bay and the Broncos landed Russell Wilson instead. 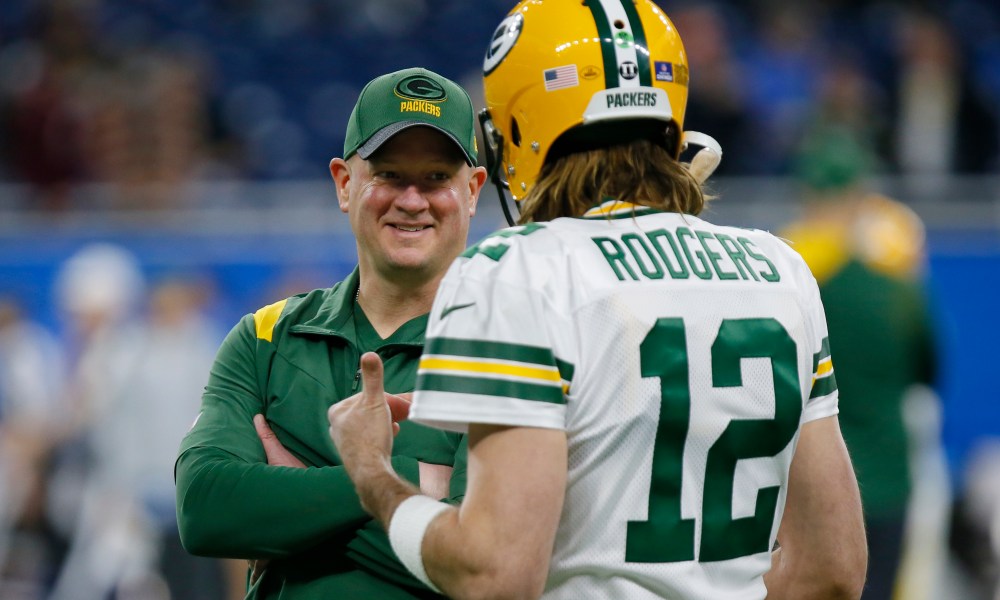 An article written by Jeremy Brener named the Washington Commanders as a possible destination for both Aaron Rodgers and Nathaniel Hackett in 2023.

The Commanders are facing uncertainty at the quarterback position this season. Carson Wentz was brought in this year to be the starter, however, after an early season injury, he now serves as the backup to Taylor Hienicke.

Despite the inconsistency at QB, Washington still find themselves in the playoff hunt. If Rodgers were to leave Green Bay next season, he’d want to go to a playoff contending team.

Last month, NFL Network’s Tom Pelissero named current Commanders’ offensive coordinator Scott Turner as one of several candidates to watch for the upcoming head coaching carousel. Pelissero had this to say about Turner.

It’s a credit to Turner that the Washington offense has been functional the past few seasons, given the revolving door at quarterback and nonstop drama surrounding the organization. Just look at his game plan in a upset win over the Eagles, focusing on holding the ball and controlling the game; the Commanders had 25 first downs, converting 12 of them on third down, and had the ball for over 40 minutes. Turner is creative and knows how to adapt to his personnel (or lack thereof). And his eye for young QB talent — for example, plucking Taylor Heinicke as an undrafted free agent out of Old Dominion back in his Vikings days — is a positive trait.

So, Turner might find himself elsewhere in 2023, possibly landing a head coaching gig.

In addition, according to Mark Schlereth, the Packers are ready to move on from Rodgers and start Jordan Love next season. Of course, this is all speculation at this point. However, could all of this open the door for a possible Aaron Rodgers and Nathaniel Hackett reunion next season?