It’s only the first couple days of training camp but the Packers may have found a star receiver in the draft. 4th round pick Romeo Doubs was one of many WRs looking to make an impact and earn a roster spot. With injuries to some other WRs, Doubs has had the opportunity and boy has he taken advantage of it. Romeo Doubs is emerging as a top WR option in training camp. 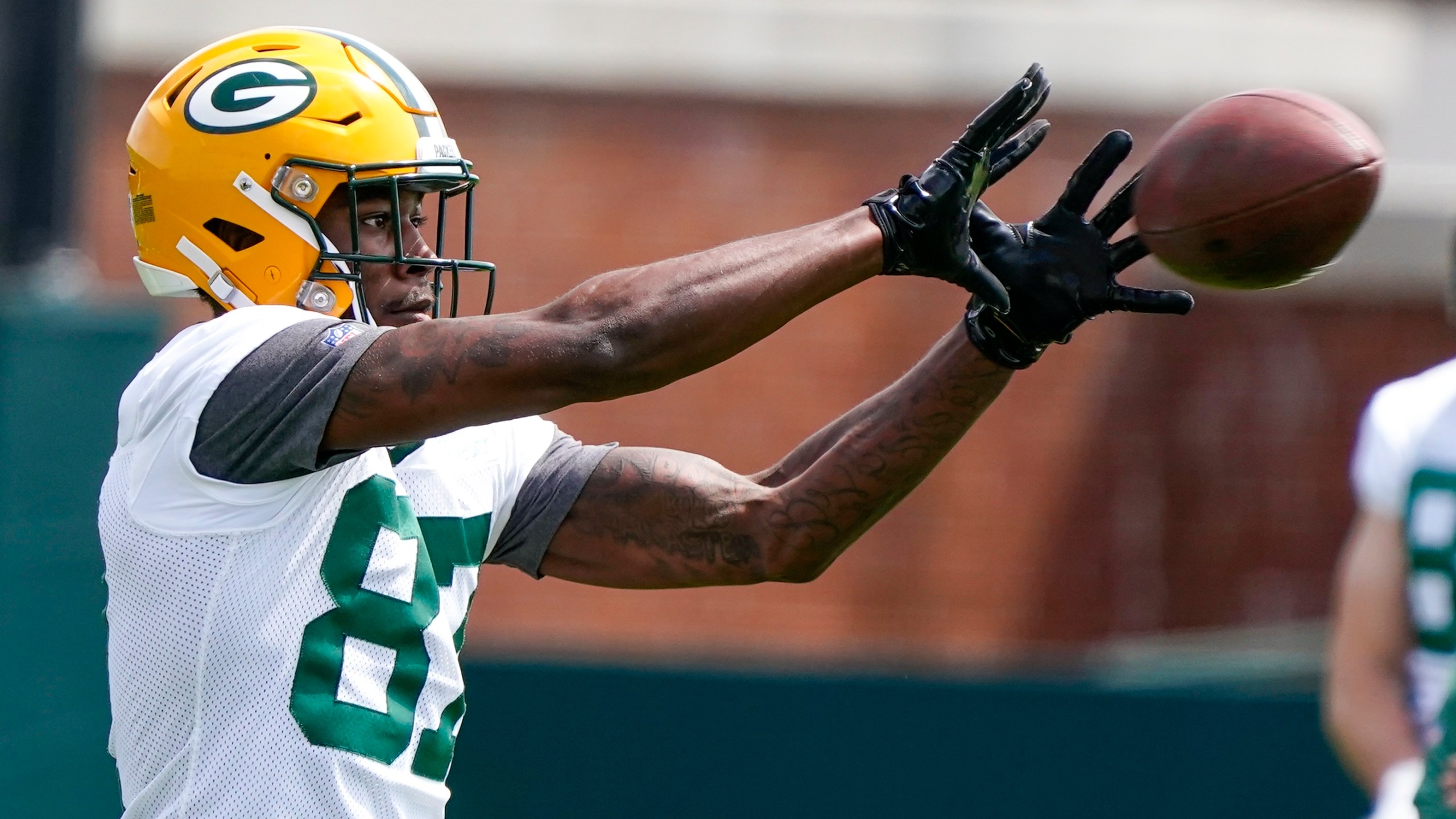 Rookies have never had good luck with QB Aaron Rodgers. No rookie WR has ever gone over 600 yards in their first year. The only rookie to go over 500 yards was Marques Valdes-Scatling in 2018. This might be the year that changes and Doubs is just the rookie to do it. Doubs is a more polished prospect as he came out of a more pass heavy offense in Nevada meaning he had more opportunities to make big plays in the passing game. He has great hands and is a threat deep. With the departure of sure handed Davante Adams and speedster Valdes-Scatling, Doubs could come in and fill that need.

Romeo Doubs just made a great hands catch in red zone, extending over Stokes for the TD. Rodgers put it only where 87 could get it

Doubs has caught a touchdown in each of the first two days of training camp. It is the one from Thursday that I want to focus on. It was a red zone drill with Doubs being covered by standout rookie Eric Stokes. Rodgers threw it back shoulder putting it where only his receiver could get it. With his great hands, Doubs snatched it out of the air before Stokes could make a play on it. The back shoulder throw has been a staple in Rodgers’ arsenal for years but it requires trust with players. To see Doubs already establishing that connection with Rodgers is something that should concern defenses of other teams. Doubs has made other spectacular plays that have wowed the crowd. He looks on track to be a big part of the Packers offense this season.

Can This Translate to the Field? 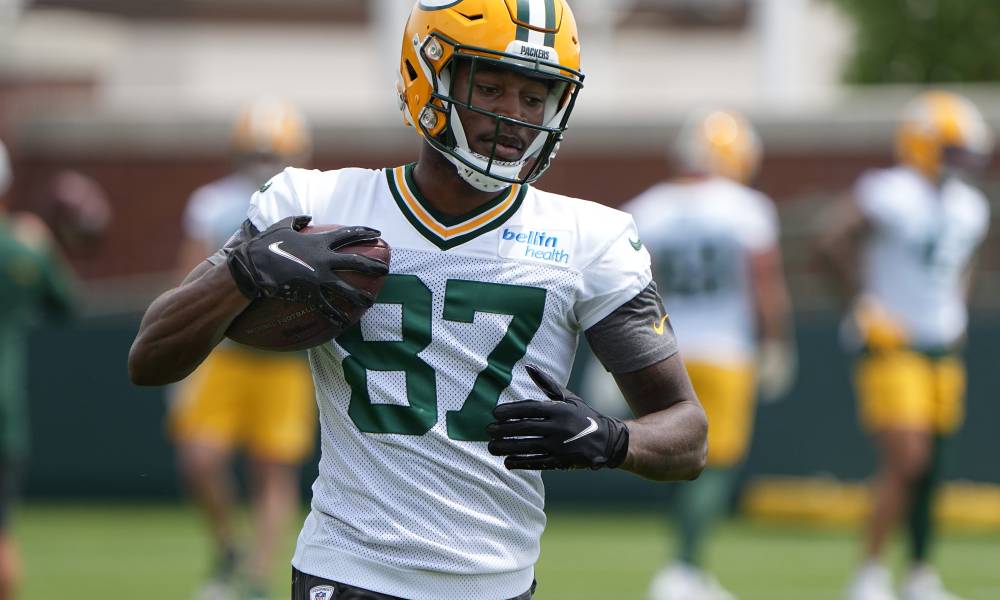 Making spectacular plays in training camp is great but ultimately means nothing. Will Romeo Doubs be able to translate this to an actual game? Only time will tell. Preseason is coming and we will get to see all of the rookies getting reps in a game setting. I’m all in on Romeo Doubs. I believe he will be WR2 behind Lazard by the end of the season. His size and speed will translate to the pros well and it seems he already has some rapport with Rodgers. While it is early, Romeo Doubs is emerging as a steal of a draft pick in training camp.