The run on Georgia Bulldogs just doesn’t seem to ever stop for the Green Bay Packers.  Today the Packers claimed TE Eli Wolf off waivers Per Field Yates.  Their corresponding move was to cut WR Chris Blair.

Wolf started  his college career at the University of Tennessee. After graduating, Wolf elected to spend his final year of college eligibility in Athens. Wolf produced more in his one year as a Bulldog than in three years at Tennessee, catching 13 passes for 194 yards and 1 TD. Bulldog fans will most likely remember Wolf for his game-clinching reception from Jake Fromm to beat the Gators in Jacksonville.

While Wolf wasn’t invited to the NFL combine, he still managed to put up eye-opening numbers from his personal pro day, posting a 40-time of 4.43 seconds. With that kind of speed at 6’4 236 pounds, Wolf will continue to give himself chances in the NFL. 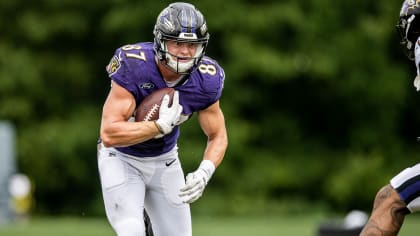 Wolf was waived by the Colts on Tuesday. Wolf signed with the Ravens in 2020 and spent time on practice squads in Baltimore and Indianapolis without appearing in any regular season games.

Eli Wolf joins the likes of Robert Tonyan, Marcedes Lewis, Josiah Deguara, and Tyler Davis.  The Packers seem to have no *current* long term plan at the position.  While Tonyan broke franchise records in 2020, his 2021 season was off to a dismal start before tearing his ACL.  Lewis is on a year to year basis; and Deguara and Davis are still mostly unknowns.  Although the Packers GM had some particular praise for Tyler Davis, we have yet to see that on the field.

While waiver claims don’t often make the roster, it will be fun to see Wolf’s speed and size in the tight end room.  He will certainly have a lot to learn from Aaron Rodgers.

Two straight impressive PBUs for Darnell Savage Jr. during team with Jordan Love throwing. First one guarding Dafney, second one Deguara. Love responds with a great touch pass over the middle to Eli Wolf for a big gain.