Even before the 2020 season ended, many wondered which of the Packers’ free agents would be back with the team.  Kenny Clark and David Bakhtiari signed extensions during the season.  Aaron Jones turned down a new contract, pointing to his desire to test the open market.  While many remaining free agents’ futures remain clouded, at least one has made known his desire to return to Green Bay: Marcedes Lewis.

Marcedes Lewis recently noted that he has no plans to retire and wants to remain a Packer, today I take a look at why that's a good thing for Green Bay, and also take a deep dive into Isaac Nauta (because that's what I do). Enjoy!https://t.co/Oc6VcaxArC 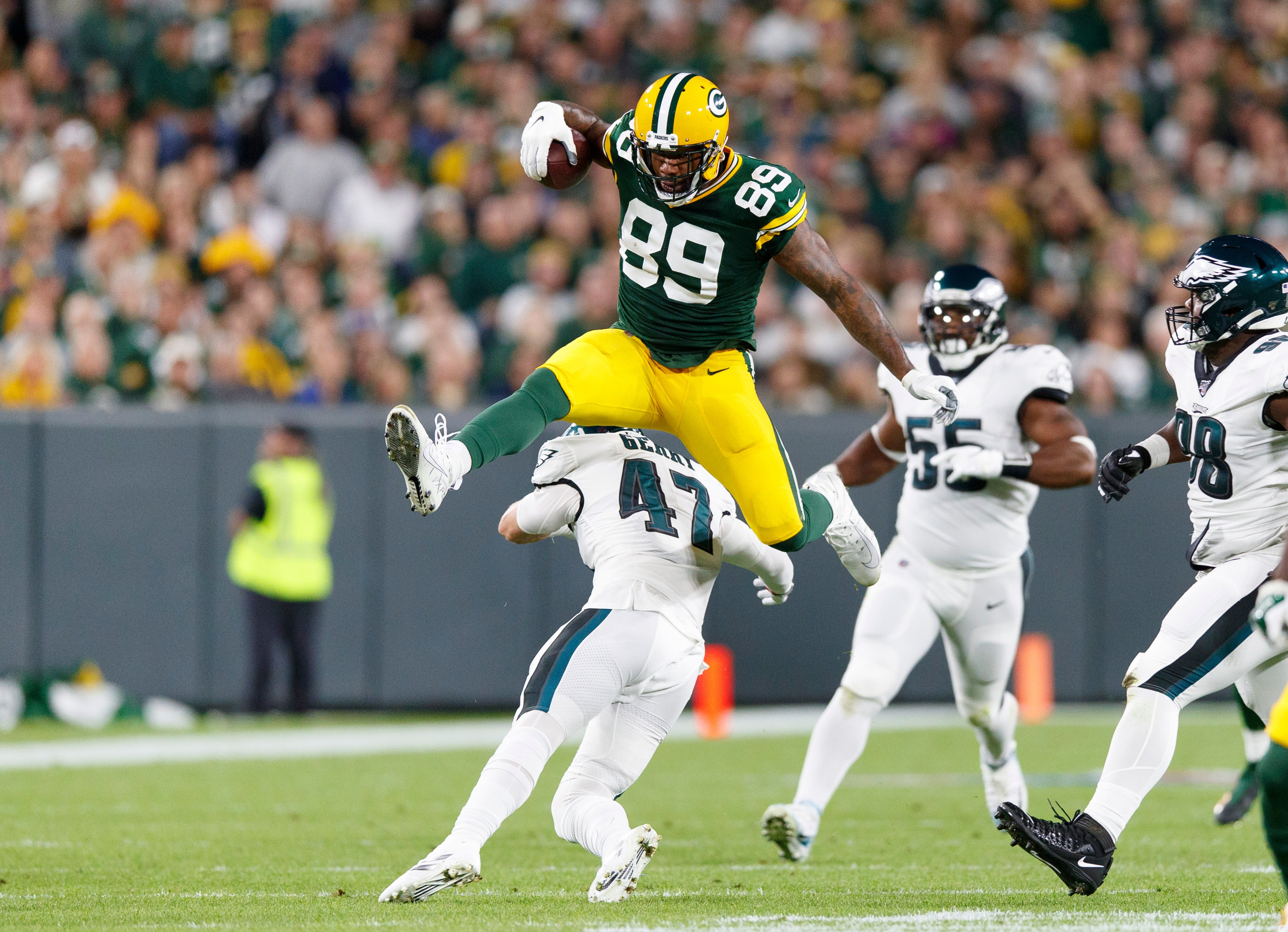 Marcedes Lewis has been in the NFL since 2006.  He spent the first 12 years of his career with the Jacksonville Jaguars, making one Pro Bowl.  Ever since signing with the Packers, he has transitioned to a more blocking role.

With the Packers, Lewis is considered to be a bonus lineman.  Oftentimes, Lewis finds himself blocking an opponent’s defensive lineman one-on-one.  More often than not, he wins that matchup.

Additionally, much has been made of the fact that Lewis has been the only first-round pick to whom Rodgers has thrown a touchdown pass.  While receiving is certainly not his main role on the team, he did have three touchdown passes in 2020, more than in his first two years with the Packers combined.

Can the Packers Afford Lewis?

In short, the answer is yes.  While the Packers do have some work to do to get under the cap, there is no question they will be able to do so.  Since Lewis does not have the sexy receiving numbers that would garner a large dollar amount, he is a very affordable option to bring back.

The Packers have an embarrassment of riches at the tight end position.  Robert Tonyan tied the team record for touchdown receptions in a season (11) this past year.  Additionally, the Packers have Dominique Dafney, who became a familiar target late in the season.

In addition to Lewis, Dafney, and Tonyan, the Packers have Jace Sternberger and Josiah Deguara.  Both players missed significant parts of the season with injuries.  Deguara tore his ACL in Week Two, and Sternberger suffered a concussion late in the year.

Regardless of the large amount of tight ends, none of the others are as valuable as Lewis when it comes to blocking.  He is by far the best of all of them in this regard.  Additionally, the injuries to Deguara and Sternberger show that it is vital for teams to have depth at their most valuable positions.  In the offense the Packers run, tight end is a very valuable position.  It only makes sense to bring Lewis back.