The New York Giants are reportedly looking into the possibility of trading multiple wide receivers.  The first that was reported was Kadarius Toney.  Within the last week there have been reports of Darius Slayton also being on the trading block. 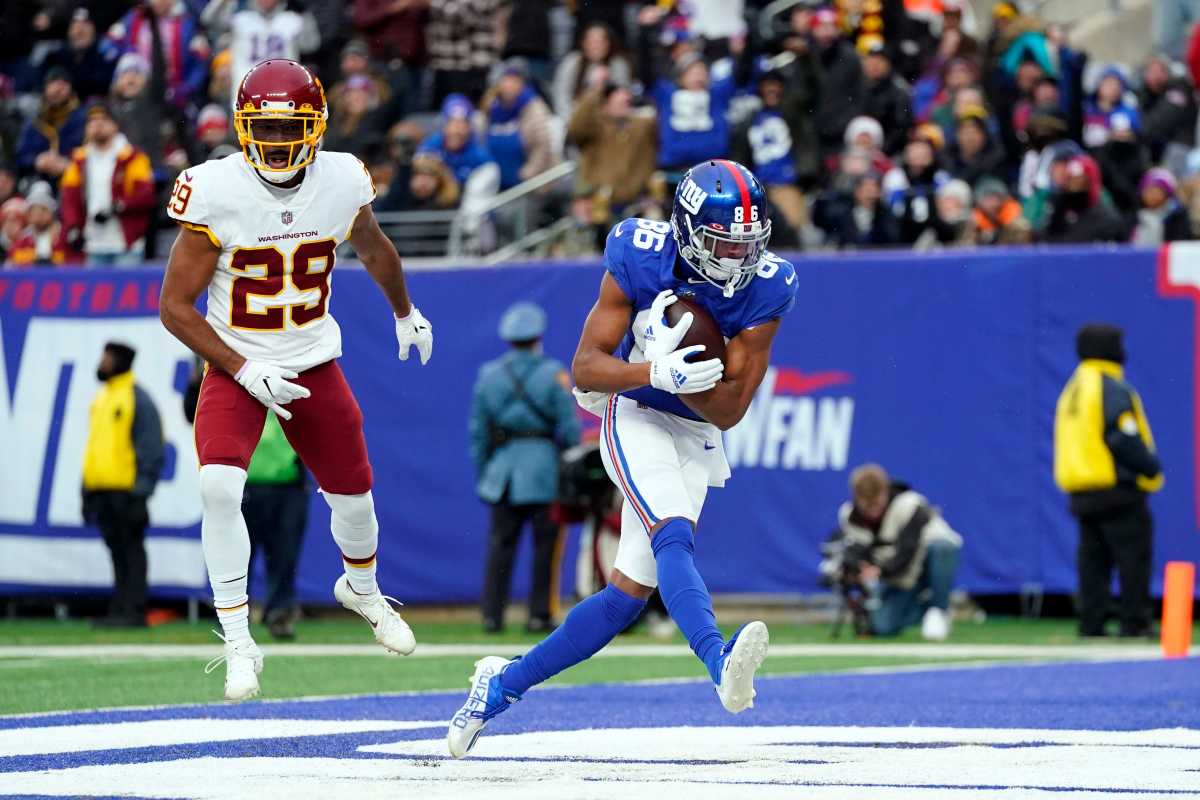 Darius Slayton is a 25-year-old former 5th-round draft pick wide receiver from the 2019 season. He played college football at Auburn and jumped on the scene his rookie year when he had 740 yards and eight touchdowns.

Slayton ran a 4.39 40-yard dash and has a RAS of 8.91. Not only is he fast but he had an average depth of target at 13.4 yards. He is a pure outside target with 82.5 percent of his snaps coming from the outside. He also had back to back 700-yard season before a rough year in 2021.   This type of outside threat would compliment WR Christian Watson and WR Allen Lazard on the outside.  It would also allow for versatility in playing any one those guys out of the slot.

Given that Slayton was not dealt during the 2022 NFL Draft, it is likely the Giants weren’t offered a deal they loved.  However the Giants are looking to trade WRs mostly because of their tight cap situation.  Additionally, the Giants don’t want to cut him as they would be on the hook for dead money.  Trading him would free up their cap space of his contract.  Darius Slayton himself has acknowledged the possibility of being cut:

Well if i do Andrew I’ll sleep good at night knowing it’s not you replacing me https://t.co/M4ywjwnQr3

At this point it shouldn’t take much more than a mid to late round draft pick in 2023 to get Slayton.  4th, 5th, or even multiple 6th round picks.