This Valentine’s day, Badger fans didn’t want a heart shaped box with chocolates. What they really wanted was a win against the Wolverines. But fans were stood up and heartbroken as Wisconsin’s chances began slipping away. After an ugly win against Nebraska, the Wisconsin Badgers fell to the third ranked Michigan Wolverines. After a fantastic first half, the Badgers fumbled away their lead in the second. The Wolverines came out with an eight point lead. Here are some key takeaways from the game! 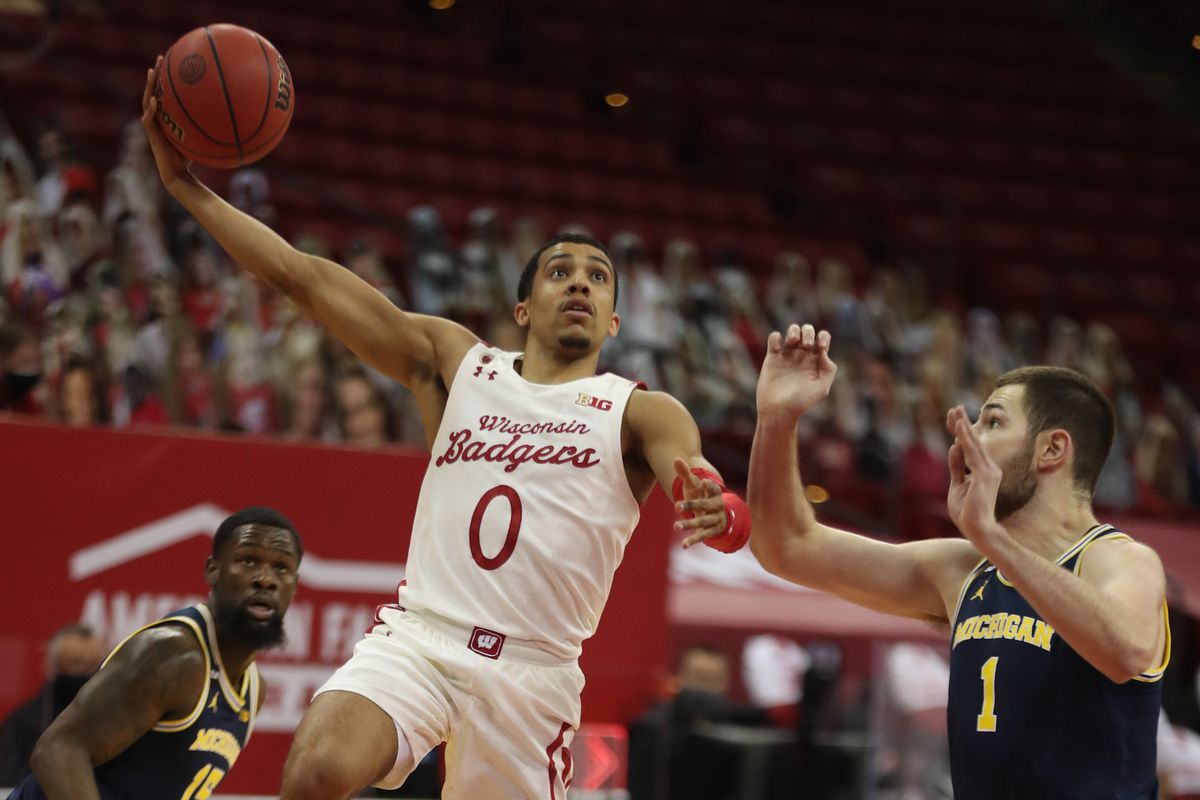 After battling back and forth for the majority of the first half, the teams were tied at 20. Then, Wisconsin began to pull ahead. The Badgers were hanging in the game until a Jonathan Davis jumper pulled them ahead. After that, Wisconsin went on a 19-7 run to end the half. This put the Badgers up by 12 at the break. Wisconsin’s lead was due to the team shooting 53.8% from the field and five of seven from the three point line. It seemed like their offensive woes were behind them. Over the last few weeks, it seemed like the Badgers’ defense has been playing phenomenally. But the offense has struggled during long stretches. And if the offense could get it together, this team could be dangerous. The amount of open three’s that weren’t falling were also concerning. But when they start to fall, then this team will be a force. And this is the first time in awhile that there was a taste of it.

Michigan began battling back at the start of this half. After trading baskets, the Wolverines went on a 13-3 run to cut the Badgers’ lead to two. But this wasn’t the end of Wisconsin’s offensive woes. After the teams continued to trade buckets, the Badgers held onto their lead. Until, when there was about five minutes left, a couple of Hunter Dickinson free throws gave Michigan the tie and then the lead. After the game was knotted up at 53, the Badgers actually managed to take back the lead. Wisconsin even increased their lead to as large as three with four minutes remaining. But after that, it wasn’t pretty. The Badgers only score two points in the final four minutes. And comparing that to Michigan’s 13 points to finish the game, creates another disappointing loss in the Badger’s column.

Once again, the defense played relatively well throughout the game. And once again, the Badgers went on multiple scoring droughts. In the second half, Michigan went on a 13-3 run. Then a 10-2 run. Then finished the game with a 13-2 run. Wisconsin only scored 20 points in the second half, compared to Michigan’s 40. Michigan also scored the final eight points of the game. Wisconsin ended up scoring only six points in the final 7:45, with only two of those points not being from free throws. And just to pile on how bad the offense was, Wisconsin shot 7 or 28 from the field, 25%, and missed their last 11 three-point attempts. And it’s really hard to win a game, against a good team, when your offense goes in the tank like this.

The next game for Wisconsin will be another brutal opponent. They play the 15th ranked Iowa at home on Thursday. This is another good team, so if the Badgers want to pull this one out, the offense needs to improve.