Rapoport: Packers “Should Be In the Mix” for Deebo Samuel The NFL offseason has been flush with star players changing teams. Whether it be a trade or free agency, there has been no shortage of drama surrounding certain NFL stars. One of the latest names to appear in trade rumors is that of Deebo Samuel, the All Pro wide receiver of the San Francisco 49ers. While there are several teams who may desire to trade for the disgruntled wide receiver, the Packers are a team that keeps being brought up. Of course, the Packers lost their own All Pro wide receiver in Davante Adams when he was traded to the Las Vegas Raiders. Today on The Pat McAfee Show, NFL insider Ian Rapoport addressed the Packers and Deebo Samuel rumors.

When the topic of Deebo Samuel and the Green Bay Packers was brought up, Rapoport’s answer was:

"I don't know if the Packers are gonna do it but they should be in the mix for Deebo Samuel" ~@RapSheet#PMSLive pic.twitter.com/SCgZzeWSMK

Should the Packers Trade for Deebo Samuel? 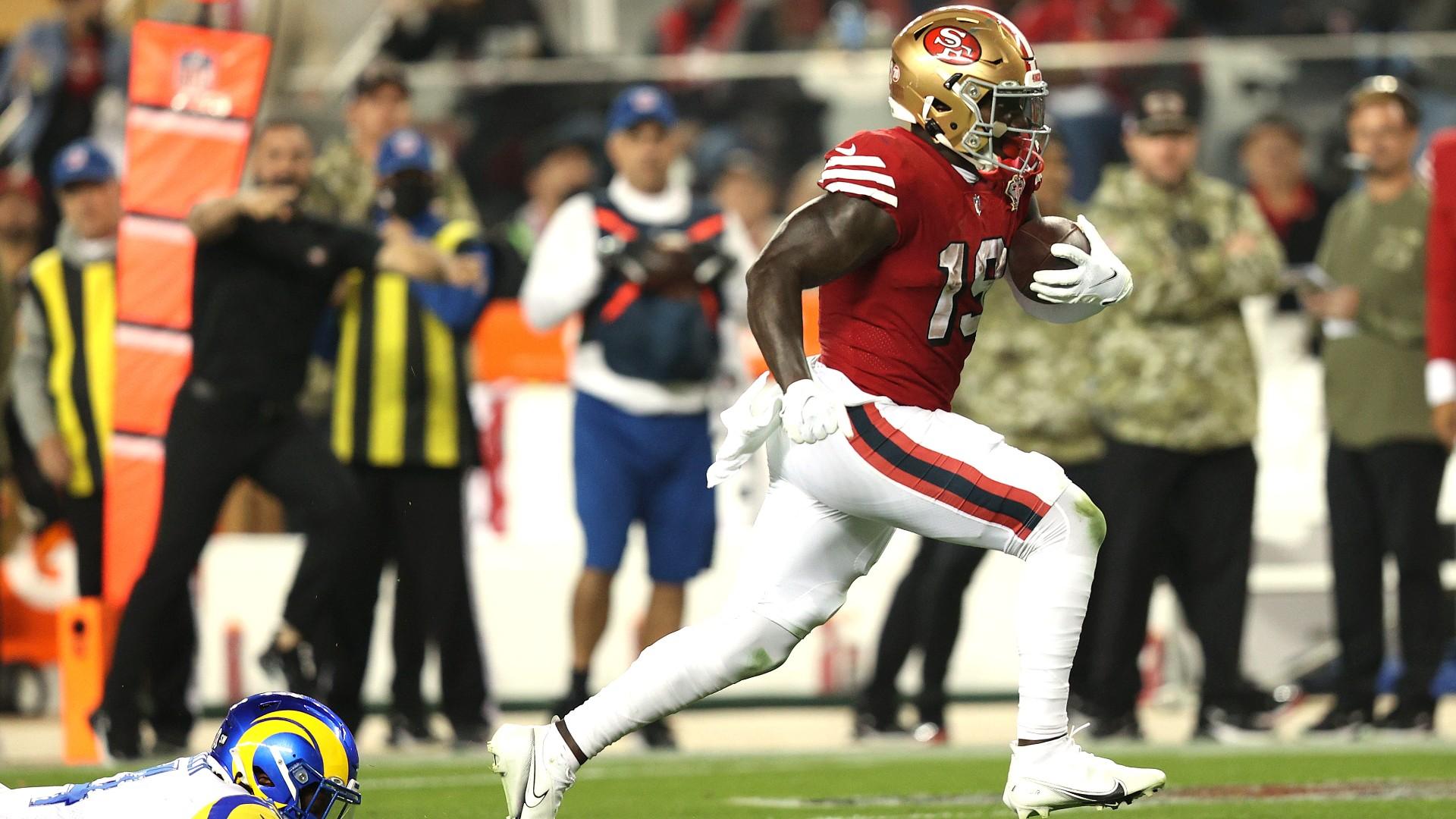 The Green Bay Packers, as mentioned, lost their own All-Pro wide receiver in Davante Adams via trade. In addition, they also lost Marquez Valdes-Scantling and Equanimeous St. Brown to free agency. MVS signed with the Kansas City Chiefs and EQ signed with the Chicago Bears. The only addition they have made to the wide receiving room is Sammy Watkins, who one NFL scout says is going to put up big numbers in the Packers offense.

With all the draft capital that the Green Bay Packers have, the could potentially trade for Deebo Samuel. However, as the 49ers are a conference rival, the Packers may be required to over-pay for him. As Samuel is an All-Pro just like Adams, it is possible he would have the same trade value (a first and second round pick).