The Packers and Cardinals have both had off-seasons to remember in 2022.  Both teams still expect to compete for a top playoff spot in their own right.  Consequently, This Packers trade would give the Cardinals and immediate contributor, while Green Bay would get a weapon for a playoff push. Going into the 2022 season the Green Bay Packers still are’t too sure who their number one wide receiver will be.  Receivers Allen Lazard, Christian Watson, Randall Cobb, Amari Rodgers, and Romeo Doubs figure to be the top five. 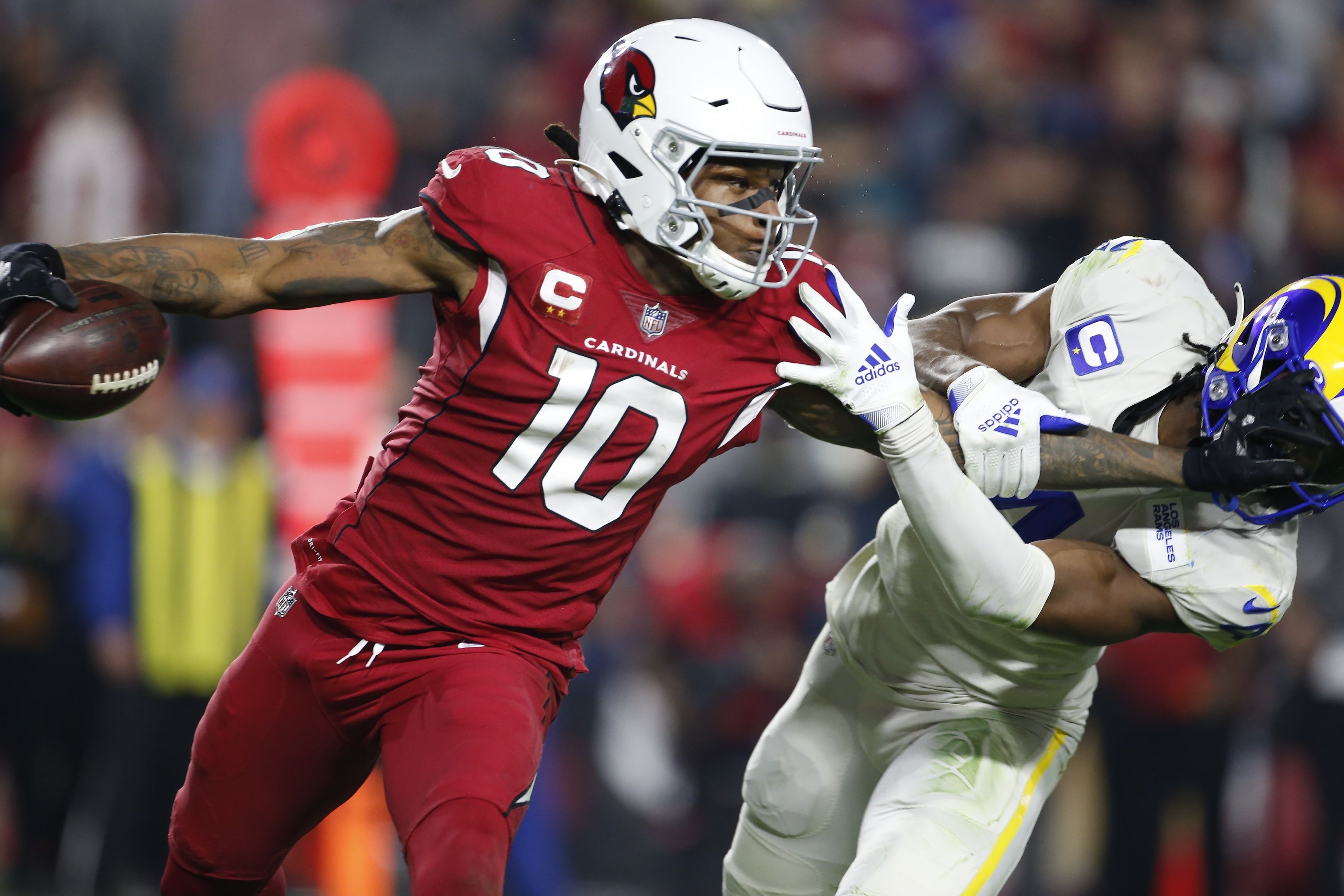 Over the first eight years of his NFL career DeAndre Hopkins started 126 of 128 games. Last season, however, he missed seven regular season games and the Cardinals’ lone playoff game due to hamstring and knee injuries.  Due to a six-game PED suspension, he’ll continue to be on the sideline for nearly half of the 2022-23 season.

When Hopkins returns from his suspension, he’ll have been out for 14 of the Cardinals’ previous 16 games. He turns 30 this month (June). His contract spikes in 2023 (he’s owed a non-guaranteed $19.45 million salary that year, his age-31 season) and is slated to carry a cap number of $27.2 million. And after that, presumably, Kyler Murray will be off his rookie contract.  It wouldn’t be surprising to see GM Steve Keim to see what he could get for Hopkins on the open market.

When healthy, DeAndre Hopkins is still one of the best wide receivers in the NFL.  However, that being said, he is not going to command the type of haul that Davante Adams or Tyreek Hill did given his situation.  This trade would give the Cardinals an immediate weapon in Sammy Watkins (who is entering the season fully healthy).   While at the same time it is giving Green Bay a serious weapon who figures to be healthy for a playoff push.