The Wisconsin Badgers take on the Wake Forest Demon Deacons in the Duke’s Mayo Bowl Wednesday morning in Charlotte, NC. Kickoff is scheduled for 11 AM CST on ESPN. The Badgers enter at 3-3 while Wake Forest is 4-4. Wisconsin is 9.5 point favorites so far. Below are the keys to a Badger victory in the season finale!

Wisconsin will need to do what they do best. Running the ball is the identity of this program. It sounds like Wisconisn will have freshman running back Jalen Berger back for this game. Getting Berger and Garrett Groshek involved early will be key. The Demon Deacons allow 191 yards in rushing defense per game. I expect a heavy dose of Berger and Groshek.

Garrett Groshek is coming off a career day for the Badgers. Groshek ran for 154 yards against Minnesota last time out in a victory for Paul Bunyan’s Ax. It is unclear if Groshek will return next year due to the COVID 19 eligibility rules. If not, it would be great to see him leave with a bang. 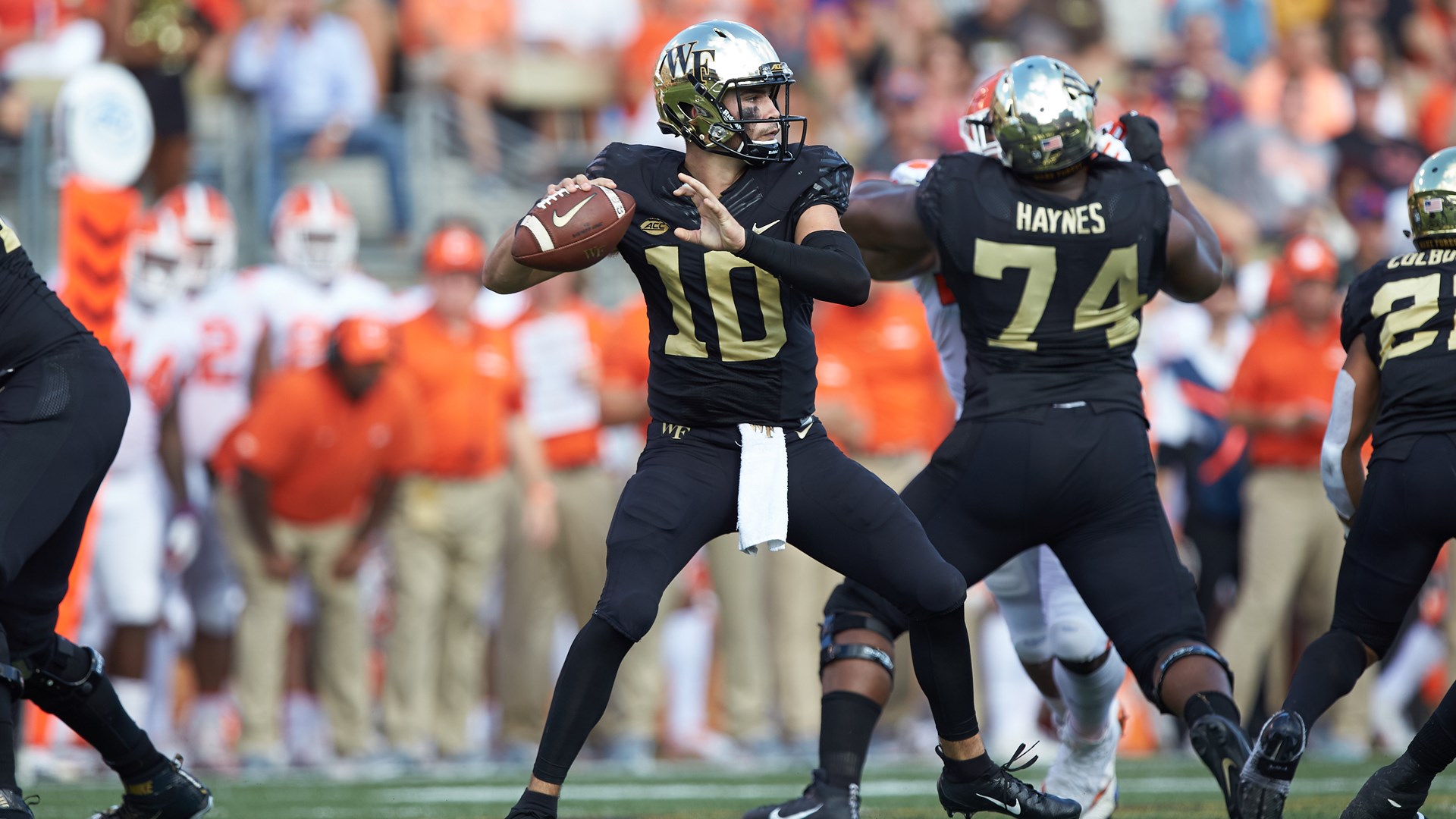 Sam Hartman is a sophomore quarterback for the Demon Deacons. He has thrown for 1,906 yards, 10 touchdowns, and only one interception. Hartman went 258 consecutive passes without throwing an interception before he threw his only one on the season. Hartman’s favorite targets are junior wide receiver Jaquarii Roberson (54 catches for 795 touchdowns and 5 touchdowns) and freshman wide receiver Donavon Greene (23 catches for 460 yards and 2 touchdowns).

Hartman is prone to sacks as well. He has been sacked 24 times in eight games, an average of three per game. Since he rarely makes mistakes with his arm, it’s going to be key for the front seven of the Badgers defense to get pressure early and often. Pressure on a quarterback can lead to mistakes and turnovers.

Stick To The Script

What does Wisconsin do best on offense? They run the ball and control the time of possession. This will need to be key in this game. the Wake Forest defense is one of the best in the country in forcing turnovers. With freshman Graham Mertz struggling recently, the Demon Deacons will probably come with stunts and pressure to make Mertz uncomfortable.

I want to see Mertz stick to his reads and not be afraid to get the ball out of his hands early. We saw in the Minnesota game when he completed simple passes, it eventually led to some longer pass plays and completions in the second half. The Badgers have a plethora of running backs they are not afraid to use. This should take the burden and pressure off of Graham Mertz

This is not the Badger season we expected. We expected this team to be at least in a new year’s six game. A lot of young players have played a lot of snaps this year. I expect Wisconsin to play this game with heart and energy.

If Wisconsin can’t get pressure on Sam Hartman, it could be a long day for the defense. Getting stops and getting off the field is critical. Wisconsin isn’t necessarily built to play from behind as well.

However, this is one of the best defenses in college football. Wake Forest hasn’t seen a defense like Wisconsin yet this year. I do think the front seven will get some pressure on Hartman and force a few turnovers to relive pressure on the offense. Wisconsin wins this game and goes into 2021 on a positive note!