As covered previously on this site, the Green Bay Packers have a running back problem in 2021.  Both Aaron Jones and Jamaal Williams are free agents.  Even though the Packers offered Jones a big contract, he turned it down and will likely be playing elsewhere next season.  Williams, on the other hand, seems more willing to stay in Green Bay.  However, there is no guarantee.  In any case, the Packers will be wise and take a look at the various running backs available.  Of these, Phillip Lindsay could be a very intriguing target. 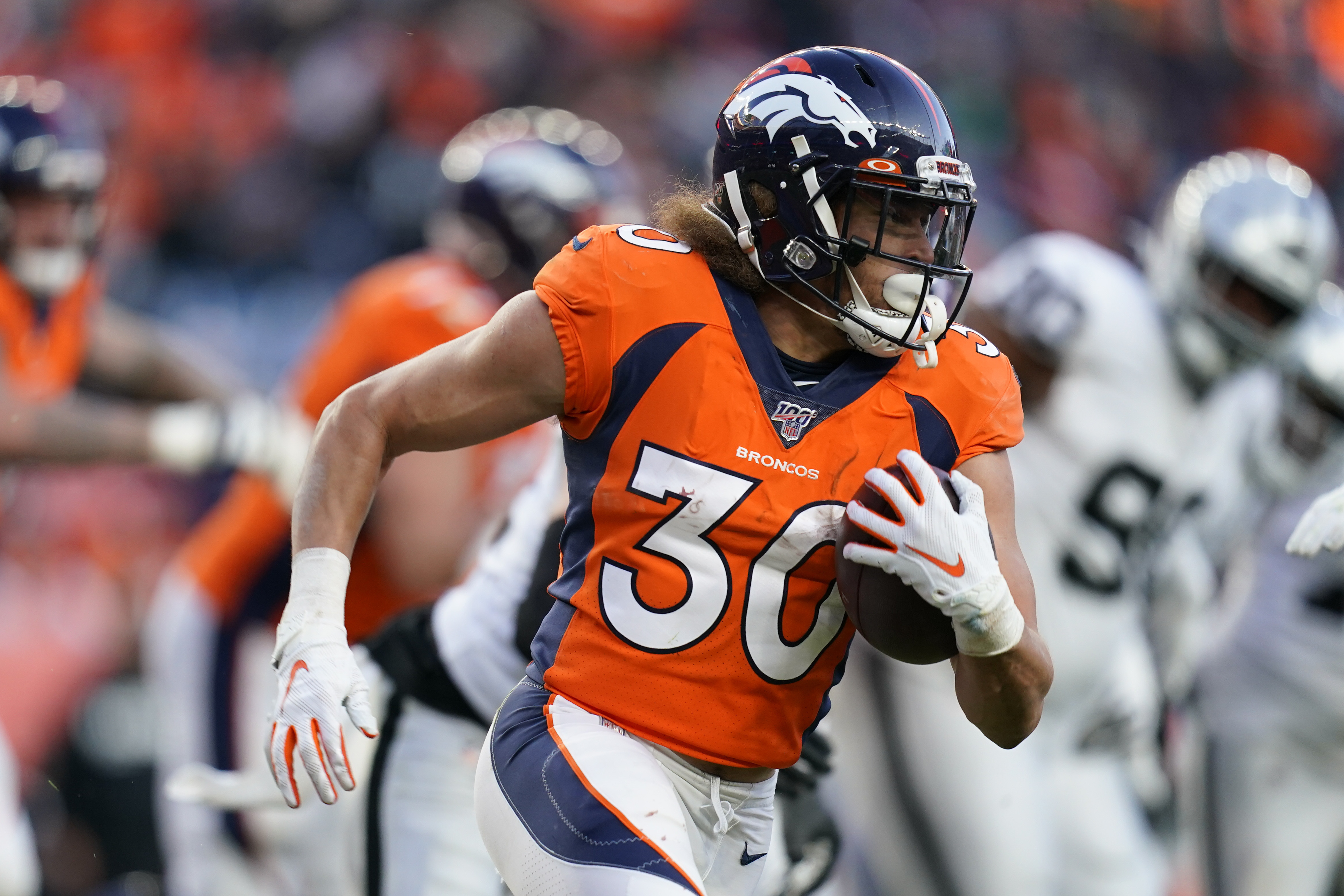 Phillip Lindsay went undrafted in the 2018 draft, but was signed by the Denver Broncos ahead of training camp.  It turned out to be one of the best undrafted free agent signings that year.  In his rookie season, Lindsay rushed for 1,037 yards and nine touchdowns, averaging 5.4 yards per carry.  His production led to a Pro Bowl nod, quite the honor for an undrafted rookie.

2019 saw Lindsay enjoy another productive season.  As the team’s main running back option, he rushed for 1,011 yards and seven scores with a 4.4 yards per carry average.  In 2020, though, Lindsay saw his role change.

The Denver Broncos signed Melvin Gordon to a two-year contract ahead of the 2020 season.  For Lindsay, who had two 1,000 yard seasons in a row, it meant being relegated to a second-string back.  Lindsay only had 502 yards and a single touchdown in 2020.  So unhappy was he with how he was used that even though he is a restricted free agent, it is likely he will be playing elsewhere in 2021.

How Phillip Lindsay Would Fit with the Packers

Of course, the Packers have their own young running back in AJ Dillon, and they are very high on him.  However, Dillon’s running style is greatly different than Lindsay’s.  If the Packers were to acquire Lindsay, the Packers would likely use the two backs very similarly to how they used Jones and Williams.  In other words, both backs would have prominent roles in the offense, which would appease Lindsay.

Financially, Lindsay could fit into the Packers plans after a down year in 2020.  Despite his very productive first two seasons, his asking price took a hit this past season.  Even if Jamaal Williams returns, Phillip Lindsay would be an excellent addition to the Packers’ backfield.