The Green Bay Packers, like many teams, have a lot of questions entering the 2021 season.  One of those is at running back.  Both Aaron Jones and Jamaal Williams are free agents, and Jones has already turned down a contract extension.  Of course, he could be brought back using the franchise tag, but the Packers have rarely used that designation.  In any case, it is very likely they will need to sign and/or draft a new running back to share carries with AJ Dillon.  Due to recent reports, James White is very interested in filling that role. 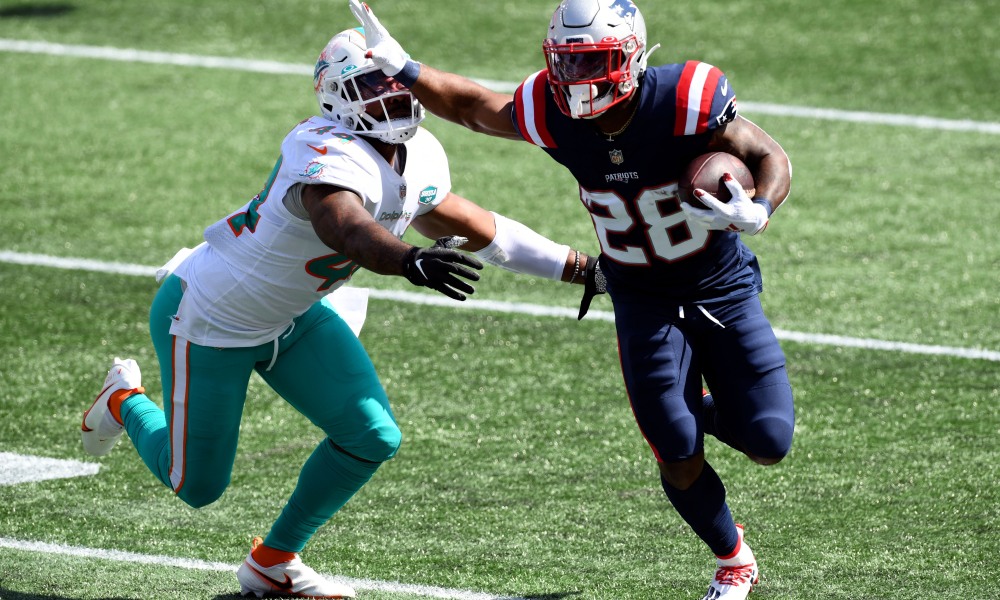 James White, the former Wisconsin standout, was drafted by the New England Patriots in 2014.  With the Pats, White was primarily a backup running back, but was a often-used weapon in the passing game.

His best season was in 2018, when he had 87 receptions for 751 yards and seven touchdowns.  White added 94 rushes for 425 yards and another five scores, good for 4.5 yards per carry average.

In his career, White has won three Super Bowls and perhaps should have won the game MVP against the Falcons.  Tom Brady won the MVP and the truck that went to the winner.  However, Brady recognized how valuable White was in that game and gifted him a truck anyway.

How White Would Fit on the Packers James White would be the perfect fit for the Packers’ offense.  For one, he is not a starting running back, so he will not demand a hefty salary.  He is a very affordable option.

Secondly, signing White would open the door for AJ Dillon to become the Packers’ primary running back.  The Packers did not use Dillon much in 2020, but he impressed in the limited snaps that he got.  Most notably, he rushed for over 120 yards and two touchdowns in a primetime matchup against the Tennessee Titans late in the season.

White would likely be used in a similar role to that he had with the Patriots.  He is one of the best receiving running backs in the NFL, and has a career catch percentage of 74.2%.  The Packers could use him on screen passes, short passes, and put him in motion at the line of scrimmage to confuse opposing defenses.

In short, this would be the perfect signing.  The fact that he is a former Badger is just icing on the cake.