Despite the Packers’ salary cap situation, general manger Brian Gutekunst has been adamant that the Packers will be players in free agency this offseason.  For over a year, Packers’ fans have been vocal of their belief that the Packers need another wide receiver for Aaron Rodgers.  Even though the Packers’ offense was the best in the NFL this season, it did lack a reliable slot/motion receiver.  DeSean Jackson, just released by the Eagles, could be a good candidate for that role. 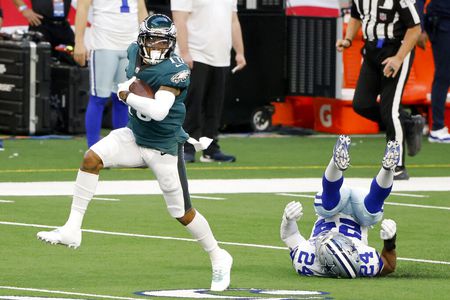 Without a doubt, Jackson’s best seasons were the first six years he spent with the Philadelphia Eagles.  The Eagles selected Jackson in the second round of the 2008 draft, and he made an immediate impact.  In his rookie season, he recorded 62 receptions for 912 yards and two scores.  Over the next five seasons, Jackson made three Pro Bowls and a Second Team All Pro.  He had over 1,000 receiving in three of those seasons.  However, he was hampered by injuries in two of those seasons.  Despite the injuries, he never had less than 700 receiving yards in any of his first six seasons. 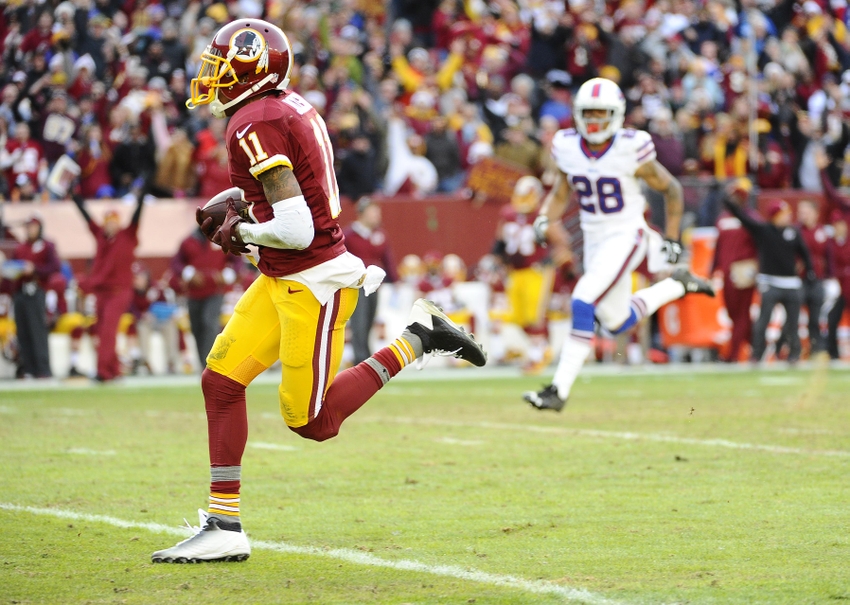 In 2014, DeSean Jackson signed a three-year contract with the Washington Football Team.  In those three seasons, Jackson went over 1,000 yards receiving twice.  In the year that he did not, he missed seven games due to injury.  However, his time in Washington was very productive.  Though he did not make any Pro Bowls, he led the NFL in yards per reception twice. After his contract was up in Washington, DeSean Jackson signed a three-year deal with the Tampa Bay Buccaneers.  He only spent two years in Tampa, playing in 26 out of a possible 32 games.  He did not record a 1,000 yard season, but did lead the NFL in yards per reception again in 2018.

After the 2018 season, the Buccaneers wanted to rework Jackson’s contract.  They wanted him to take less money, but he was not willing to do so.  In response, they traded him back to Philadelphia for two late round draft picks.

Jackson Back in Philadelphia

To be frank, DeSean Jackson has not seen the field much over the past two seasons.  Out of a possible 32 games, he has only appeared in eight.  A slew of injuries have kept him on the sidelines far too often.  This is likely the reason for his recent release.

Why DeSean Jackson Could Work in Green Bay

Of course, injuries are a concern with DeSean Jackson.  However, the Packers would not need Jackson to be a primary receiving threat.  His snaps would be limited as he would be playing behind Davante Adams, Allen Lazard, and Marques Valdez-Scantling.  The injury history will make his asking price very affordable for the team, making him a very realistic signing.

On the field, Jackson could provide the Packers with a motion receiver who does not need the ball to make an impact.  Last season, the Packers were at their best when Tyler Ervin was in motion along the line of scrimmage, keeping defenses off balance.  This is a role that Jackson could easily fill.  Additionally, Jackson is an experience kick returner, a role the Packers have struggled to fill in the past.

The Packers may look at other options first, but if they cannot get one of their other free agent targets, Jackson is a solid backup target to fill this role on the team.  An incentive-based contract could be likely, making him a low-risk, high-reward signing.