The Green Bay Packers took three wide receivers in the 2022 NFL Draft setting up the future of that position.  WR Christian Watson most notably taken in the second round after Green Bay traded up for him.  They also took Romeo Doubs out of Nevada in the fourth, and WR Samouri Toure out of Nebraska in the seventh round.  Even with those draftees and the signing of Sammy Watkins, Green Bay could still benefit from a signing another veteran free agent wide receiver.  Here are the top ten that remain: 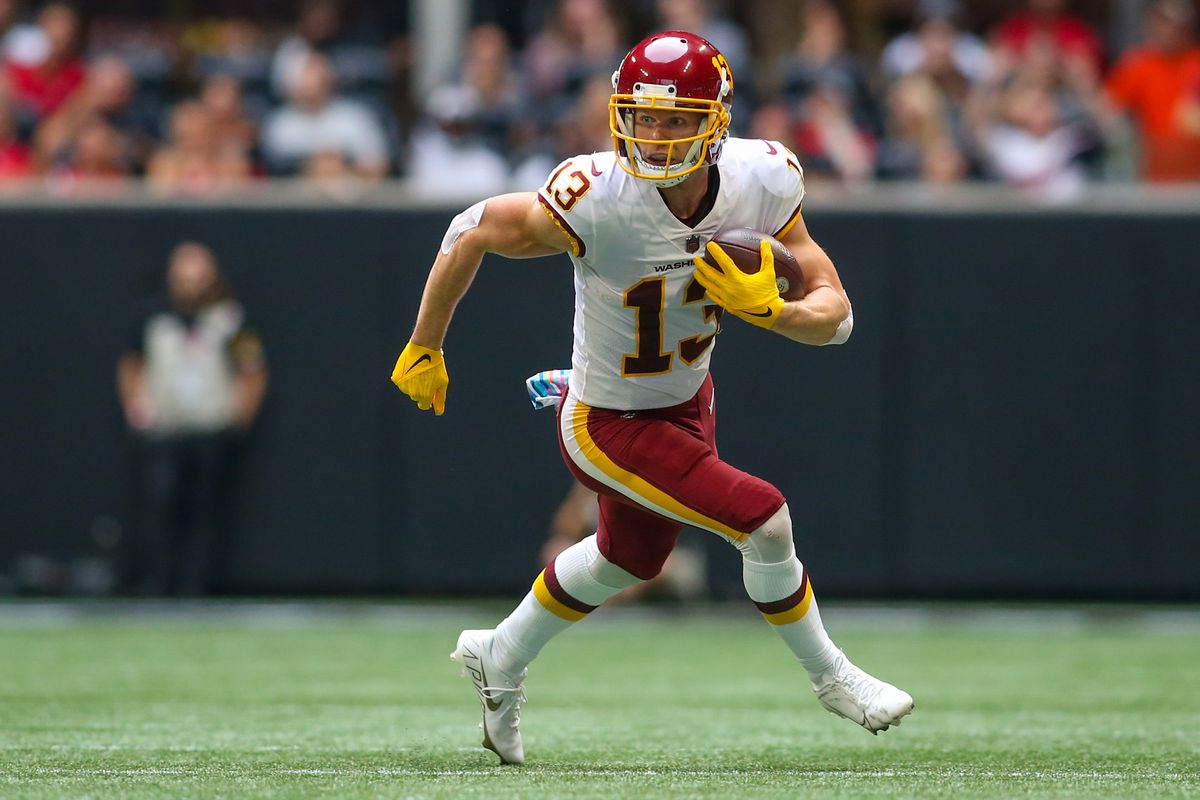 Washington’s primary slot option last season was Adam Humphries who, at times, showed spurts of production and gave the Commander crucial yards on several third downs.  He would likely be a tertiary option on the Packers roster for slot WR, but could provide valuable depth.

After opting out of the 2020 season due to COVID, he had statistically the worst season of his seven-year career.  At 29 years old, Wilson has found a role as a third or fourth wide receiver in the offenses he’s played a part in due to his shiftiness and athleticism. That’s essentially his ceiling. 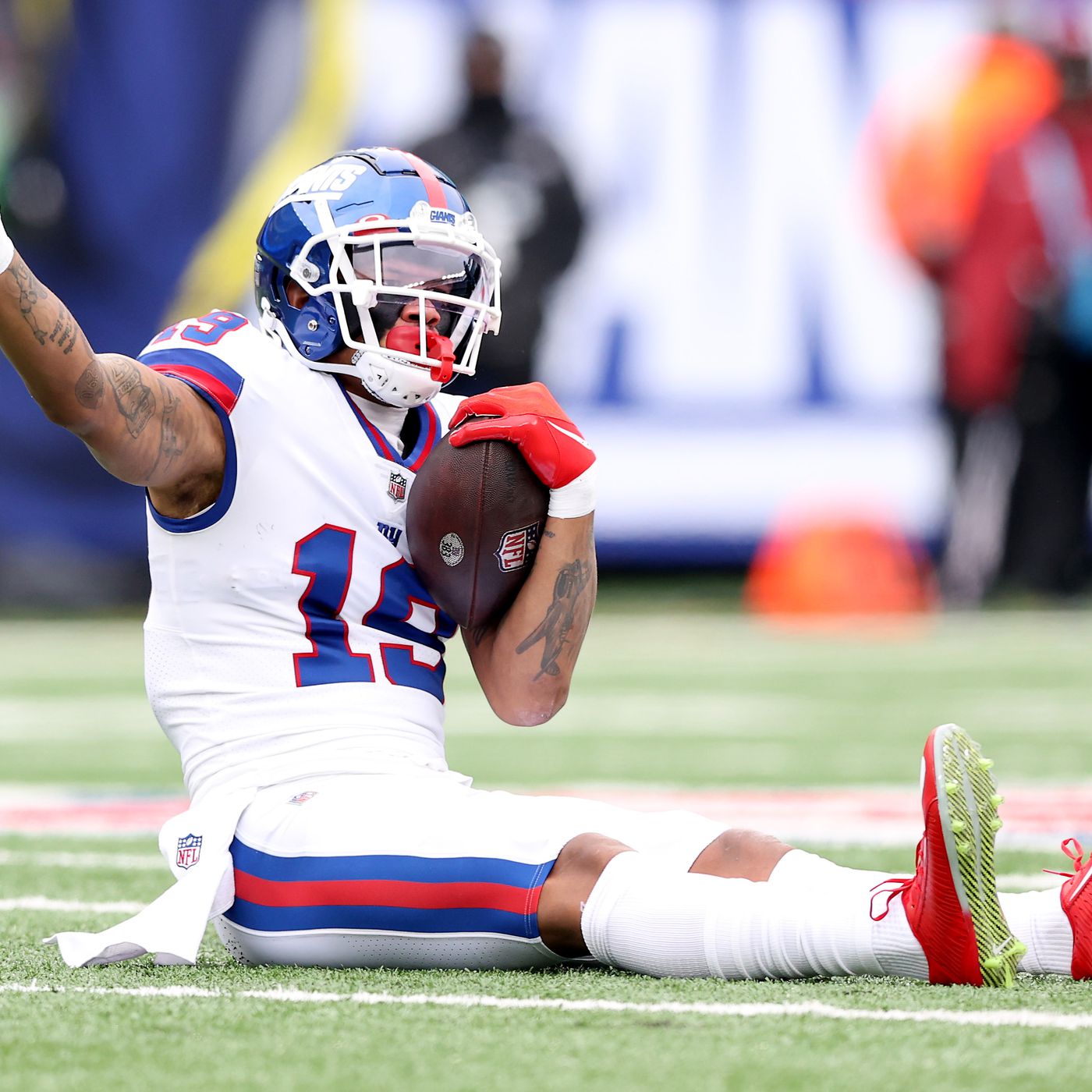 Ross, 5’11”, 190 pounds, was originally drafted by the Cincinnati Bengals, who fell in love with the former Washington receiver’s speed after running a 4.22 40-yard dash in the combine.  While his career has not panned out the way he wanted, Ross has a few traits that make him attractive for NFL offenses.  For one, he has shown himself to be proficient in the red zone, showing that he can work through traffic, find voids in zone, and make high leverage catches with his hands.  Injury issues have also plagued his career so that would be something to consider. 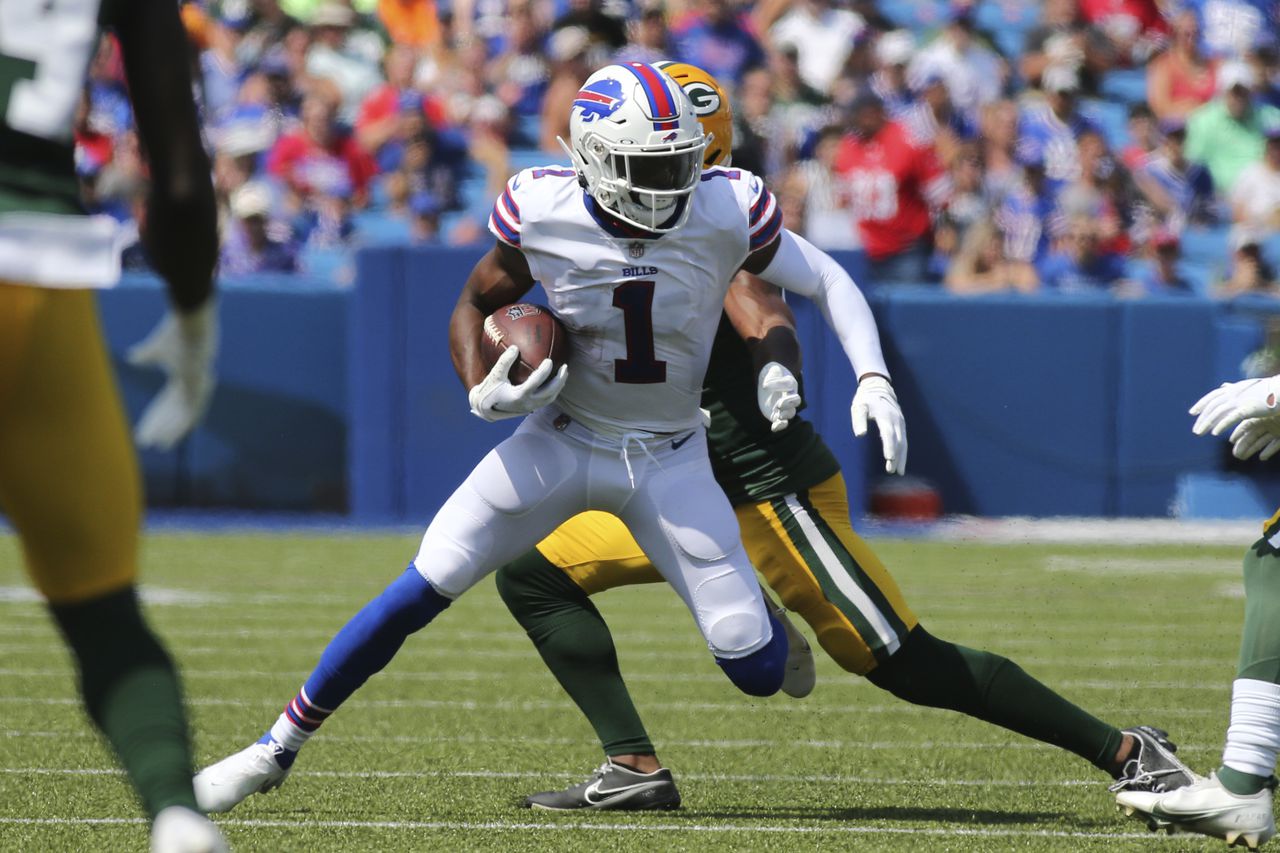 This past season, Emmanuel Sanders began the year as the starter opposite Stefon Diggs. In the first six games, Sanders would average 68 receiving yards per game and had four receiving touchdowns.  However, as the season went on Sanders would deal with some injuries and eventually lose the starting job to Gabriel Davis. In the two playoff games, Sanders had only four targets, with three receptions, 52 receiving yards, and one touchdown. 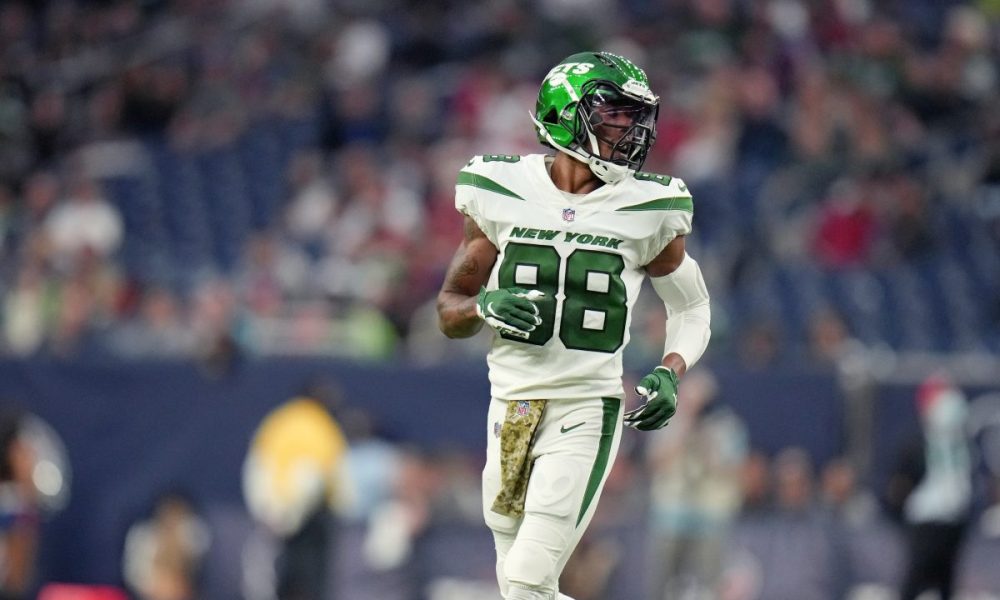 Keelan Cole is a very interesting prospect.  Over the last two seasons he has accumulated over 1,100 yards and 6 touchdowns.  The teams he has played with over the last two years?  The Jaguars and Jets.

His quarterback play hasn’t exactly been what you’d hope for as a wide receiver… The 6’1″ 190 pound wide receiver will turn 29 this year.  He ran a 4.33 40 yard dash coming out of college and has kept that speed throughout his NFL career.  He would be a low risk high reward type signing if the Packers got him on a cheap deal. While Green Bay isn’t necessarily looking for another slot wide receiver, Beasley is coming off back to back 82 reception seasons.  He’s had over 1,500 yards over the last two seasons and consistently proves to be a reliable outlet.  If Lafleur could find a way to make Lazard, Amari Rodgers, and Beasley all compliment via different schemes, it could be a nightmare for defenses. Will Fuller, when healthy, is legitimately one of the best deep threat wide receivers in the NFL. Fuller has averaged a robust 14.7 yards per catch throughout his career.  However multiple issues have caused him to miss most of the 2020 and 2021 seasons.  Fuller is the ultimate case of the boom-or-bust receiver. “Boom” in him being one of the league’s premier deep threats when he’s on the field.  The “bust” comes from whether he sees the field at all.  Going into the 2022 NFL season healthy, he deserves another shot at being “that guy.”

He has been as reliable as the come for years.  The last few years abnormal, and he is reportedly healthy for the 2022 season. 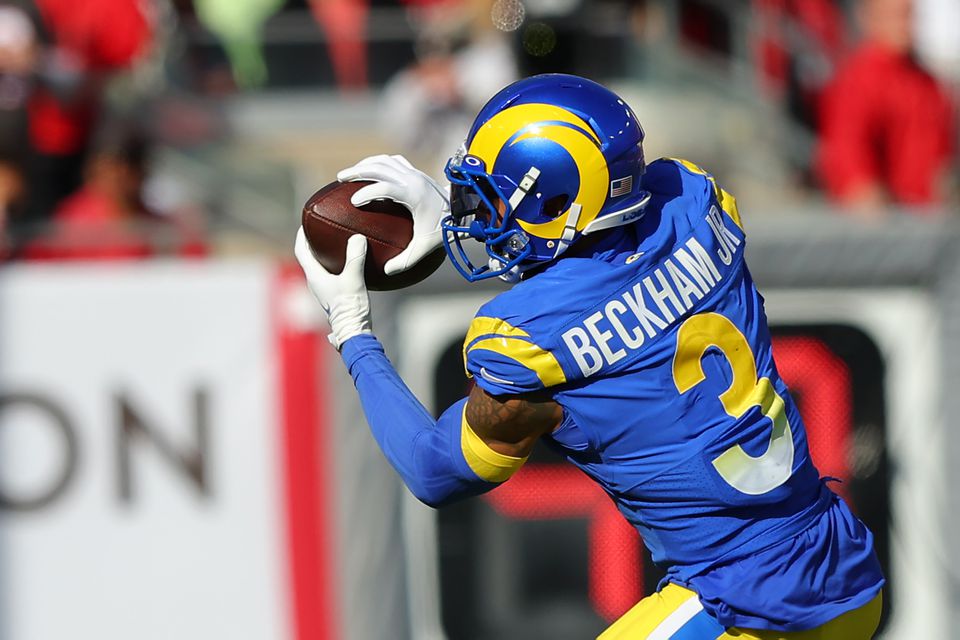 dell Beckham Jr turned his career around in LA last year.  Not so much because he had a monster year stat wise, but because of what he did in the post season.  He showed he can be a meaningful member on a championship caliber team.

In four post season games last year he finished with 288 total receiving yards, 13.7 yards per catch, and two touchdowns.  He averaged 72 yards per game, and was lighting it up during the Super Bowl before he tore his ACL.  He may miss half (or most) of the 2022 NFL season, but he showed he can be there for a championship run. 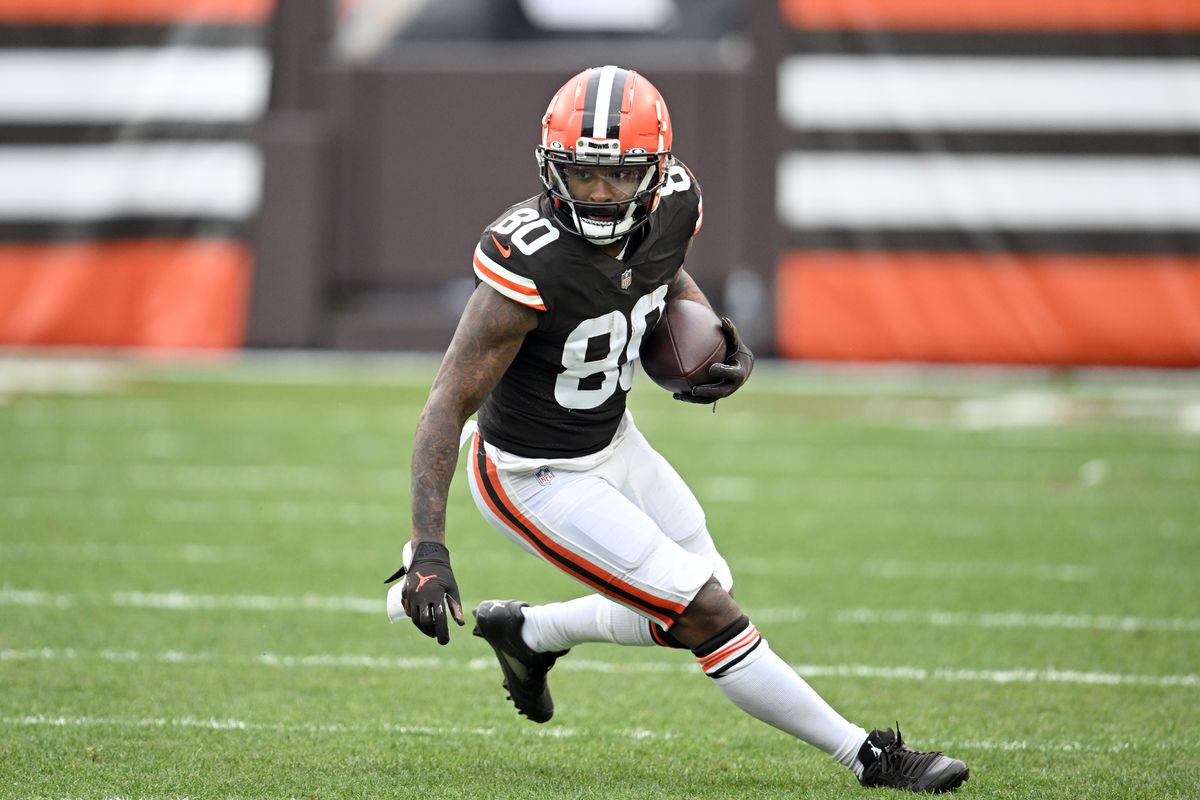 Jarvis Landry is arguably the best free agent wide receiver available.  Jarvis Landry is an eight-year NFL veteran with three 1,000 yard seasons under his belt. From 2015-2019, Landry made the Pro Bowl five times and led the NFL with 112 receptions in 2017. Playing with the Miami Dolphins and Cleveland Browns, however, have not provided him with the best quarterback play.  He would dramatically improve any offense that he joins.