The Packers have many in house needs to address this offseason when it comes to signings. However, they need to get better at the cornerback position. Regardless of what they do with Kevin King and Josh Jackson, they need to put a presence on the other side of Jaire Alexander. If they want to they could fill the position during free agency. Patrick Peterson and the Arizona Cardinals have parted ways and the Packers may want to take a look. The Packers clearly have a question to answer in the secondary. Josh Jackson hasn’t panned out and Kevin King has been the poster boy for inconsistency. This does not mean they are bad players, just that right now they are not the answer for the Packers at the corner position. However, Patrick Peterson is a veteran who is looking for a second chance, and when he is healthy he can make an immediate impact.

Peterson is an eight-time pro bowler and a two-time all-pro who has spent ten years with Arizona. In his last two seasons, he has shown a slight decline but it’s partially due to injury and age. He has still been impressive and can still make a difference. He had three interceptions last year and posted 61 tackles. The Packers as an organization have shown their willingness to sign players the league may view as “washed” or old and make them important players. Just to name a few examples:

All four of those players came to Green Bay towards the latter ends of their careers and made a great impact. Additionally, the two corners on that list came to Green Bay and played huge roles in playoff runs. Tramon Williams in 2019 was a big part of a young Green Bay secondary. He helped the Packers reach the NFC Championship game and started seven games for the Packers that season. Then there’s Charles Woodson who was just inducted into the Pro Football Hall of Fame.

Green Bay signed Charles Woodson in 2006, and they were the only team willing to do so. Woodson was looked at as injury prone and past his prime when Green Bay signed him. This is similar to Patrick Peterson’s current situation. However, Woodson would become one of the best Packers ever and lead the Packers to a championship in 2010. If Peterson were to sign in Green Bay and be half the player Woodson was then Green Bay would be very happy with the decision.

Patrick Peterson would be a low-risk signing as he would probably sign a discount deal. Peterson is 31 and looking to join a contender with the hope of getting a ring before retirement. Peterson has had a great career so far and could make an impact in Green Bay. 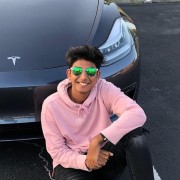