The NFL offseason, as always, is filled with rumors surrounding big-name players at prime positions. However, Cynthia Frelund of NFL.com took it upon herself to highlight each NFL team’s most underappreciate player. To come up with an accurate conclusion for each team, she created a formula ranked each player’s win share and compared it to their salary. Then, she took into consideration whether or not the player was drafted in the second round or later and if they had been named to any Pro Bowls. After considering these measurements, she came up with her conclusion of who the Packers’ most underappreciated player is: Adrian Amos.

This may come as a surprise to Packers fans. After all, many fans have been calling for an Adrian Amos extension for months. Perhaps fans would have named Yosh Nijman or another offensive lineman as their most underappreciated player. However, according to the formula, Adrian Amos earns that title.

According to Cynthia Frelund’s research, Adrian Amos has just the 17th highest salary among NFL safeties. At $9 million per season, the Packers are truly getting a bargain with Amos as one of their starting safeties. He earned the 13th-best overall grade at the safety position according to PFF and is widely regarded as one of the best tacklers at the position. 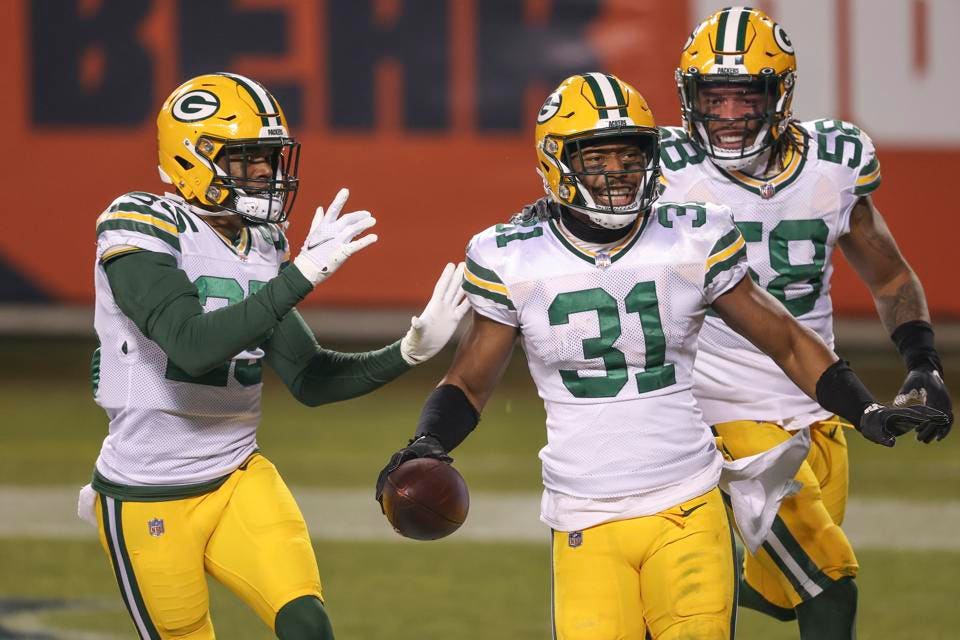 To say that Adrian Amos is important to the Packers defense would be an understatement. The seven-year veteran is widely respected around the NFL and is a bonified leader in the locker room. 2021 was certainly one of Amos’ best as a pro. He registered a career-high 93 tackles while hauling in two interceptions. Additionally, Amos allowed an impressive 61.9 completion percentage when targeted. The only year in which he allowed a lower completion percentage was 2018, his last with the Chicago Bears.

In addition to these statistics, Amos deflected eight passes. This tied for the second-most in a season for his career. All of these stats are more impressive when the amount of times he was targeted is taken into account. Last season, opposing quarterbacks targeted Amos 39 times. This was the most he had been targeted in any season of his career.

The Packers Have a Good Chance of Making the Super Bowl

Aside from her high praise for Adrian Amos, Cynthia Frelund also had many good things to say about the Packers as a whole, especially the defense. According to Frelund, “A big reason why the Packers are my model’s second-most likely NFC team to earn a trip to Super Bowl LVII is because of their defense.” Frelund explains that the Packers’ use of two-safety shells (zone defense) gives them a massive advantage. Her research shows that Green Bay employs this defensive strategy 67.4% of the time, third most in the NFL. Further research into the Packers defense and Amos’ effect on it determined that, “his passer rating allowed decreases by more than 15 points.”

The 2022 season is the final year of Adrian Amos’ contract. If he continues to be this productive, the Packers would do well to offer him an extension.

Related: Three players the Packers should extend next