Tariq Carpenter is not the most anticipated Packers rookie. Drafted in the seventh-round, it is believed that he will be used primarily on special teams. Additionally, reports from the Packers state that if used on defense, Carpenter will play a safety-linebacker hybrid role. Regardless of what position Carpenter will play, the Madden franchise wasted no time making him a part of their latest teaser video. For any rookie, that may have been an honor. However, the way they portrayed Carpenter, getting juked by Los Angeles Rams wide receiver Cooper Kupp, drew a reaction from the Packers rookie. 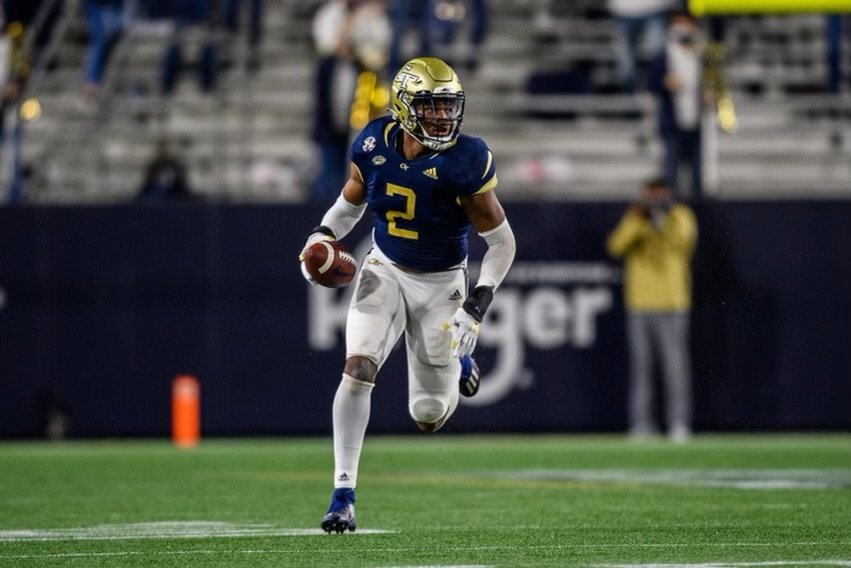 As a seventh round draft pick, there was not much released about Tariq Carpenter following the NFL Draft. However, there are still some things out there (thanks to social media) that can help Packers fans get to know the rookie a little better.

Playing for the Green Bay Packers Was His Dream

The Green Bay Packers are one of the most storied franchises in all of sports. Not surprisingly, there are many players who grew up dreaming of donning the Green and Gold. Tariq Carpenter is no exception.

So grateful to be a Packer!!!! Being a Packer has always been a dream of mine. It’s time to get to work! #GoPackGo pic.twitter.com/8m1A9lSyjg

The above photo from Tariq Carpenter’s Twitter account is one of him in a Packers Super Bowl shirt. If all goes according to plan, he’ll add a few more to his collection.

He Has Mad Respect for the Military

From the bio sent out on new Packers S Tariq Carpenter: His mother is a retired Army officer who served multiple tours of duty and he often finds a military member in the stands before games to shake their hand.

Carpenter’s mother, Demetria Fiffie, was quite the athlete herself. She played basketball for Central Methodist University in the 1990s. After graduating college, she became a staff sergeant in the U.S. Army. Fiffe served five tours of duty, including deployments to Iraq and Afghanistan.

Not long after getting drafted by the Green Bay Packers, Tariq Carpenter had one question for Packers fans:

where the fishing spots at out here in Green Bay?

When some Packers fans Tweeted him a video of their fishing haul at a Green Bay fishing spot, Carpenter had a follow up question:

where was the invite? https://t.co/oxsvXzuEBV

If you’re in the Green Bay area for some fishing, you may want to hit up Tariq Carpenter.