The Green Bay Packers remained silent during the final day of the NFL trade deadline. Fans were hoping to see a new addition to the roster, primarily a wide receiver. With a trade now out of the question, fans remain optimistic that a free-agent signing is coming shortly.

Sitting at 3-5, the Green Bay Packers are in unfamiliar territory. For each of the past three seasons, the Packers have won 13 games. After winning the NFC North last year, the Packers offered expensive, long-term extensions to multiple defensive players. In addition, they made Aaron Rodgers the highest-paid player annually in NFL history. With the Super Bowl window closing in Green Bay, the Packers were all-in to make a run at the Lombardi Trophy. So why didn’t the Packers try to add more talent before the deadline? 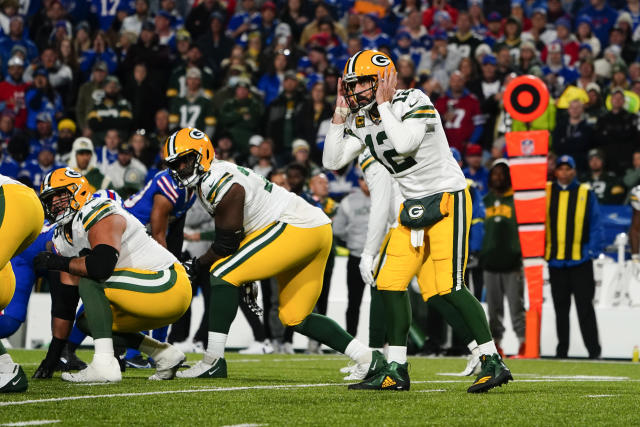 A current anonymous GM expressed their opinion about the Packers’ lack of movement before the trade deadline.

“The league is really changing, and if you are trying to win, then you’ve got to be willing to part with picks and be more aggressive,” the GM said. “But they also might be looking at it like they just gave their quarterback $50 million [a year] and he isn’t like [Drew] Brees or [Tom] Brady. There wasn’t any discount so they could spread it around to other guys. He wanted every penny, and they might be sending a message back to him now.”

Another GM, remaining anonymous of course, simply said, “Must be a f***** up place.” Harsh words about a team that has had plenty of success in recent years.

Nevertheless, the Green Bay Packers take on the 1-6 Detroit Lions in Week 9. Green Bay is looking to get back on track after losing four straight. Will they be able to block out all the noise from rival GMs or will it start to weigh on Green Bay?