The last week of the preseason is upon us. While teams have had to make roster cuts here and there, it is nothing compared to this week. More news has come out in the last couple of days of the cuts teams are starting to make to get to the 53-man roster. Today, the Packers cut former Wisconsin Badgers WR Danny Davis.

.@DDIII_7 dives for the TOUCHDOWN!

A 33-yard completion from @jordan3love. 💪 #GoPackGo

Danny Davis was an undrafted free agent out of Wisconsin who signed with the Packers post-draft. Things looked promising during the first preseason game. He caught a great 33-yard touchdown pass from Jordan Love, where he had to adjust to the ball in the air and dive for the pylon. It was one of the highlights of the game. However, the injury bug bit Davis as he dealt with an ankle injury. Unfortunately, an untimely injury for a player fighting to make a roster spot is not good news. The former Wisconsin receiver’s time with the Packers ends in a cut.

Packers released former Wisconsin WR and UDFA rookie Danny Davis. He had been sidelined with an ankle injury.

Davis’ chances of making the team were already slim. The Packers have a crowded WR room. Allen Lazard, Randall Cobb, Sammy Watkins, Amari Rodgers, Christian Watson, and Romeo Doubs are all pretty much locks to make the squad. This leaves Juwann Winfree and Samori Toure to compete with people like Danny Davis for a spot on the squad. Many were wondering whether the Packers would have to keep 7 WRs to make room for all of the talent. Even if Green Bay ended up keeping 7, there’s a good chance the Packers cut Davis anyway. Ultimately, it was just too crowded of a WR squad, and Davis had to be cut. 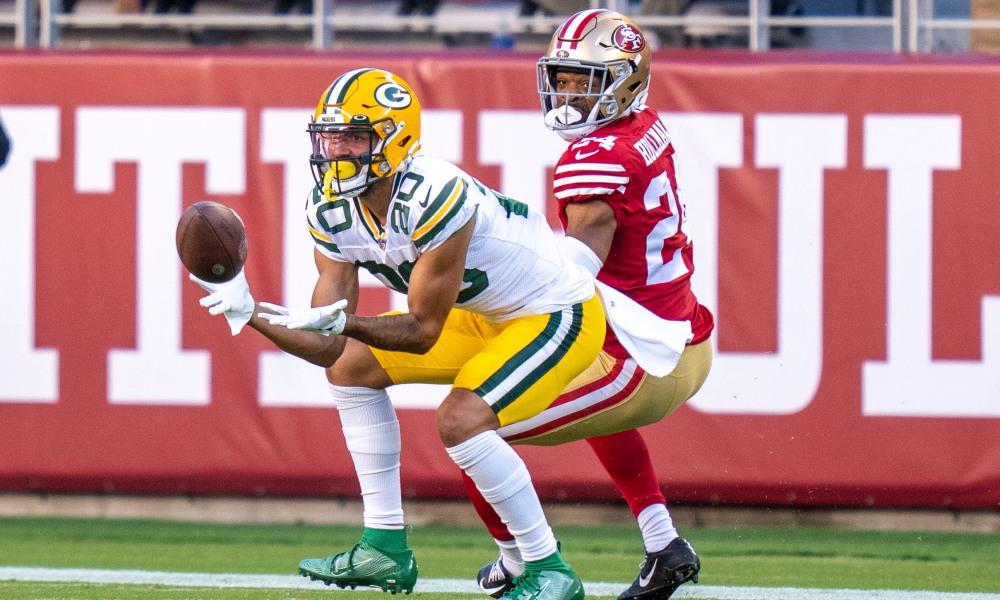 Davis certainly had a longshot chance to make the team. He made the most of it, but an untimely injury ultimately spelled doom for him. Hopefully, the former Wisconsin Badgers WR will be able to consequently find a new home after the release from the Packers.