Packers’ Records Could Be Broken on Sunday Last year, the Packers were called the worst 13-3 team in NFL history.  Many expected the Packers to decline.  However, the second season of the Matt LaFleur era has seen the Packers on the verge of matching their 13-3 record in his first season.  This time, though, the offense has looked better than it has in years.  So efficient and dominant has the offense been that there are several individual records that could fall on Sunday against the Bears. 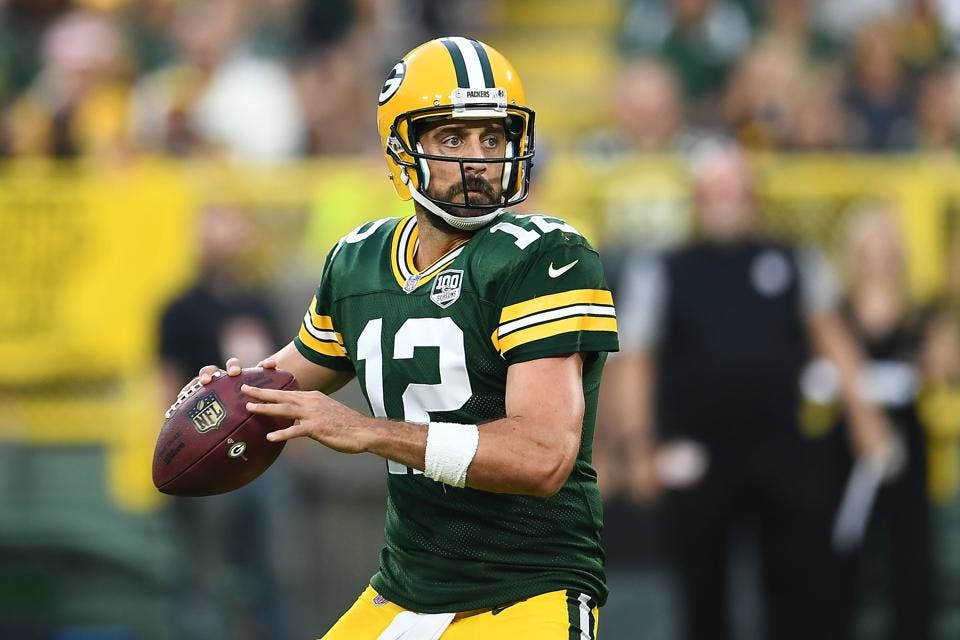 37-year old Aaron Rodgers looks like vintage Aaron Rodgers this season.  He has reached 40 touchdown throws for the third time in his career, the only quarterback ever to do it three times.  One of the most notable changes in Rodgers’ game this year is improved accuracy, which sounds strange to say for the quarterback with the best touchdown to interception ratio in NFL history.  However, since 2014, his last MVP season, Rodgers completed more than 65% of his passes only once.  This year, Rodgers is completing 70.3% of his passes, which would break his own team record of 68.3%.  He set that record during his first MVP season in 2011. In 1993, Sterling Sharpe set the Packers’ franchise record for receptions in a season with 112.  In 2018, Davante Adams came within one catch of that record, finishing the year with 111.  Now in 2020, Adams enters the final week of the season with 109 receptions, needing just four more to break Sharpe’s record.  As mentioned, the Bears have a depleted secondary, which will make covering Adams a challenge for them.  Excluding the Week Two game in which Adams exited early due to injury, he has not recorded fewer than six receptions in any game this season.  He is coming off an 11-catch performance against the Titans in which he also had 142 receiving yards and three touchdowns. 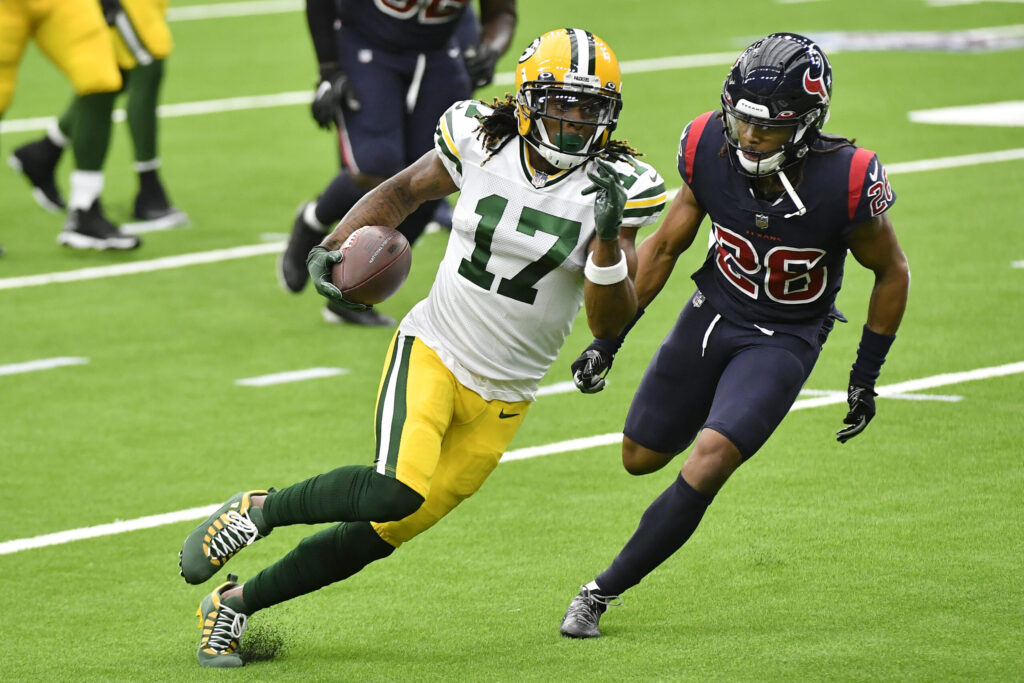 Packers’ fan-favorite Jordy Nelson set the Packers’ franchise record for receiving yards in 2014, the same year Rodgers won his second MVP Award.  In that year, Nelson recorded a team record 1,519 receiving yards.  Currently, Davante Adams has 1,328 yards.  This total is good for ninth in team history.  In order to break Nelson’s record, Davante would need 192 receiving yards against the Bears on Sunday.  While such a total seems unlikely, we would be remiss if we left this record off of the list.  In Week Seven against the Texans, Adams recorded 13 receptions for 196 yards and two touchdowns.  The odds of this record being broken on Sunday is far less likely than the other four records on this list.  However, it is entirely possible.